The New Atomist: A Selection from the Catalogue Raisonné of Anton Aubinov by Joshua Rothes

“In the end, I would like it to be said that I have been a silent conversationalist with the world, a patient interlocutor devoid of names and arguments, seeking and at odds with, always, the atomic.” — Anton Aubinov, 1998

For a while, he graced a footnote in a biography of Clyfford Still1, removed in subsequent editions, purged as too obscure, adding no value to the lay reader. He is heavily rumored to have been the young artist called a “pissant” by Barnett Newman in a story attached to but never actually recounted by Betty Parsons. He may or may not have been able to do hands.

The late painter Anton Aubinov remained near-hidden throughout his career, subsumed into the greater wave of late American abstraction. His lone New York exhibition, at a here-today-gone-tomorrow space in Chelsea in 1952, was thrown together to capitalize on the recent fame of Mark Rothko, who had displayed, for the first time, his multiforms the year before. As the story of Aubinov’s opening goes, the drywall on which his works were mounted had been improperly adhered to the concrete casing, and the collapse of one wall was the subject of much of the subsequent press. So it went, so frequently.

His work is stark, laconic, enveloping; the sense is that it spills off the canvas, or that you are seeing a blown-up detail of a bigger whole, rather than the stolidly enclosed interpretation afforded visually similar works. He is difficult to situate among the abstract minimalist and monochrome painters of the latter half the century. His tact was altogether different. He adored and bemoaned Suprematism as “the end of the line”, though he denied the influence of Rodchenko’s Pure Colours. He used a fine, no. 2 brush rather than a roller in almost all of his mature work. He arrived more fully formed than some of his more famous contemporaries (at least as far as the works that have not been destroyed), and, at a glance, changed little between his first recorded works in 1946 and his final show in 1998 at the Ruth Hall Gallery in Kansas City. At times he prefigured the coming tides, was proto-this or -that. At others, he was recumbent in the woeful ebb of contemporary fashion.

Aubinov, along with contemporaries and adversaries like Marius Stiller, Hedda Warg, Stefan Hardt, Mariel Osuego, and Frederik Zaar, formed a loose circle that has been united by various critics under the umbrella of low abstraction, a blanket term for those whose work resembled that of their better-known coastal contemporaries, but who lacked the pedigree or willingness to properly situate themselves within a critical lineage. They did not, for instance, refer to archaic, preconscious imagery, nor did they declare opposition or allegiance to the material world. Not in public, anyway. Hardt and Osuego, in particular, did cite some influence of the spiritual, but this tended to be a personal accounting, rather than a framework making reference to shared, intra-uterine mythologies.

While never completely disowning the moniker of low abstraction, Aubinov did not shy away from providing an explanatory framework for his body of work. Had he been discovered, on display in, say, The Art of This Century, he would not have been left defenseless. Most centrally, Aubinov believed that modern language is fragile; that we can only truly grasp, in language, words that “directly encounter the world. From these, we build simple metaphors to understand, in those terms, what we can otherwise not grasp, pithy fables which can then be used to construct more advanced metaphors, nesting upwards as high as allowed by an unseen physics.” We are never able to truly discard these constructions, no matter how ingrained they become; it is an all-consuming task to keep up, to manage this mentally, lending a brittleness, a thinness to our speech, according to Aubinov. “I aim to represent an utterly flat topography of these tenuous, idiomatic peaks by going somehow beyond them,” he wrote in the program for a 1964 show in Santa Fe. The confrontational quality of much of his work reflects this sheer distance from the literal, how ill-at-ease in the world we must be to have hidden ourselves so deeply away in words and speech acts that “do absolutely nothing”.2  He was unusual, in that sense, in an era that claimed to channel or at least attempted access to the pre-linguistic, to instead go beyond, offering a cross-section of our deeply entangled world from an extra-dimensional vantage.

The indisputable biographical details of the early and formative years of Anton Aubinov are sparse. He obfuscated or embellished his early life as often as possible, changing his birth year to suit the circumstance3. We know that he was born Benjamin Anton Aubin on November 10, 1923 in Castlegar, British Columbia, Canada. He had no siblings. His father, Matteo Aubin (1897-1935), was a longshoreman of some note, an important organizer in the ongoing unionization efforts that undercurrented the boom years for the shipping industry in Vancouver, following the opening of the Panama Canal in 1914. He participated in the Battle of Ballantyne Pier in 1935, before being killed in a car accident later that year. After Matteo’s death, Aubin’s mother, Ann (1880—1961, née Denomie), moved the two of them to South Vancouver, where he, at least briefly, attended John Oliver High School.

Aubinov’s next confirmed appearance would be in 1948. By then he had added the -ov, a change on which he never commented.4 The occasion was a small showing at Obrasy, a Seattle gallery owned by Anissa Ryley, promoting him as the West’s own answer to Robert Motherwell.5 In those formative years, he aimed himself at New York, but his ambition to permeate the impossible scene of that city largely faded after the disastrous 1952 show. He moved at least once per decade, switching gallery representation as often, content to live comfortably under the radar, a middling figure in minor cities, until his death in 2001.

The Aubinov Foundation was established in 2014 from a meager trust of bonds and bank accounts left by the painter following his death. As is required by law in several states, a notice was placed in newspapers in every county in which he lived or work during his lifetime6, advertising the event of his death and requesting that anyone with debts to settle come forward. The length of the resultant line was sufficient to delay plans for more than a decade, but what funds remain have now been allocated to the Foundation, further bolstered by several generous grants from associated local arts councils.

The Foundation is in the earliest stages of photographing and measuring the thousands of canvases left behind, most of which were never sold or exhibited. It is my task to then match these images, based on a near-illegible dating schema, to passages in Aubinov’s extensive diaries. There is something to be said by the artist for nearly every work, though what they reveal of his intentions is largely up to the reader to decide.

For this occasion, I have their written permission to share these ten works. It is the ambition of the Foundation to host online the entirety of Aubinov’s works on canvas, a substantial selection of drawings, as well as an archive of written material, spanning interviews, press clippings, and additional notebook material. As new works and materials are available, they will be added to the Foundation’s website at aubinovfoundation.org.

2. Though never referencing him directly, Aubinov seems to have built many of his ideas on those of J.L. Austin, and in particular, the concept of “performative utterances”.

3. Most famously, he gave his birth year as 1918 on a series of forged documents he submitted as part of an application to Washington State University in 1939, in hopes of studying under Clyfford Still. This was the subject of the aforementioned footnote.

4. It is speculated that he did this explicitly as a sort of “reverse Rothko”, but the dates do not appear to support this hypothesis. A best guess comes down to his affinity for the Russian emigre artist community of Paris in the early part of the 20th century, particularly Petr Konchalovsky.

5. He would fight the comparative monikers the rest of his career, the “burden of being minor” as he once termed it. When he died after collapsing on a walk near his home in Kansas City on February 18, 2001, he had most recently been called “our own Robert Mangold” by the Kansas City Star.

The most sensitive part of a melody comes not at the highest note, but at the lowest, because here the bottom may fall out entirely. Imagine something like taking a stick and running it along a ledge on which new icicles have formed. The brittle highs, in the end, show a real restraint toward the kind of physicality characteristic of the lows, which are more like boulders than anything, and tend to remain where they land.

The natural world is impossible, make believe, and we are living in a skeletal habitat that has not been designed for us, but neither do we find it distasteful. It is an unguarded assumption that man craves meaning. Also, that he is capable of speaking at all. 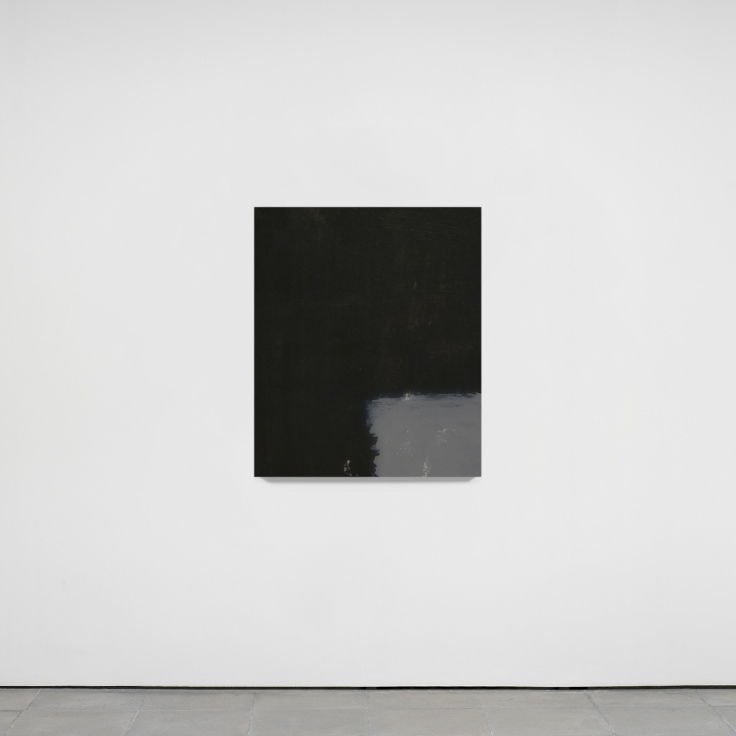 On a curious avenue, they have taken to planting the trees upside down so that the leaves grow up through the cracks in the sidewalk. It would seem a marked improvement, for some.

Philosophy, like the radiant scutes of a river turtle, does not make sense outside of an evolutionary niche. Logic is bounded by ecology on all sides. Consciousness is perhaps the log and not the river. Already this metaphor is tedious. 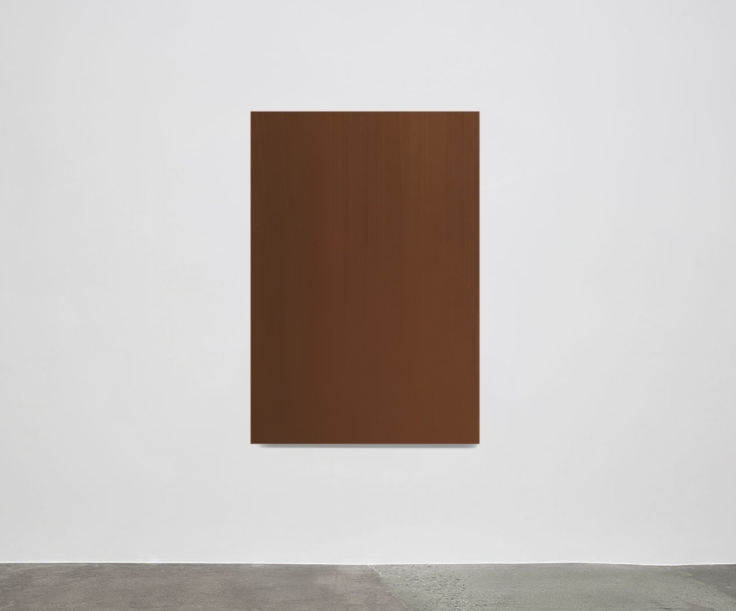 I could take you to understand the smallest unit of a human being to be the limb and/or digit, nothing smaller, and though they share some constituent parts in tissues, fibers, cells, etc., it is senseless, to you, to talk about anything below the level of functionalism at human scale // The great frustration of scientism is that the perfect description seldom changes anything.

Already the patients have come, are among us, being wheeled through grocery stores and banks in wheelchairs; not dangerously contagious, mind you, just sick enough. They are fighting something. I do not know if it is illness or wellness. But there are more every day. The religious scholars call it an aterminal, antipathetic plague; the mystics would not be so forgiving.

The emphasis on chance reads like a manual. There are seven stages; right now, I can only reproduce six. The seventh is a repetition.

in the very thick of their 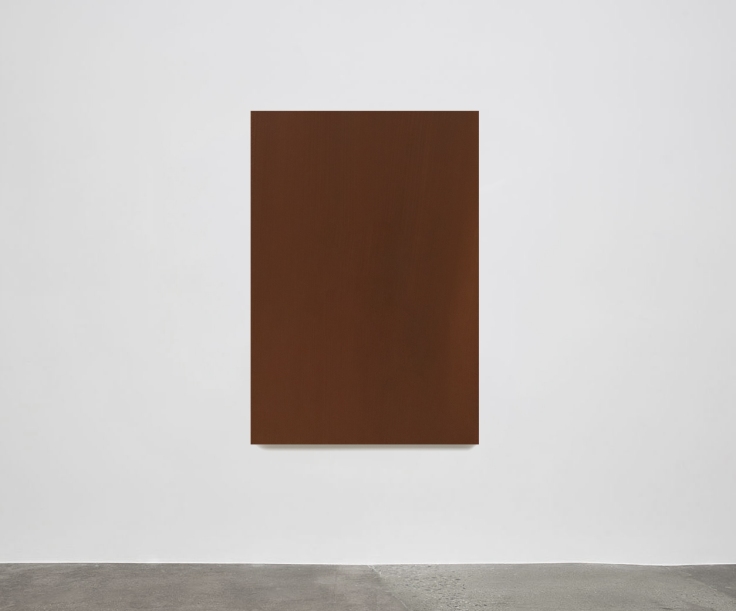 It is erroneous to believe that fetishization is a single-step and unidirectional process. It happens again and again. // To think, I have visited a pulpit for this.

* Armand here is the poet Armand Finestrez (1940-2009), a friend of Aubinov’s from the early ’60s on. Finestrez was fond of parish housing, which could frequently be found for rent, for various reasons. He believed the “spiritual apparatus” of the houses to be ripe for poetry.

Should I point out that the high walls of our minds are porous and feeble, transferable clean-through by outside forces; should I invoke the hypothesis, neither exaggerated nor dry, that intentions run thin under scrutiny, that language is only a thin film overtop experience; should I intimate a will; should I betray a light beyond the fully formed, a light outside (for it is night time) or so much as a downmarket optimism, I will surely lose. 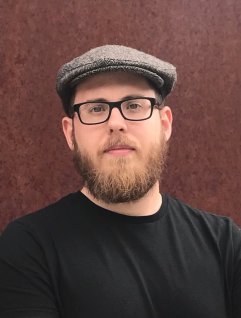 Joshua Rothes is the author of several brief works of fiction, including An Unspecific Dog (punctum books, 2017) and The Ethnographer or, Nixon in Caracas ’58 (self-published, 2017). His work has appeared in The Scofield, The White Elephant, and as part of the Burr Collective. Short stories include “The Condor”, “Coterminous w/ Landscape”, and “News From the Coast”. He lives in Seattle, Washington. He is on Twitter @joshuarothes.