A Point, A Line by Kelly Krumrie

Anastasia was fed by a ghost, a thread. She put the thread into her mouth. The thread pulled taut, and its extremities formed points at her throat and fingertips. Theodota put the spools in her hand at night. She slid between the atoms in the wall, a vapor, and set them gently in Anastasia’s palm.

She narrowed the palm, turned her hand over and back to see its shape become a surface, and then a line. A straight line is a line which lies evenly with the points on itself, and the thread’s points were infinitesimal. Her hand’s points were their own surfaces. Time moved while she was in the room. Its line extended in front of her, and once a spool was in her palm and Theodota went back through the wall, time folded back to its origin, fingertips to shoulder.

She laid thread along the floor in rows. She swallowed Theodota’s vestigial mist.

The breadth of her arm inhibited faith, concentration. Theodota moved as the crow flies.
Theodota had become a bird, a wind. Theodota twisted her spirit into fine thread. Anastasia pulled upward on her skin, embroidered hair into her clothing. She tied one end of thread to her finger and swallowed the rest of the spool in portions. The line would form in her body, and she could then pull tight, aligned. She sat up straight in her cell.

Anastasia wove a potion of thread and air. It hung about the room.

Lines formed in and on her body, her ribs parallel. She prayed to the mysteries that it was the formation, not the form, that was mysterious. That it was the string, not the bread, that sustained her. The bread turned to dust on the floor. Theodota released spools and they spilled from Anastasia now diaphanous.

Her arm, open, formed the night, and her arm, closed, made day. She moved slowly and then in a line of flight. The thread perceptible through her skin. All was malleable. All infinity contained in this stone corner.

This story is a retelling of the apocryphal St. Anastasia of Sirmium, the patron saint of weavers, healers, martyrs, and exorcists. She was imprisoned and sentenced to death by starvation. The ghost of St. Theodota visited her and secretly fed her. She lived this way for sixty days until the Romans tried to drown her, but Theodota rescued her again. Then she was burned alive. More of her story can be found here: http://www.catholic.org/saints/saint.php?saint_id=17

“Within this new ideal network of space and time all events now took place; and the most satisfactory event within this system was uniform motion in a straight line, for such motion lent itself to accurate representation within the system of spatial and temporal co-ordinates. One further consequence of this spatial order must be noted: to place a thing and to time it became essential to one’s understanding of it.”
—Lewis Mumford, Technics and Civilization

“She is an abstract line, or a line of flight.”
—Gilles Deleuze & Felix Guattari, A Thousand Plateaus

A point is that which has no part.
A line is breadthless length.
The extremities of a line are points.
A straight line is a line which lies evenly with the points on itself.
—Euclid, Elements, Book I, Definitions

“It is the formation, not the form, that remains mysterious.”
—Gaston Bachelard, The Poetics of Space

“All infinity can be contained in this stone corner.”
—O.V. de Milosz quoted in The Poetics of Space 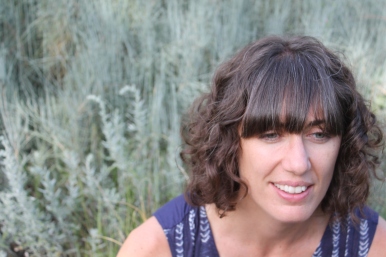 Kelly Krumrie is a PhD student in Creative Writing / Literature at the University of Denver. Prose is forthcoming from or appears in Black Warrior Review, SHARKPACK Annual, Sleepingfish, Shirley Magazine, Your Impossible Voice, and others. Twitter it up @syntacticon

About the banner image: Parts of a blanket or garment of roughly woven fabric were in place about the hips. This skeleton was removed intact and is now on exhibition in the Museum.