I see, I said, when I saw, but if I am to believe, be it in science or in faith, then what I said, I saw, I did not see. There was something else entirely, and it was there, right there, for me to see, but I only see what I saw, and what I saw was not there. The coffee arrives in a small café in an isolated mountain town where, through broad bay windows, sunlight bathes the interiors of homes, as it does the landscape in which those homes nestle. The coffee arrives, as coffee does, the sunlight bathes, as sunlight does, the landscape sits in a verdant valley, as landscapes do. We hold these realities to be self-evident. We hold the memory of these realities to be self-evident. We hold the faith in the memory of these realities to be self-evident. Until one day the coffee does not arrive, the sunlight does not bathe, the verdant valley does not landscape (like a dog positioning itself comfortably on a mat), and I sense these things, I do, but for some reason, inexplicable I’d say, I simply cannot say what it is I did see. Maybe just a legacy. An heirloom.

We left the isolated town for the first time, left the dark stones in their immobility, left the unnerving wail of cats whose language we were grudgingly beginning to understand, left the dank penumbra of alleyways that led to nowhere, left the strange new shadows we’d begun to develop and which on more than one occasion startled you late in the night when you awoke to find yours sitting in the armchair beneath the moonlight’s amber glow, eager to talk, and you obliged these shadows that we now left at the town’s main gate and made our way down the steep spindly bridge where, somewhere at its midpoint, you urged me Lot-like not to turn but like Ado I did, I did, and cast my gaze on the isolated town that now, from our vantage point below, rose to meet the spangled universe like a dark flower, a just-budding black hole, and you touched my arm and discovered my flesh was not salt, no, not yet, and you began to speak as in tongues, your lips moving of their own volition, recounting oddities you’d witnessed in the town’s streets at all hours and which you now understood were visions, not psychological manifestations of a childhood fear relived, but visions of movement that had been gifted to you, you insisted, because you’d looked away and looked back, looked away and looked back – you looked away and you looked back – enough times for your vision to shift and it was then that the eyes in the thousands of creeping vines covering the facades stared back at you, then that the faces in the damp stones became visible and spoke to you, then that the dark corners arose and walked to the central square, you now somehow understood was sacred ground, and they assembled with a congress of cats, and other living penumbra, around a vibrant glow like a campfire you’d never before perceived and they sat, all of them, in a strange circled meditation, and you – you pulled out your camera – so everyone would believe, you said, Lazara, everyone must believe, but during development the film went black, a black your eyes could scarcely behold, and you never spoke of it, for fear of madness, not of accusations of madness, but of madness itself, the one that dawns on you when you see things others do not, so you never spoke of it, until now, never spoke of it, until the spindly bridge on which we stood began to rattle like a snake’s tail beneath our feet, affirming what we already knew: that we were to never speak of it.

These two prose poems emerged from my recent writing fellowship in Civita di Bagnoregio (Italy) and form part of the larger collection of prose poems I’ve entitled ‘Civita Elegies’. Civita di Bagnoregio is known as la città che muore or ‘the dying town’ because it is literally crumbling away due to erosion and is as such a metaphor for societal decay and climate disaster. It is for this reason I’ve chosen to call these prose poems ‘elegies’.

JP Apruzzese and photographer Janet Neuhauser were awarded artistic fellowships for 2018-2019 through The Civita Institute, whose mission it is to inspire and promote design excellence through education and cultural exchange between the United States and Italy. For more information, see www.civitainstitute.org. 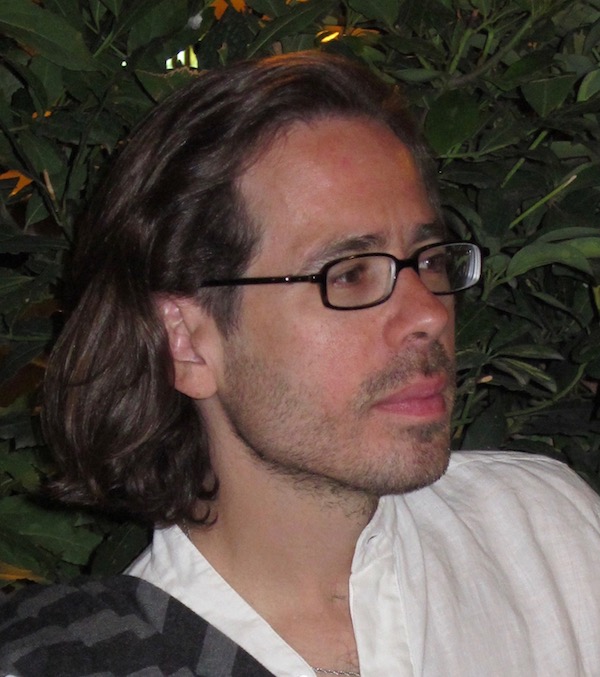 JP Apruzzese is a poet, writer and translator living in a small town outside of Rome, Italy. When not writing, he spends his time with his dogs watching the mountains move. His work has appeared in The Adirondack Review, Brooklyn Magazine, and PANK. 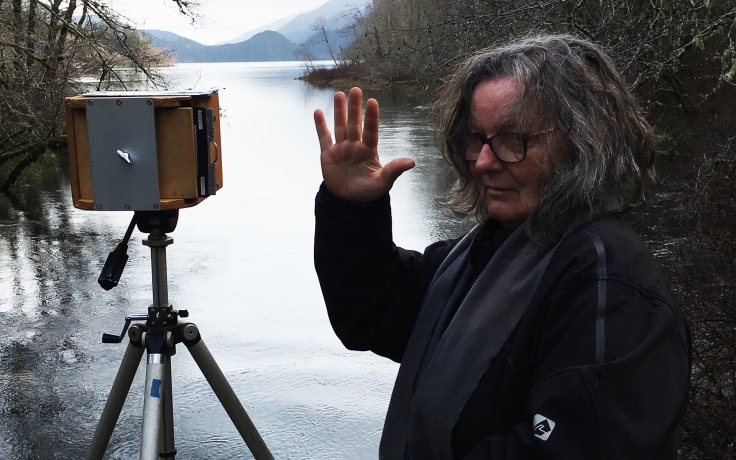 Janet Neuhauser is a photographer based in Seattle. In the 1980s, she lived in New York City where she renovated a house in the Red Hook neighborhood of Brooklyn, supported herself as an editorial photographer, and received an MFA in photography from the Pratt Institute. She taught at the International Center for Photography from 1986 to 1991 before returning to Seattle to raise her daughter. She has exhibited widely and her work has appeared in many collections. For the last 20 years she has worked almost exclusively with pinhole photography. Her work is available at www.janetneuhauser.com and www.thepinholeproject.org.