To My Daughter by Zachary Payne

today they told me you will be a woman

a girl, a girl

we are having a baby girl

I will be a father

and with this great news

I’m hurt by the privilege

that besides all of the battles

will exist when you are born

you don’t have to be a princess

(unless that be your desire)

I hope that your first word is mama

from her comes your strength and human beauty

in your grandmothers you have examples

of fight and love

and in your sisters the union

so that the world doesn’t change you

but that you change it

DEATH TO THE PATRIARCHY 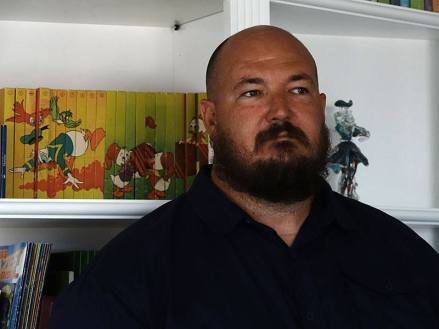 Zachary Payne is poet and translator who works as a Spanish and Applied Linguistics Professor at Windward Community College.  He learned Spanish at the age of 19 and this new language opened up his creativity and became the language of his poetic voice.  Since then he has received his Ph.D. from the Complutense University in Madrid, in Spanish and Latin American Thought. He has published two collections of Spanish poems, the most recent being Robos, Setas & Sombras (Huerga y Fierro, 2014) and was included in the anthology: Disidentes antología de poetas críticos españoles 1990-2014. (La oveja roja, 2015).  Zach continues to write in Spanish but on occasions will write in English. In 2016 he published Termitas/Termites a bilingual online chapbook and his poetry collection Termites: the illegal occupation of paradise is forthcoming in Prote(s)xt from Hester Glock Press in 2019.