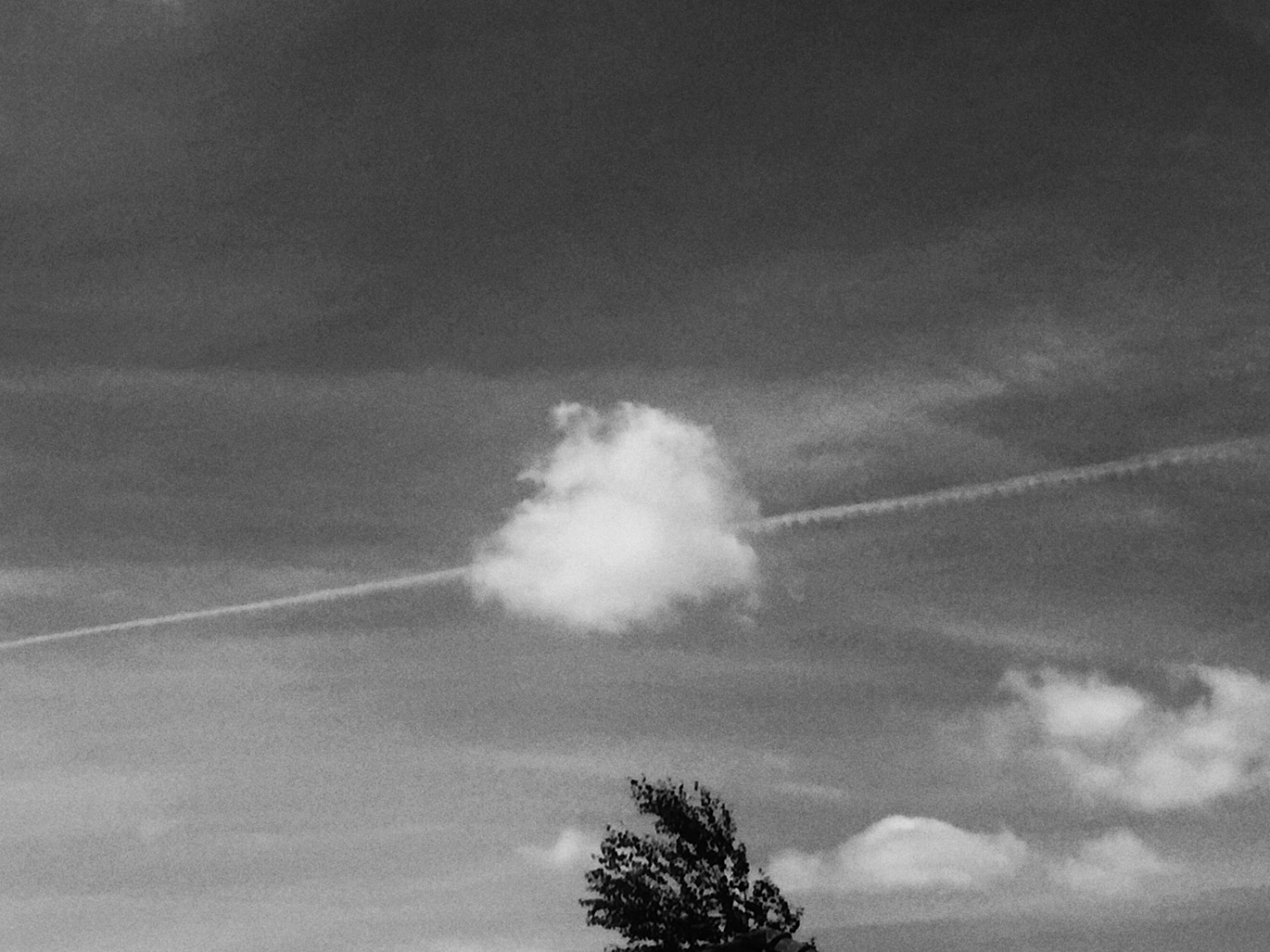 You complete me, he says. In the movie. Manufacturing swoon and meme for the masses. Romance aside: I stare at art. I’m stunned by some lines of charcoal on paper. I’m liberated. It completes me. A moment of Eureka soft as morning. An Oh Snap gentle as the night. Our habit is of completeness: each irregularity will eventually be found by a being that seems born to complete it. Our habit is of individuality, and then overcoming it.

Life is an appetite for destruction and a quest for love. This is no mystery – what’s weird is that they converge. The assymetrical experience needs to be constantly on the move. It’s a fight or flight kind of thing, just like time. Time creates irregularity and we make order out of it, step by step. Gardening, shaving, putting things into boxes with names on them, treating other humans like boxes with names on them. Attraction, repulsion, tick, tock. Anywhere we look it’s the same thing. One heart pounding. Explosions in slow motion (forwards, backwards, looping). And the river runs in soft zig-zag. It keeps itself fresh and healthy that way. Just like veins, roots, breath. Back and forth we go.

It seems to me that we all, at any given point, have two opposing wills. We want to be ugly, we want to be beautiful. We want a world in peace but we enjoy, somehow, the fight for it; democracy but my way, now. We want to be special – to stand out from the crowd – but not be separated from each other; healthy and shiny but it wouldn’t kill you to know my story and feel a bit sorry for my hardship anyway. You might think it’s far-fetched to claim opposing wills but I’d say that’s just how it looks when we hide that ‘other will’ from ourselves. And we always have a great explanation for this ‘opposing will’. Sometimes a bit too elaborate if you ask me. I work hard at mine, it’s a masterpiece, impeccably composed.
If this world is so faithfully stuck with the same issues (well sure, different clothing) that has plagued humanity across the entire known history, is it really so far-fetched to say that it might just be adapting to meet our desires? Not to say that we actually want the bad stuff, but do we really want the issues to be resolved? Are we just bad at life, or do we find some strange joy in issues?

The vengeance of gods turned out to be mere domestic quarrel between tectonic plates. Science explains us and therefore completes us. Completion, knowledge, beauty, these are all ways of symmetry. Knowledge is description that rhymes with the object known. It’s beautiful. The mathematicians say this too: truth is recognized by its simple beauty. It all adds up. Life is walking on a seam that is sown in the moment we plant our foot to the ground and ripped in the instant we lift it. Beauty is not the seam but the unravelling. When the world meets our peculiarities we cease to exist. This is water. This is sex. This is love.

I was trying to put my finger on this feeling of kinship between beauty, love and silence. It led me to the wagon-wheel effect – obviously – which you might have seen in those old westerns, bless their hearts. What usually happens is that the wheel appears to move backwards but it can also look like it’s standing still. This happens when the frame rate of the film coincides with the position of the wheel spokes. If the wheel is in the same position in every frame it appears not to move, even though the spokes are changing positions between frames. Using this as a metaphor paints a picture: When the ‘subject’ is perfectly aligned with the ‘object’, time stops and order ensues.
In gardening our lives we’re simply trying to be here now, just for a little while that still feels safe enough. The method is erroneous but of good will, forgive yourself for it. And think about this the next time you fall in love inside the eyes of a stranger. It feels like time stops because time has stopped. And silence is a perfect storm; love is perfect dancing. Beauty absorbs us and we absorb it. We’re all getting sucked into each other’s wheels. Sooner or later.

I just have to decide what it is I want. The one, the other, or the both. Right now I’m in the both mode most of the time. As is most of my brothers and sisters. We’re constantly seduced by the erotics of anger and we keep offering it to each other. We rejoice in the play of assymetry but it sort of needs to be someone else’s fault. Sometimes I wonder if the clown of the west actually deserves my gratitude. Is he a godsend? A teacher? We had Mandela, now we have him, the beauty and the beast. The choice is simple enough and the terms are obvious.

Symmetry, which is the most comforting experience our senses can have, is nothing but a metaphor of our own disappearance as separate individuals. ’Separate’ from whatever nature extends through us all. Call it what you will – we’re in this together by any name. The Big Bang created equal amounts of matter and anti-matter and they should have immediately extinguished each other on that account. But strangely somehow that didn’t happen: symmetry broke and matter won by the tiniest fraction. The Universe exists because of this subtle discrepancy. Injustice is – thus – a water we may choose to breathe and the joy of beauty is an erotics of annihilation. It completes us. We shall be released and it’s kind of scary. Nothing terrifies me the way love does.

Fredric Nord is a writer and photographer living in Karlstad, Sweden. He enjoys basic forms of magic – like watching dogs run as fast as they can, the potential of charcoal on paper or the alchemy of a single violin emanating out of silence. His work has appeared in Phases Magazine, Phosmag, Mutantspace, Burning House Press and in print via Antler Press. Fredric is currently writing at length about vision as silence or poetry and how it may be utilised as an act of love.