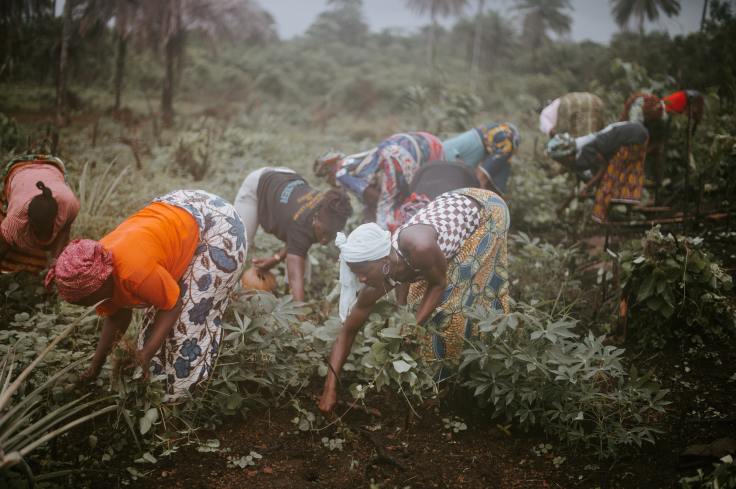 Photo by Annie Spratt on Unsplash

I go home at night and eat some rice and close my eyes. I would like to do impressive and unusual things. I think about how I have never lived very far away from where I’m from for very long, and how I would like to, and I think about how I could do that. The word “intrepid” comes into my mind. I look at the shape of the word. The other word that comes into my head is “rich,” but I put that aside because it is pointless for me to imagine being rich like that. I could be intrepid. People without any money travel. Am I confident and capable and un-fearful enough to do that? Back further in my life maybe, when I was a sneaky teenager and didn’t miss romance from my life, because I didn’t know I wanted it. Romance is not a luxury. I am sure that is true.

In the garden I wash rocks to edge flower beds with my friend, and we talk about how we both have tried in the past to purposefully do interesting things, how we have both relied on collecting experiences to make into stories in lieu of innate sangfroid, loucheness, style. I look at a piece of navy ceramic turned up in the earth and think about how he has enacted this very effectively, has lived all over and done many things. I ask him about it one day, whether he had misgivings about his right to live those lives. He doesn’t know what I mean, exactly. I don’t either, I realize it was a weird question to ask suddenly.

Shame is a worm. I feel too ashamed to want certain things for myself, and then I feel ashamed for not having done certain things. The answer is to push these feelings down and do things regardless, wilful and sure, but I feel so fallible and embarrassed. I used to not care particularly about dying but now I do, very much, maybe even too much.

Sometimes I think about getting a cat, other times I want to go far, live on a boat on the sea. I see a tweet advocating that only isolation can produce good writing, and I imagine leaving everything and going to live somewhere remote, on my own for a long time. I hold the idea from the tweet in my head and walk around it. A few days later I am watching some cooking video and an ad for a Masterclass™ in writing with Joyce-Carol Oates comes up. “The biggest barrier to your writing” she says, tremulous and grave, “is other people.”

Again, this idea. I think about it, and half-heartedly look up isolated writing residencies. You have to pay for a lot of the ones that come up first in the search. I am sure there are some you don’t have to pay for, but I don’t know how to look for them, I feel they are at a remove from me, I feel this way about many writing opportunities. That they are not for me, that I shouldn’t apply.

This idea, about being alone to write is one I simply find hard to look at squarely. There are people in my life who I hold so dear, who have helped me very practically: bought me groceries or loaned me rent money or slept beside me or written me letters. I live with ten people. I need them and they need me. I think about how I would be, quite likely, dead had I not met certain people, stars in a constellation I was blessedly drawn into.

I think about my interesting and storied friends who are by turn and at various times: capable, competent, fragile, in need of support, silent at my kitchen table or laughing with me in the street. I feel interesting by turn, and cool. I have never even read anything by Joyce-Carol Oates.

While calling my parents I ask them if I was a lonely child, trying to get a sense of whether I have always been in some endemic way just kind of wary and ineffectual, an explanation for this period of stuckness.

“You were never lonely.” my mother says, sternly. “When you were by yourself it was because you chose to be. You were pretty normal… happy and curious.”

I’m disappointed, embarrassing as that is. I don’t feel happy or curious these days, and grappling with the loss of those things is harder, I think, than if I were naturally disposed to melancholy hermitude. My mother sees my look. She chastises me, mildly but clearly, for my response, useless disappointment. Why do you want to be sad?

That was a last alternative to thinking about the events that that made me this way now, myself, a person I consider boring. Events which were unromantic, caustic and out of my control. I was intrepid once before. I can grasp at it again, I think, but the thought of that grasping makes me tired, a weight deep in my organs.

I get into bed that night and look at the curved navy ceramic I brought in from the garden. Glowing blue-ly on my windowsill. I remind myself I have the romance– the grit of it, anyway, if not the trappings.

Rosa Jones is a writer based in Glasgow, where they co run The Small Trans Library, a resource for trans and non-binary people. Their essays and poetry have been published in Ache Magazine, Banshee, and by 3 of Cups Press, and forthcoming in SPAM zine.