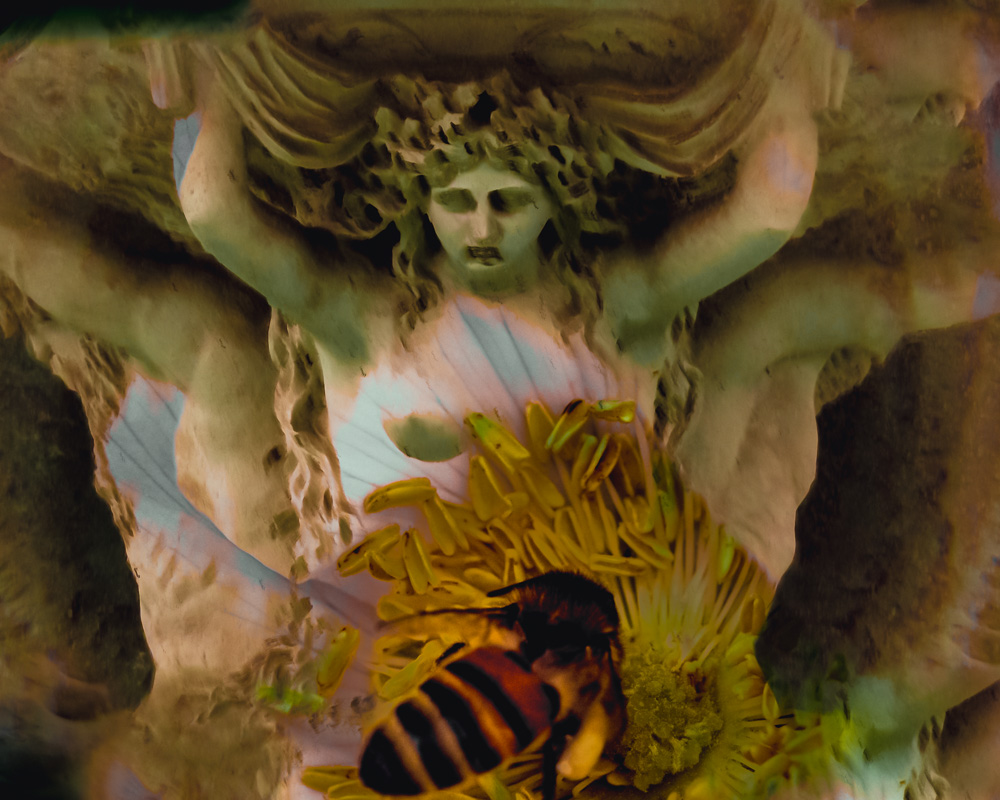 In the following I will give a reading of the embodiment theory of Merleau-Ponty to articulate the lesbian body in the work of the Victorian poet Michael Field. The aim is to show how such a reading of the female body allows lesbian possession in the double vision of the authorship of Michael Field. This disrupts the dominant model of gender and sexual asymmetry in Ancient Greek and Victorian culture. The female body in the poetry of the Michael Field is embodied in at least two conceptualizations of Merleau-Ponty’s theories of the corporeal. These are the notions of the inseparability of the idea and the body and the reversibility of the flesh. The reversibility of the flesh occurs through vision, touch and sound. This is defined by Merleau-Ponty as a movement between visible/seeing, touch/touching that occurs through the “dehiscence of the flesh” (The Visible and the Invisible 146). The reversibility of the flesh also embodies the authorship of Michael Field as this too is an idea that stands in for the body. The single authorship of Michael Field is the creation of the collaboration of Kathryn Bradley and Edith Cooper as two lesbian women writers in Victorian England. The female body in the authorial invention of Michael Field embodies a lesbian double vision of the reversibility of the flesh. This embodiment subverts the dominant order of gender and sexuality in Ancient Greece and Victorian England. Michael Field’s first book of poetry Long Ago is a re-writing of the ancient Greek myth of Sappho in Victorian England. Sapphic flesh in Long Ago embodies the double vision and sensation of the reversibility of the flesh and the Sapphic gaze. The reversibility of Sapphic flesh is a torsion, a turning inside out, a negation of itself that subverts the Ancient Greek and Victorian construction of femininity as death and masculinity as life. Bronfen in Over Her Dead Body defines this fully where “femininity” is associated with “disorder, pollution, nature, separation and death” and “masculinity” is affiliated with “order, purity, society, culture, integration and life” (197). From a queer perspective Sue Ellen Case defines this equation in terms of sexuality as “hetero=sex=life and homo=sex=unlife” (384). Yet, the Roman poet Ovid translates Sappho as Lesbian into heterosex where the unrequited love for the fisherman Phaon brings about her suicide. Hence, I contend that Feminisms and queer are compatible methodologies as both “queer” people and women are configured as death within the “generational production” of patriarchy (Case 384). Bronfen adds that female sexuality is not only seen as “flawed” and as “death” in Ancient Greek culture but also “anti-thetical to cultural procreation” (199). Both the lesbian double vision of the authorial invention of Michael Field and the turning of palpation back upon itself in Sapphic embodiment subvert the heterosexism of Ancient Greece and Victorian England. First, I will speak of the embodiment of the authorial invention of Michael Field then I will speak of Sapphic Flesh in Long Ago.

The authorship of Kathryn Bradley and Edith Cooper involves doubling, division and the creation of “the sole body” of Michael Field. Merleau-Ponty talks about the doubling of vision, he says:

as soon as I see, it is necessary that the vision. . . be doubled
with a complimentary vision or with another vision: myself
seen from without, such as another would see me, installed
in the midst of the visible, occupied in considering it from
a certain spot. (The Visible and the Invisible 134)

Merleau-Ponty says that the viewer “cannot possess the visible unless he [sic] is possessed by it unless he is of it” (The Visible and the Invisible 134). In the same way the doubling of the visible is evident in the authorial relationship of Kathryn Bradley and Edith Cooper as Michael Field in their poem “A Girl”. Angela Leighton believes that “A Girl” is written by Kathryn Bradley for Edith Cooper. The poem demonstrates a divided dual authorship in that the poem is at first written by Bradley but finished by Cooper. The divided nature of their authorship is also evident as Kathryn called herself Michael and Edith called herself Field. In “A Girl” Bradley appropriates what Liard calls “the convention of a single (male) speaker, while gazing at his youthful beloved, [who] utters his love for her” (116). Bradley appropriates this normally “single (male) speaker” to speak of her love for a woman, Edith. In the same instance Bradley also co-opts what is normally the locus of the male gaze to demonstrate a lesbian articulation of Merleau-Ponty’s notion of the double vision. Kathryn Bradley as viewer possesses the vision of “A Girl” (Edith) by writing her vision of her by becoming this vision in language and the elemental:

A girl
Her soul a deep-wave pearl
Dim, lucent of all lovely mysteries
A face flowered for hearts ease
A brow’s grace soft as seas
Seen through faint forest-trees:
A mouth, the lips apart,
Like aspen-leaflets tembling in the breeze
From her tempestuous heart
Such: and our souls knit
I leave a page half-writ
The work begun
Will be to heaven’s conception done
If she came to it.
(Underneath the Bough 68-69)

It is bound in such a way as to make up with them
the experience of one sole body before one sole
world, through a possibility for reversion,
reconversion of its language into theirs, transfer
and reversal posed to the world of all the others,
but surrounded by it, levied off from it, and all
together are a sentient in general before a sensible
in general. (The Visible and the Invisible 142)

The sole body is the single authorship of Michael Field, a sentient body surrounded by a sensible page that also involves “reversion, [or] reconversion” of a male convention of language into a lesbian one. The division of the sentient from the sensible in the reversibility of the flesh is what allows communication.

It is that the thickness of flesh between the seer and the
thing is constitutive for the thing of its visibility as for
the seer of his (sic) corporeity; it is not an obstacle
between them, it is their means of communication.
(The Visible and the Invisible 135).

Bradley and Cooper’s poem “A Girl” speaks of the division of the flesh: the mouth or the lips. The lips are described in the simile of leaves, “A mouth, the lips apart/Like aspen-leaflets trembling in the breeze” (Underneath the Bough 68-69). Similarly, Merleau-Ponty also describes the body as “a being of two leaves”. The simile of poplar leaves to describe the mouth is sensuous, tactile and in motion, “trembling”. The lips are also apart, divided yet this creates communication between the two orders of the body. The simile of the lips as leaves represent the movement from side to side as vision/seeing, touch/touching as the unification of the double order of the lesbian flesh. Merleau-Ponty expands on how the body is a being of two leaves:

We say therefore that our body is a being of two leaves,
from one side a thing among things and otherwise what
sees them and touches them; we say because it is evident
that it unites these two properties within itself and its
double belongingness to the order of the ‘object’ and
the order of the ‘subject’ reveals to us quite unexpected
relations between the two orders. (The Visible and the Invisible 137)

The authorship of Kathryn Bradley and Edith Cooper as Michael Field is both subject and object. Kathryn writing as a male subject (Michael Field) about “A Girl” (Edith) embodying the object. Edith also replies to her “objectification” as a subject in “A Girl”. Merleau-Ponty’s description of dual embodiment captures the sole course of the authorship of Michael Field and the movement left to right of the gaze across the page. Merleau-Ponty defines this as:

… two segments of one sole circular course which goes
above from left to right and below from right to left but
which is but one sole movement in its two phases.
(The Visible and the Invisible 138)

The double vision of the lesbian embodiment of Kathryn Bradley and Edith Cooper as Michael Field that involves the “reversion” of a tradition of male heterosexual language, vision and desire breaks down the gendered and sexual hierarchy of the male viewing subject and the female object. Kathryn Bradley and Edith Cooper as Michael Field also demonstrates a doubling of masculine and feminine, heterosexual and lesbian and man and woman. In the same way the female authorship of Kathryn Bradley and Edith Cooper in the single body of Michael Field involves the separate authorships of an acting man and an acting woman and the enactment of both a masculine and feminine role in their writing as two women. The female body in the poetry of Michael Field also enacts both femininity and masculinity. In Long Ago femininity is embodied in “V” through virginity as death in the metaphor of the crushed hyacinth. Masculinity is embodied in the way Michael Field also buries in Long Ago. Field buries the Victorian unrequited heterosexual construction of Sappho as femininity and also buries Phaon as death. In “XI” she wants to bury herself in the unrequited glance of Phaon. Field writes, “And oh! To bury in thy wave/Lethe, one day, the glance he gave” (Long Ago xxi).

Conclusion.
Bronfen states that within the central pair of life/death, “mourning is feminine, burial is masculine” (197). Female embodiment in Long Ago enacts both sides of masculinity/femininity in the reversability of the flesh as life/death. Female embodiment in the authorial invention of Michael Field also occupies both sides of the male/female dichotomy and is simultaneously male and lesbian. 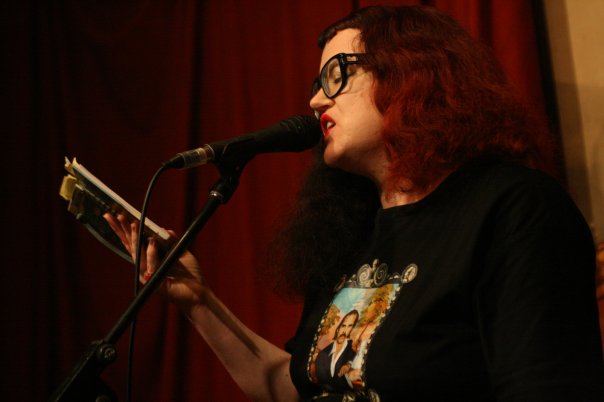 Gabrielle Everall completed her PhD in creative writing at The University of Western Australia. While doing the PhD she wrote her second book of poetry, Les Belles Lettres. Her first book of poetry is called Dona Juanita and the love of boys. She has been published in numerous anthologies including The Penguin Anthology of Australian Poetry, The Turnrow Anthology of Contemporary Poetry, Performance Poets and The Fremantle Press Anthology of Western Australian Poetry edited by John Kinsella and Tracy Ryan. She has performed her poetry at the BDO, Overload, NYWF, Emerging Writer’s Festival, La Mama Poetica and Putting on an Act. She has also performed at The Bowery Poetry Club in New York and The Edinburgh Fringe Festival. Recently she performed at the Evil Women Conference in Vienna and the Evil Children Conference in Verona, Italy. She currently studies at Melbourne University.