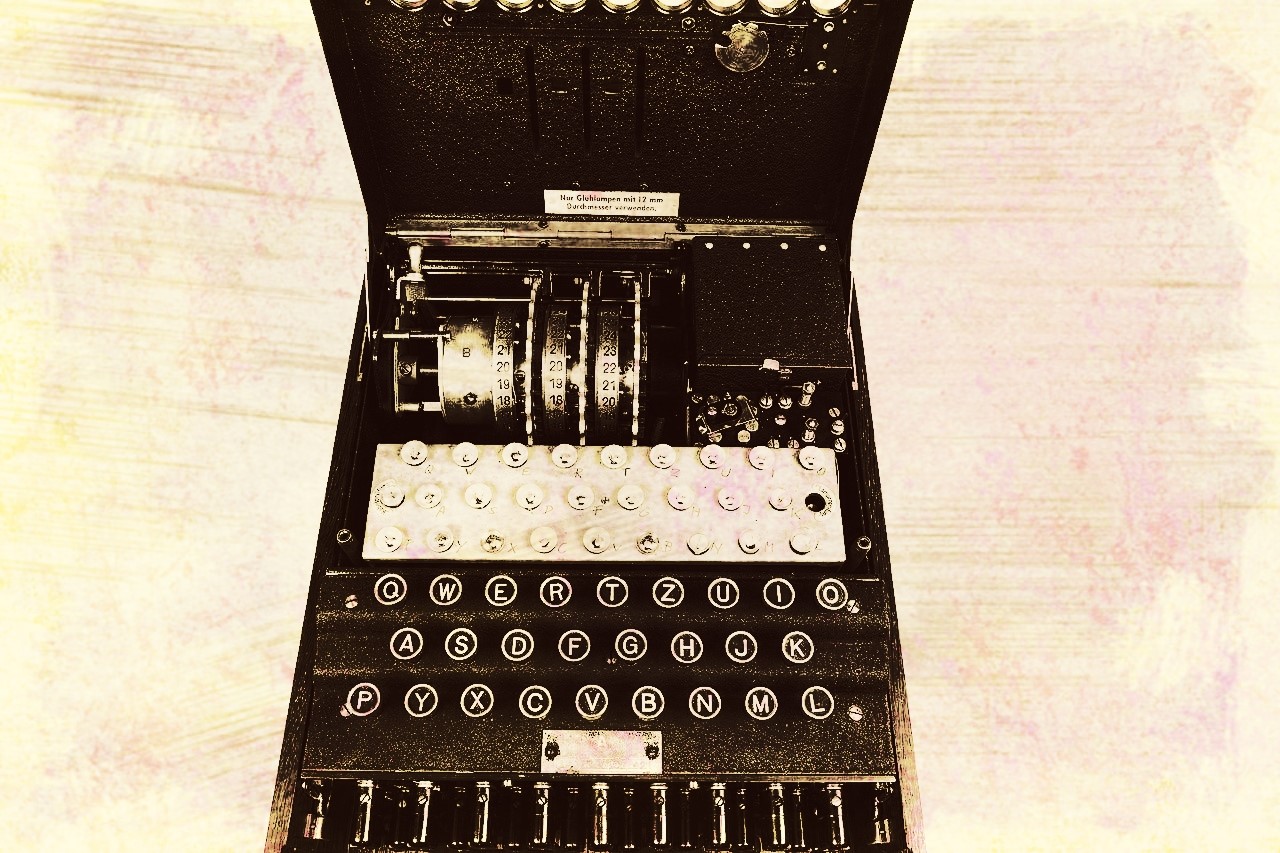 Decode:
Men awe, at that heathen spindle,
to see any machine’s ode.
Cater, Enigma:
I generate codes,
inch —
many ease, to lend pins heat;
heat that we name, decode….

“Decode” is a palindrome-poem, palindromic by pairs of letters. Its subject is the Enigma machine: an encryption device from the first half of the twentieth century, famously used to protect German military secrets during the Second World War.

The concrete poem “Decrypt” sees the palindrome “Decode” presented as the solution to an encrypted text (and in a style mimicking the appearance of wartime decryptions). The Enigma machine encrypted messages through multiple encipherments: certain models used a triadic encipherment, performed by three rotors set to variable starting positions. In “Decrypt”, to generate the encrypted code for which “Decode” is a solution, the three rotors’ starting positions have been set to a, m, and t — the initials of codebreaker Alan Turing, whose efforts during the War helped to decrypt the Enigma machine.

Anthony Etherin is an experimental formalist poet. He founded Penteract Press and he invented the aelindrome. His books include “Cellar” (Penteract Press, 2018) and “Danse Macabre” (above/ground press, 2018). He archives his publications at anthonyetherin.wordpress.com. Find him on Twitter: @Anthony_Etherin.

Banner Image composed by Anthony Etherin. A reworking of a photograph of an Enigma machine. The original photo is via https://commons.wikimedia.org/wiki/File:Enigma_06.jpg — Photo credit & licence: Punishar [CC BY-SA 4.0 (https://creativecommons.org/licenses/by-sa/4.0)