This Is Not A Memorial, And Other Stories Of Remembrance by Alan Nance 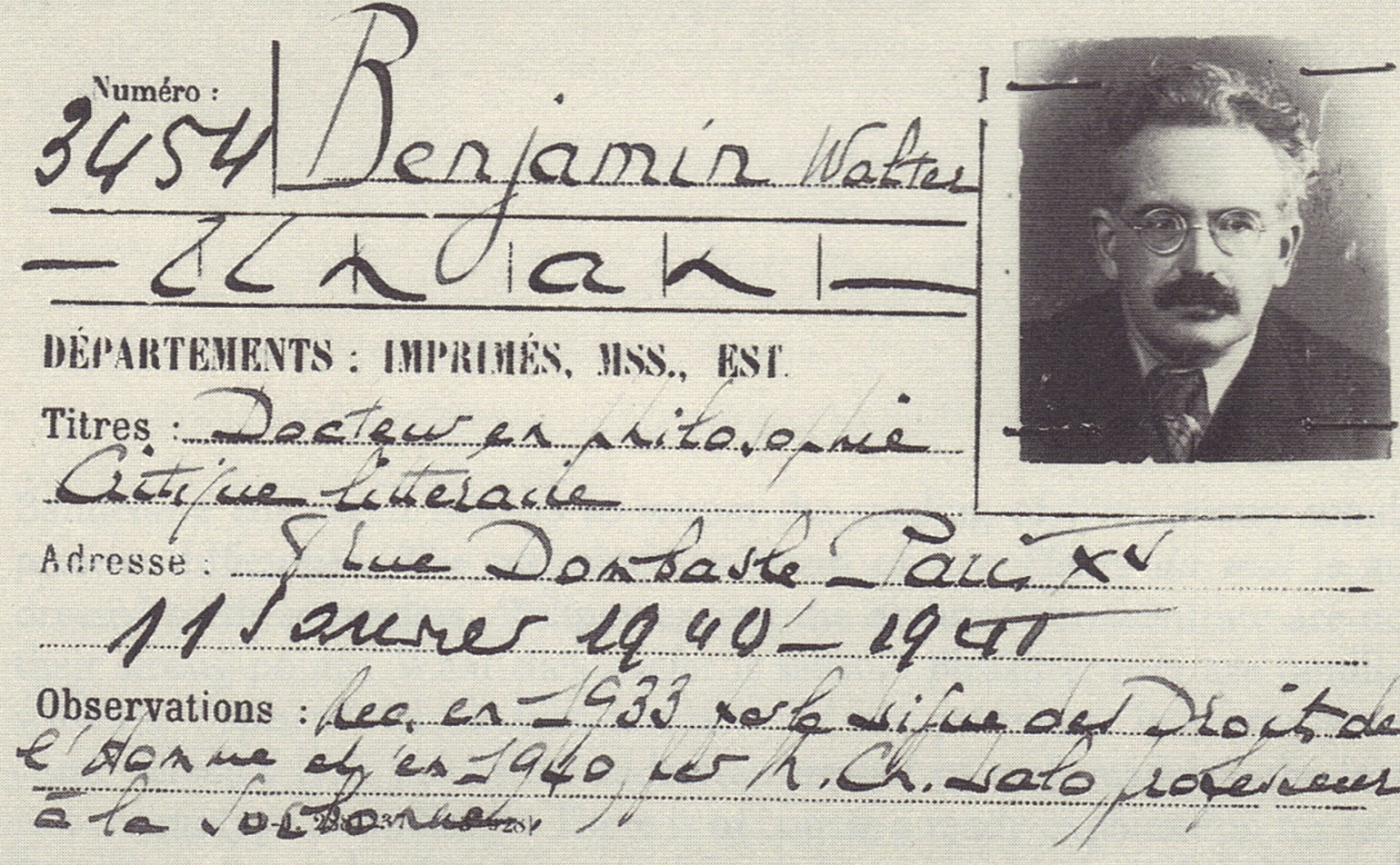 When he died, they covered his tracks and made him hard to trace. Eighty years on, he’s the talk of a frontier town. Philosopher, critic, storyteller, Jew. A father who never knew his granddaughters, born later to an exiled son in London.

Thirty years ago, in the days before Spain was part of the Schengen Area, I caught a train from Paris to Barcelona, and I have this memory, from when it stopped at Portbou, of the Spanish border police moving along the carriages, checking passports and the occasional suitcase. There was an argument in a language I didn’t then understand, some problem with a man’s papers. When the train pulled away he was still there on the platform, arguing his case. Years later, after settling in Catalonia, I returned one day to Portbou. I keep going back, drawn in by stories that speak to our present.

For some people the story that matters most has nothing to do with the man whose name has since become entwined with that of the town. It is the story of events that took place the year before he arrived, and which are memorialized at the crest of the ridge that separates Portbou from France. There, behind the old frontier post, the Catalan government has installed a series of information panels about La Retirada — the mass exodus of thousands upon thousands of men, women and children in the winter of 1939, the final days of the Spanish Civil War. Black and white photographs and text in four languages: Catalan, Spanish, French and English. In one of the photos there is a boy who looks about the age my father would have been in 1939. He has wrapped himself so far into a blanket that all we see of him are the oval of his face, like a portrait in a locket, and three thin fingers poking out the front where the two ends of his woollen shell meet. Every time I look at this photo I see the same question in his eyes: how did it all come to this. It is possible he is still alive. He would be around 90. Perhaps he is someone’s grandfather.

One war ended, another began. At the border, all that changed was the direction of flight.

The day before German troops entered Paris on 14th June, 1940, the man fled south, planning to travel across Spain to Lisbon, and from there by ship to the USA. He acquired all the necessary papers except one, a French exit visa. So he could not take a train from Banyuls-sur-Mer to Portbou, or use the road along which the Spanish refugees had entered France a year earlier. Instead he had to cross the ridge further west, following barely discernible paths through the maquis scrubland, paths fit only for goats, and the desperate.

On the evening of 25th September, he limped into Portbou, only to learn that the Spanish authorities had revoked all transit visas. He was told that he would be allowed to spend the night in a hotel, before being handed over the following morning to the French authorities. He knew what the likely outcome would be. Later that evening he swallowed a large dose of morphine.

The following day a doctor certified the cause of death as cerebral haemorrhage. There was no mention of suicide. As for what happened next, it is unclear why the Spanish authorities did what they did. Among the man’s documents were a French ID card, a Spanish transit visa and a passport issued by the American Foreign Service, all bearing his name. On the death certificate, however, and on a receipt that was issued subsequently by the hotel — 167 pesetas for lodging and services, including dressing of the body and disinfection of the room and mattress — the name recorded was Señor Benjamin Walter.

In a further twist, the two people with whom he had crossed the border were allowed to continue their journey into exile. The decision on transit visas had, like the man’s name, been reversed. Before departing, they paid a priest 75 pesetas for the five-year lease of a niche in the town cemetery. The Christianization of his name and the certification of death by natural causes meant that the body could be interred in the part of the cemetery reserved for Catholics, and here its anonymity was preserved. The niche bore a number, 563, but no name, not even a false one. Five years later, when the lease expired, the remains were removed and placed in the fosa común, the communal grave outside the Catholic enclosure. Another frontier crossed.

Had I got off that train, thirty years ago, and walked around Portbou, I would have discovered none of this. The work of memory began later, in the 1990s.

“There is no body beneath the memorial stone, his bones are elsewhere, long since mingled with those of nameless others…”

You start in the centre of town, in front of a house that was once a hotel. There, on a commemorative plaque, you read his name, a date and something he wrote: All human knowledge takes the form of interpretation. You climb the hill to the cemetery, perched on a crag overlooking the sea. There, in front of the main gate, you find the entrance to a metal corridor that angles into the ground and juts out of the cliff face a few metres below. In the salt air the steel plates of Dani Karavan’s installation have taken on the ferruginous tones of the surrounding rock. You see that the structure is open at the other end, but there are steps inside and you descend. You are drawn towards the waves below, but as you approach you realize your passage is blocked by a thick glass panel. The inscription is worn, but legible still: It is more arduous to honour the memory of the nameless than that of the renowned. Historical construction is devoted to the memory of the nameless. You climb back up the steps and enter the cemetery. There is no body beneath the memorial stone, his bones are elsewhere, long since mingled with those of nameless others, but chiselled into the polished stone is another of the conclusions he reached: There is no document of culture which is not at the same time a document of barbarism.

And then there is the walk across the mountains. The route that Walter Benjamin is thought to have followed from Banyuls-sur-Mer to Portbou is now a waymarked trail. One June morning, a couple of years back, I retraced his steps in the opposite direction. I was fit and kitted out for the hike, but I was not prepared for what I encountered about half an hour after leaving Portbou. There, at a fork, the waymark was clear: I should take the rising path to the right. But strapped to the gate through which I had to pass was a sign, put there presumably by the landowner. The message was unequivocal: Walter Benjamin did not come this way. This is not a memorial of any kind, because the path did not exist prior to 1965. Private property. Keep out.

I closed the gate behind me and began the arduous climb to the ridge. The path became thinner and steeper, and after a while I no longer saw any waymarks. Perhaps I had veered off. But from what? My only goal was to make it safely to the top and down the other side, and I could always turn back. I was walking for pleasure, not because my life depended on it. Eventually I emerged onto the ridge and stopped to rest in the shade of a holm oak. I had met no-one since leaving Portbou, and no-one was waiting for me at the border. I ate some dried fruit, drank some water and remembered the sign on the gate. What does it matter, I thought, if the path I may or may not have followed to the ridge is a reconstruction, a copy of an original. Memory is always an act of storytelling, and the stories we tell of the past are a measure of who we are.

I stepped across an invisible line and began my descent into France. At first there was nothing in the landscape to suggest I was elsewhere. Only later, on the lower slopes, did the features and the language change. A wooden sign pointing back the way I’d come. Three words in yellow paint: Chemin Walter Benjamin.

It was late afternoon by the time I reached Banyuls-sur-Mer. In a cheap hotel just off the seafront the receptionist made a note of my passport number, handed me a key and recommended a restaurant for supper. After eating I went and sat on the beach, my back to the promenade wall. I don’t know how long I sat there, running sand through my fingers, listening to the coming and going sea, the light fading around me.

Originally from Cornwall, Alan Nance has lived for the past twenty years in Catalonia, where he works as a translator and editor. When he’s finished fiddling with other people’s words, he likes to string together a few of his own. His photography can be found on Instagram.

3 thoughts on “This Is Not A Memorial, And Other Stories Of Remembrance by Alan Nance”