“She Begins Again To Live in the Past”: On The Ravishing of Lol Stein by Marguerite Duras 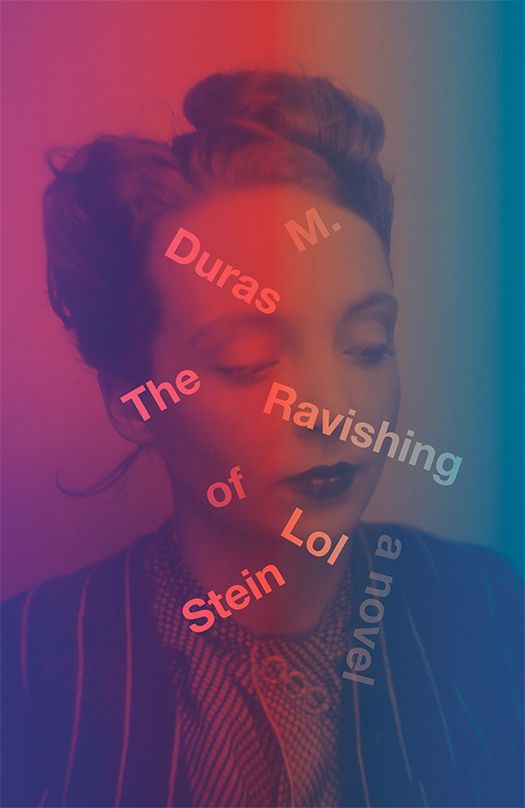 I don’t know how to write about Lol Stein. I’ll start there, with an admission of my own limitations, a confession that any review that I write will fail to encompass all that I felt while reading it and all that I feel all these months and years later. Anything I write about it will be mired in my own history and my own memories.

I hate writing reviews because words never touch the experience of reading a book. This review can’t make you feel what I felt, holding the book in my hands, discovering the words on the page, all the moments in which images and scenes have flashed in my mind. But I want to say something about this book. I have so much that I want to say.

The Ravishing of Lol Stein seems to exist on two planes–the physical and the intangible. It’s a book with a plot and characters, that much is certain. It’s about a woman named Lol Stein who falls in love with a man named Michael Richardson. They go to a ball and he dances with a woman named Anne-Marie Stretter. At that ball, Lol Stein’s life changes forever. Michael Richardson leaves her for another woman, and she can’t cope. Years go by, Lol marries another man; his name is John Bedford. She has three children, but she can never forget the ball and the loss of Michael Richardson. She becomes fascinated with watching her friend, Tatiana Karl, meet a lover at a hotel. She watches the window and sees Tatiana Karl with the man. She lies in a field of rye. Lol Stein and the man get together. Other things happen. That is the plot for the most part. That is the physical dimension of the novel, how words are put together to tell this story about Lol Stein and her intersection with all these other characters.

Then there is the ongoing, intangible life of this book, what it becomes once it is read and transmitted to the mind of the reader who goes on to live with it and think about it and absorb it. There is the way the book haunts me and other readers. That is the mystery of this book, that Margeurite Duras many years ago wrote the book probably on a typewriter while sitting at a table perhaps in her home in France and it made its way out into the world for us to read. She created the story and arranged the words and the book was accepted for publication. But that doesn’t explain the mystery of the book or what it becomes for a young woman who reads it in another country on another continent in another language.

I remember the day I found The Ravishing of Lol Stein at the local Barnes & Noble where I used to live. I remember there was a cart of discounted paperback books, and I was reading the spines, looking for something good, and I saw the title and the author. By then, I was already a fan of Marguerite Duras, having previously read The War: A Memoir, which is about her experiences in the Second World War. I was thrilled to find the book and to read it. This was many years ago.

I re-read The Ravishing of Lol Stein this year. In the intervening years, much has changed in my life. I no longer live where I once lived. I no longer have that physical copy because I lost my house and lost most of my books that were in it. But I remember where the book was in my bedroom, which pile it was in on my dresser, how it was near the bottom of the pile. It’s a lost piece of me that I’ll never touch again, but at least I still have Lol Stein, a woman who knew loss intimately, who never recovered from the loss of another, a woman who is strange and indecipherable. She has what I call a not-thereness. I am obsessed with women who possess this not-thereness.

She says that in school—and she wasn’t the only person to think so—there was already something lacking in Lol, something which kept her from being, in Tatiana’s words, “there.”

Duras also gives us this passage:

Personally, Tatiana did not believe that Lol Stein’s insanity could be traced back solely to that ball, she traced its origins back further, further in Lol’s life, back to her youth, she saw it as stemming from somewhere else. In school, she says, there was something lacking in Lol, she was already then strangely incomplete, she had lived her early years as though she were waiting for something she might, but never did, become.

I know what it’s like to be not-there. So, I’ve started compiling a list of women who are also not-there. It keeps growing. It is populated by women both real and fictional, women from films and women from books. These women drag themselves through life. They’re not sure why they’re even alive or what the point is of life. They don’t fit our idea of femininity or normalcy. They make no sense to others and make little sense to themselves.

Lol seems to perpetually re-live the ball where she lost Michael Richardson. It is forever present for her, forever happening. She inhabits both the present and the past. If anything, she configures a new present made almost wholly of the past. She is both the Lol of the ball and the Lol with her husband and children. She is both or maybe sometimes she is neither. We do not know her. We cannot know her. Even those who are her friends, who claim to know her, cannot really know her. She is not accessible to them. All they do know is that Lol is not fully there and is always slipping back into the past:

The ball revives, ever so slightly, shimmers, clings to Lol. She gives it warmth, protects it, nourishes it, and it grows, ventures forth from the protective layers, stretches, and one day is ready. She enters it. She enters it every day.

Duras goes on to write:

And in this enclosure, that opens wide to her eyes alone, she begins again to live in the past, she arranges it, puts order into the dwelling place that is truly hers.

She is a woman who, in a way, died but kept on living. She married, she had her children, she pretended to be recovered and intact when the whole time she was deranged by despair and haunted by an undying sense of injury.

Caitlin is Nonfiction Editor for Burning House Press. She’s passionate about art house cinema, intersectional feminism, social justice, and literature. You can follow her on twitter at @ekphora and on tumblr. She also has a film podcast called Her Head in Films.