The Forever Tree by Kyla Houbolt 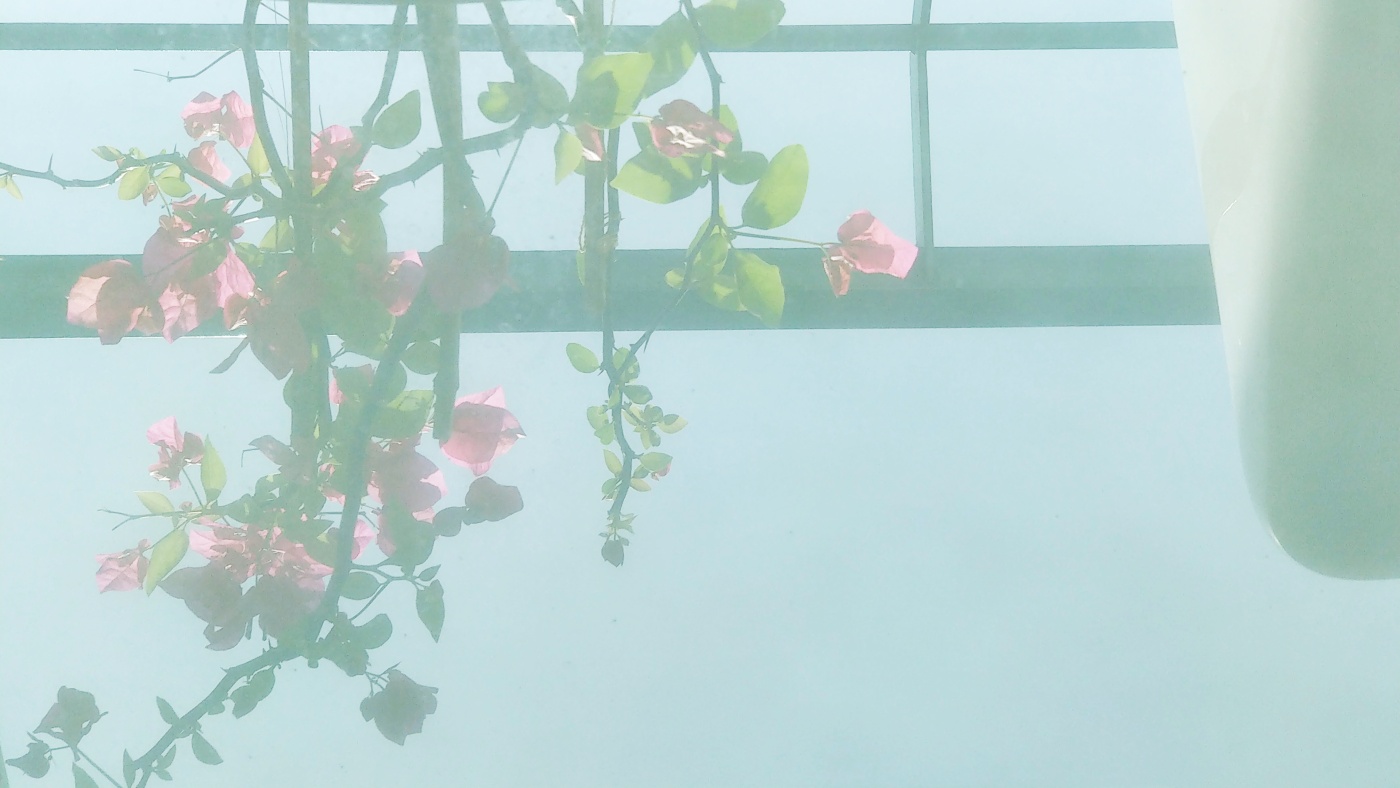 The Great Also,
the Forever Tree: and maybe it’s always
synesthesia, like, look how this word
FREE is green, like GREEN only
blown open by a wind first and
then a fire, not closed off
like the edge of a crayon where
someone (who?)
is tempted to think color just stops, boxed
into its predictable shape
at the factory. You’re not
tempted, are you?

(On a lamp post in the middle of the bridge,
a piece of green tape, and hand penciled,
“the factory is out of control”) Yes,
I’m tempted, always tempted to believe
edges like that must
enclose and exclude. For
example, you’re out there, invisible, and I’m
in here, writing this.

But the Great Also, in the details
where everything numbingly the same
is stunningly various, and vice versa, secretly
runs the out-of-control factory. Yes?
Hoping to remain hidden, to be found, to be cloaked, to remain
in plain view unseen as ever,
laughing behind bejeweled Hands.

So you’re sitting there, real as blood and bones could
make anybody and who’m I but
a wraith, a figment?

What evidence
do we really have? Memory? This paper
is seen through in an instant. Also,
as leaves ranked upon a branch, their cells burst
by hard freezing, sing their greenest limned with
ice diamonds until a sweet thaw reveals
their death. Also, say,
you fell in love. THIS awakens everything
I meant to be and never could hear
myself crying for. But Also, say your love is not
returned you are betrayed left abandoned. But
Also.

There is the crayon and there is
the full colored world, blessedly
out of control. The Great Also says now
“Consider poverty. Consider the poverty
of getting what you want.”

Listen. How loud
the Silence is.

Kyla Houbolt writes from Gastonia, NC, USA. She has work in numerous online publications, most of which can be found in her Linktree (linktr.ee/luaz_poet). She has a micro chapbook, Dawn’s Fool, forthcoming in December 2019 from IceFloe Press, and is a 2019 Pushcart and Best of the Net nominee. You can follow her on Twitter @luaz_poet.