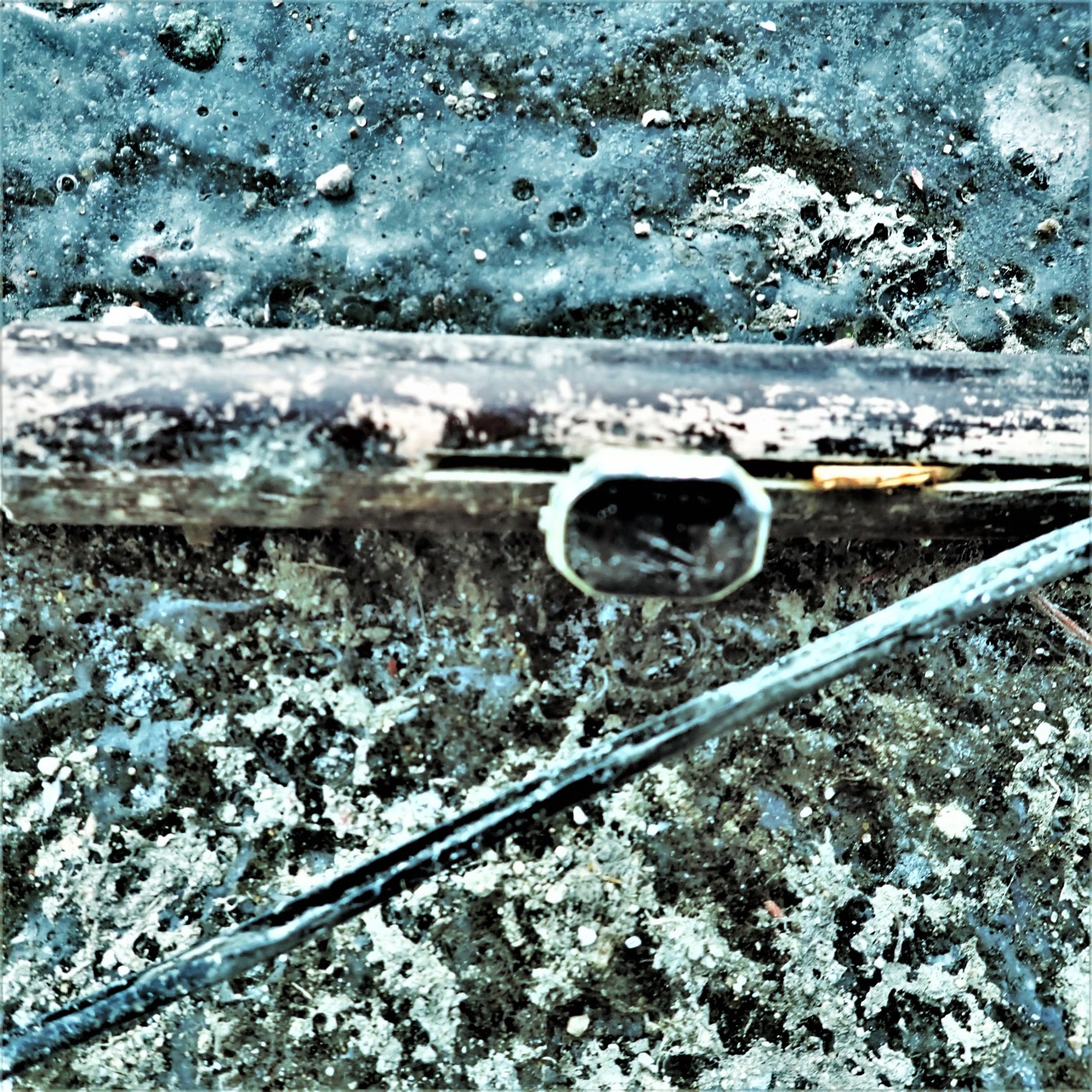 The three of them set out,
Jennifer and the twins,
to the tidal island in the first week
of school holiday. The twins
had made the walk across the mile
of exposed seabed many times
with their parents but Jennifer’s
didn’t do things like that with her,
so she was fascinated by the debris
left by the water’s retreat.
Long brown half shells scattered
like nail clippings amongst seaweed
that popped like bubble wrap,
bits of dead crab crisp flakes
in streaks of spilt liquid on the brown
carpet, and a round prawn cracker
skeleton that Dan called a sea urchin.
Everything smelt weird too,
clean and strong at the same time.
The twins found a sheep’s head,
ghostly grey and bloated, and laughed
as they poked it with a stick,
but Jennifer didn’t. She thought
she recognised its skin. On the island,
looking back towards the promenade,
she asked if the sea would really come back,
what if it didn’t this time?
– and that set the twins off again.
She didn’t hear them though;
she was hoping that if the water
did come back it would wash up the seafront
and keep going, all the way up
the hill and down the other side,
into the cigarette cracks and car seats
and under her parents bed,
into her school reports box
and make everything fresh and forgotten

War Is Because Of Us

And the ultimate masters of life and death
were there, a few of them came by taxi
in slick exacting uniforms
and told the mayor and the townsfolk you have
eight hours to do with them as you please

Pierced
beheaded
forced into the pond

Guy Elston @guy_elston is a 26 year old writer and support worker. He has had poetry published in journals in the UK, Canada and the Netherlands, including Writer’s Block Magazine, Fun, and Message in a Bottle. He is currently studying Holocaust Studies at the University of Amsterdam.