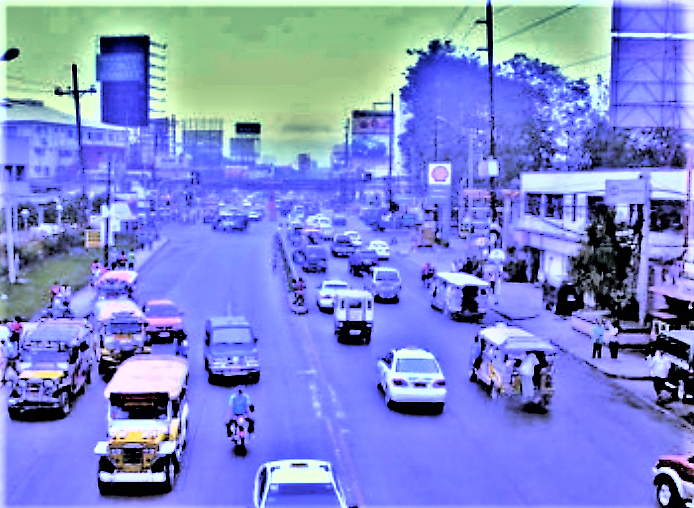 When my grandfather asked me to buy cigarettes at a local convenience store in front of our house one Saturday afternoon, I remembered what Teacher Gladys taught us in school that week.

She said cigarette smoking is bad – for the health and for the environment. I was eight when I couldn’t weigh which was worse. I didn’t want anything bad happening to my family, most especially to my grandparents.

I lived with them because my mother worked abroad, and I had never known my father. This was how I’ve grown up in my hometown in the Philippines.

At the store, I asked the lady from behind the counter if they sold cigarettes.

“Who’s smoking, kid?” Leering over me, her brows met.

“My grandfather,” I said, raising the red fifty-peso note. “He asked me to buy him three sticks.”

She scoffed. “No can do. We’re not selling cigarettes to children even if they’ve been asked by someone older than them. But we do sell candies.”

She pointed to the bowl filled with circle treats between us. They were wrapped in silver foils. I gulped. My grandmother rarely gave me candies, because fruits were already sweet for desserts. But then I remembered my grandfather.

“They’re cheaper than cigarettes. Besides, smoking is bad for your health.”

When I got home later, my grandmother was in the kitchen. She was stacking bundles of vegetables and fruits she had bought from the market into the sink for a rinse. As soon as she saw me, she asked where I had been.

But my grandfather had been limping his way with his wooden cane from his room. He had been there since I left the house.

I was confused. Didn’t he tell me to buy him cigarettes? Before I could respond, his cough rattled, and then he briefly gasped for air. He settled over a chair after he puffed from his inhaler which he took from the pocket of his shorts.

“That’s what you get for always smoking,” my grandmother blurted.

“Grandfather,” I said, “the lady didn’t let me buy the cigarettes. But I did bring candies if that’s okay…” I reached into the pocket of my shorts and presented the treats. They gleamed with their foils.

My grandfather’s eyes widened. But before he could open his mouth, my grandmother burst out. “You asked our grandson for that?! You’ve been smoking and look what it made you!”

My grandmother nagged for the rest of the afternoon, addressing my grandfather how stubborn he was for not quitting despite his coughs. I realized smoking cigarettes was really bad if it led to this uproar. I also knew that I had just spared my grandfather from its effects, which could worsen his coughing. But at least my grandmother let me keep the candies. I planned to ask Teacher Gladys in school if candies were just as bad as cigarettes.

Angelo Lorenzo @Angelo_Lorenzo is a writer based in Cagayan de Oro City, Philippines. He writes about the local arts and culture scene in his hometown. From theater plays to art exhibits, he wants to promote and feature artistic initiatives. He believes art is for everyone just as creativity is innate. He writes for local newspapers as well as national news organizations such as Rappler. His short stories have appeared in Wellington Street Review and InQluded magazine. Currently, he is taking his Master’s Degree in Literature at Xavier University – Ateneo de Cagayan.  Blog: https://thehavenofadreamer.tumblr.com/.