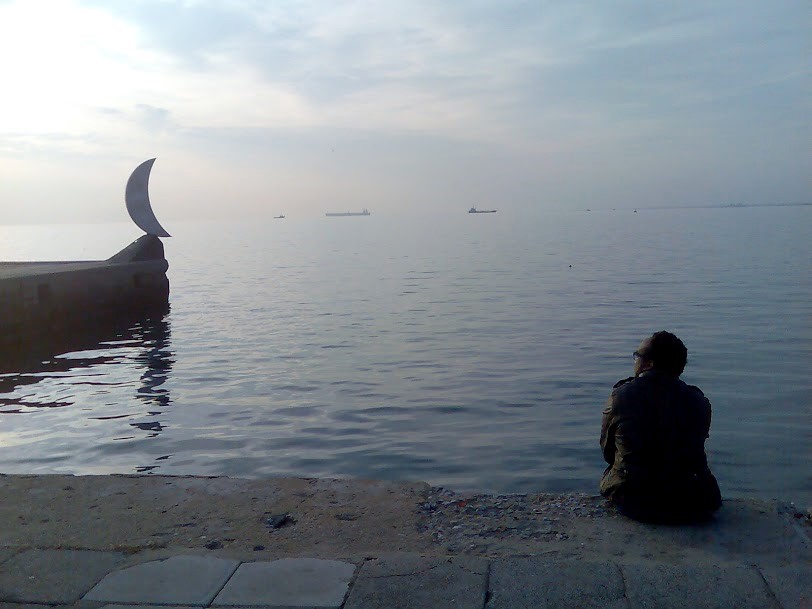 He caught her smiling
said her teeth were ivory,
so she hid how
every kind of love
came and went like
the power-lines.

Sometimes
she stands behind mothers at the supermarket
dreaming of joining them,
belly carved with poems unfolding.

Sometimes
there is a man holding her at night
worrying about the future and
some nights her poems hold her up against the sky
under eyelids like a tusk.

And I have known for some time now
that happiness would come
only when one of us has gone.

And though we are born
dreaming of storks who deliver us
sometimes lineage engulfs a face while it sleeps.

when so many of us expire with longing
swollen with sadness on shores like motherless whales.

We seek peace in one place until we learn that sanctuaries
exist without birds that ascend
in a way we cannot follow.

Notes on poems by K. Eltinaé

I wrote ‘Tusk’ after many delightful conversations with a very tall, beautiful and inspiring, Sudanese friend, sister and cousin Sulafa Sahel who is most famous for her dimples and for starting the Spoken word and Open Mic Poetry Movement in Khartoum, Sudan. I took a five-hour bus ride to Madrid with my backpack full of my favorite poetry books to spend the day with her before she left Spain. We spent the day laughing as we café hopped and recited passages back and forth and talked about our hopes for the future.

I wrote ‘Sanctuary’ about my experiences growing up as a third culture kid and the recurring impulse to wander and explore territories outside of your own comfort zone. Even if ultimately it often leaves you estranged from the life your family or society/community expected of you. People always say there is enough space for everyone and I totally agree that there is. Sadly there are too many people who oppress others with their privilege and force them into invisibility and the poem ultimately encourages readers to seek out their own sanctuaries, in whatever form they come in.