The Watersteps by BR Williams 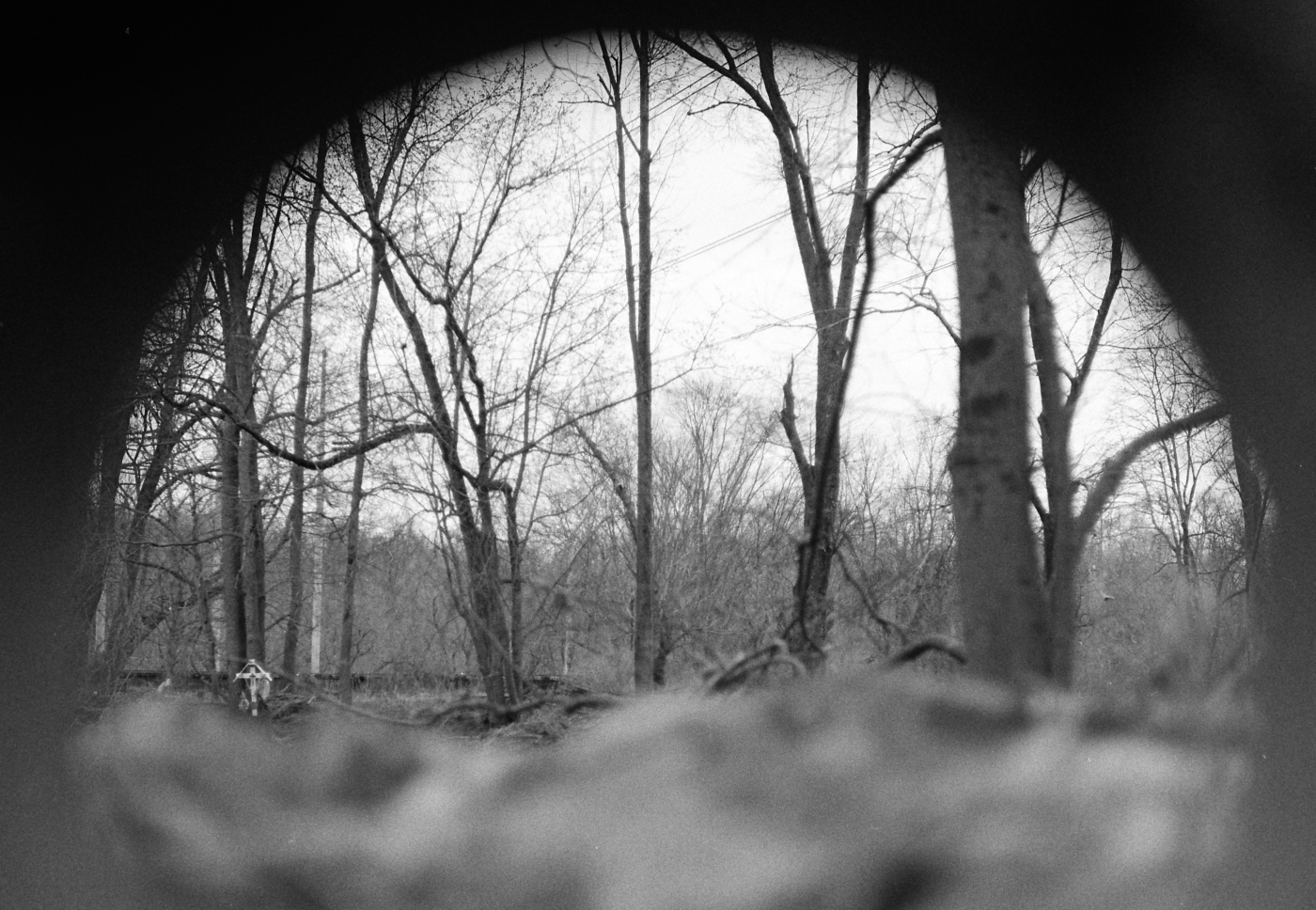 The Watersteps are ruins now, but you can still see what is left of them by walking through the dank forest on the edge of town, over the train lines and then down to the crease where two wave-like hills meet. The steps sit half-swallowed inside a wide clay gorge. A little further up the gorge, there’s a stream at least half as wide as the gorge itself. It drops down an accidental waterfall caused by the collapse of the Watersteps. A sheet of tarpaulin wafts, hit by the unravelling crystal carpet of water. For the most part, the stream disappears amongst the rubble and soft ground at the foot of the waterfall. Only further down does a meagre version of it reform, bypassing the steps entirely.

The Watersteps have haunted my imagination for a long time. The first poem I ever wrote was about the steps. I hated it, re-wrote it, destroyed it and started again. I have been repeating each step ever since.

It is partly to exorcise myself of the Watersteps that I write this. Perhaps, if I put it down as best I can in words just whatthe steps are, they will lose their power over me, and the mental picture of them that currently so obsesses me, will slip away and settle at the back of my mind like sediment in a steady pond.

The problem and the power of the steps is this: although it is a single, findable location, it is also a place of three separate and related spaces, and each space has its own ghostly complexity. To write of the Watersteps as a single entity is to watch a 3D film with your bare eyes.

I do not remember how we learnt of the existence of the Watersteps, but I do remember the first time I went. It was a perfect blue sky-summer, without the slightest trace of a breeze, though the yellow fields of bracken, too vast for still, moved in wave-like swells.

Matt and I had come to be free from the guarding eyes of the town. I was around nine or ten years old. Matt had stolen a half-finished packet of cigarettes from his older brother for us both to try. Tucked away in a circle of woodland, the Watersteps was the perfect place for us to hide and smoke them. With our socks stuffed in our shoes and our shoes in one hand and the rough concrete side of the steps in the other, we climbed against the flow of the water and up onto the sun-baked roof at the top.

Smoking, it turned out, was a disappointment. The cigarettes tasted sour and reminded me of the smell of burning vegetables from school meals gone wrong. Mike though claimed he liked it. He puckered his lips tight and held the cigarette far, far from his face and elaborately blew a mushroom of rising smoke out from the crater of his mouth. I gave him the rest of mine to smoke too, but when he had finished that one also, he started to feel dizzy and ill, and threw the rest of the packet into the water and we watched it get carried away down each of the steps, vanishing at the bottom beneath the water, along with our fantasies of adulthood for the time being.

That is the first of the Watersteps. I do not remember much aside from that moment. Only flashes and pictures and the shock of when I first looked out from the view on top of the steps – the fading forests merging with the industrial yards and its men in yellow jackets, and beyond that, barely visible, the backs of the first houses of the escaped town. I had never been so far from home without an adult before. Even coming to the steps was an act of defiance against my parents, since to get there I had to cross one of the busy roads that acted as a territorial boundary to my summer fun and games. This first Watersteps is a space defined to me by what I had escaped, as opposed to where I actually was. Without that feeling, the Watersteps was no different for me back then. Just a wide-open space, taken for granted.

Of all the Watersteps, the second occupies the greatest space in my mind. Here, this time, it was all about the space itself. As we had grown older, our demands for freedom had grown too. No longer was it enough to rebel, we wanted to create something for ourselves. We took the sandbox mentality of our earlier childhood and applied it to the larger world, stripping places of their initial, distantly ordained purpose, and giving them our own in order to take possession and create a space for ourselves. We would take girls there, drink litres of cheap white cider bought for us by strangers, older brothers and carefully courted twenty-somethings, and we would barbecue cheap economy meat until it was black and crunched on makeshift smoking grills. These days are less uniformly singular than any other period in my life; they blur together like the same flesh of the same person. As friends, three of us became like brothers, and together drunk, we would wade up the knee-high stream, hopping from sharp stone to rock to worryingly damp underfoot squidges, singing and dancing and drinking more and shouting as loud as our voice would let us before breaking, like shocked bird calls. We did these things because we wouldn’t do them anywhere else. Because no other place in our lives would allow us to break whatever we wanted for the sake and thrill of breaking, nor let us quietly sink into the soft blades of grass until we shivered in the cold light of the dying day.

On those quieter days, me and my two best friends would sit barefoot at the top of the steps wafting joints like incense sticks and chewing on strips of long bracken to play at being the yokel coming good. We would talk of our upcoming college courses and of our future plans and sit and feel the gentle flow of water rushing between our toes.

…there we chat our chit
of birds and books, we
free dreamers until dusk.

Then, one day, the three of us returned after a long time away and discovered that the steps had gone. The gorge had opened up during some massive storm and the steps had broken free from the stream’s rock bed and slid on a patch of clay still intact to one side. We had been away at university and had fallen mostly out of touch with each other. When our courses had ended, reluctantly, all three of us had returned to a town that was near totally jobless and grindingly still. It made sense for us to try to escape this reality by heading, together as friends again, to our old childhood lands.

We stood there above the gorge in silence and watched over the pitiful water dropping and piddling in rubble. We realised looking at these ruined steps, the destroyed space of our younger, playful days, that everything from them had gone. Including, so it seemed, our friendship. Afterwards, we did not stay long at the steps. Matt smoked a couple of cigarettes. Josh texted a few friends on his phone and then we made the walk back into town and went on our separate ways. Soon, the two of them had moved away (Cardiff / Barcelona) and I was left behind working as a labourer for my neighbour.

The water that had ran down those steps with a reassuring ‘inland murmur’ during those idealised, summer-tinted days, had held us together as friends. We did not know it then, but that had been the appeal of the steps: the constant flux and change, the always fresh and the new – each visit had renewed our friendship until that final time, when we only had the quiet and dry rubble between us, three adults incapable of creating a space from the ruins. This then, is the third and final Watersteps.

Nothing works
now.
No flow.
The bro-
-ken brick
the town
dry.
And now
in one
I find
the other
crumbling
I climbed
clay slides
and stumbled.
I cannot
enter / the past
a frosted mirror
now
and nothing
works.
The steps
and the water
still.

I was advised before writing this to visit what’s left of the steps again. But I decided not to. I already know the ruins well enough, despite only having seen them that once. Already, the ruins colour the other Watersteps an imperfect grey. And though those spaces are now lost to the play of future generations, I do not want to lose my memories of them entirely and make a bitter unity of something that is better remembered bit
by
bit
like the steps of a staircase. 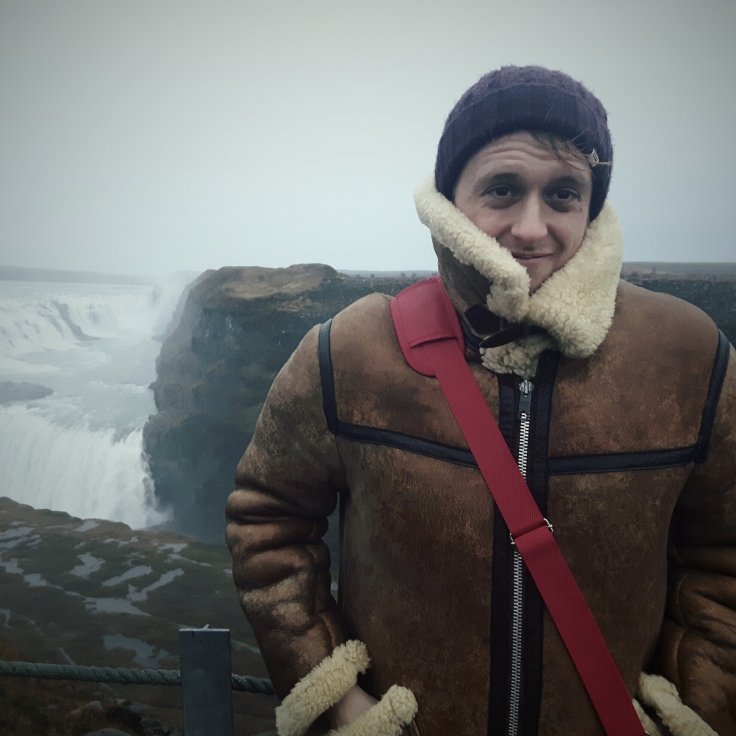 BR Williams is a writer based in Mansfield, UK. He is one-third of the team behind Hi-Vis Press.