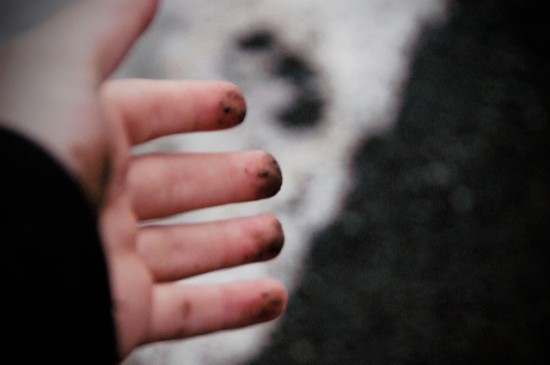 There were figures in the night who blended with the trees & we could only see their eyes—every shade of violet. They moved when we did. They breathed when we breathed. It was impossible to tell how many surrounded us, or what they wanted. Or maybe they didn’t want. Or maybe they were the trees, just waking up.

If we shouted at them, they blinked. If we found absolute silence they faded. We couldn’t sleep or stoop to eat for fear they would overcome us. We reached into the ground for nourishment & found we weren’t hungry or thirsty. We looked up at the moon—constant in our seven-week night—& found we weren’t tired.

It took four weeks to realize they were us. & two more to realize we were the trees. Reaching down into the earth. Reaching up toward the moon. When they were silent we faded. When they shouted we blinked. When the daylight returned they were gone. There was nothing in sight but trees.

against our bodies wrapped
through their history of ache

bodies absorbing into themselves
sound bending through broken glass

bodies reaching for the comfort food
of televised love

bodies claiming synchronized victory
& defeat over what some call light

bodies cradled in their own evolution
blooming toward that sacred need

took their feet off

why do we keep returning to this place
where all we have is a misremembered
history of having?

give me your broken

give me your harassed & abused

I will love them

with my best & most bruised heart

we       unsung histories
dancing before God’s face in the moon
painting blood languages
scaling mountains to be closer
to the thunder, the voice it carries
setting bushes on fire           miracles
passed down through theater

sets fire to its birthright

they drew doves in the sand

to mark a city of buried pain

woman is apocryphal being

the Sphinx guards her desires

maims any who get close

if they wander too long the women enter

learn the dogma of wife     cast out

they ventured out from Sinai

blessed are the mourners
for their tears will be resplendent 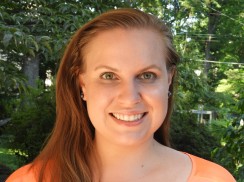 Jessica Beyer is a writer and educator from Baltimore, MD. Her poems have appeared in Muse/A, The Adroit Journal, decomP, Rabid Oak, ExpositionReview, and other journals and anthologies. She has an MFA from New York University and a BA from Emory University. You can find her waterskiing, SCUBA diving, and giving in to wanderlust whenever possible, but also online at jessicabeyer.com and @JessicaHBeyer.