OUTSIDE WORLD – A Multimedia Art Project by Noise Weaver 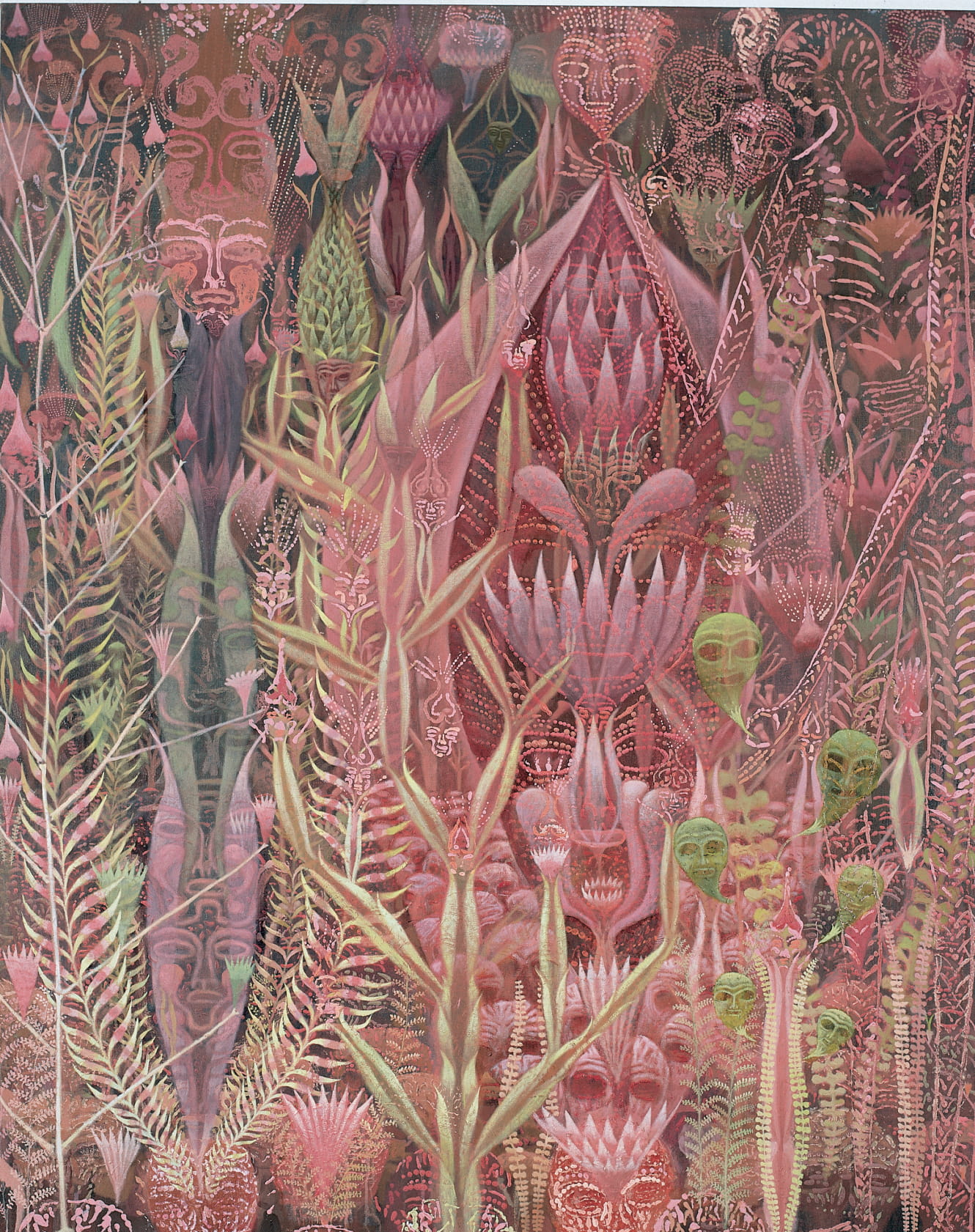 Small, childish hands of a small, childish body. And its childish legs stood on the ledge of a grey, concrete obelisk. Big, adult clothing was hung around and hugged its body. Slithered its hands and small, childish fingers out of the long, snake-like sleeve with two needles. Threw one over the ledge and punctured the young meat of its finger with the other. In from one and out from the other end. Sew the fabric of reality into itself.

It inhaled the measured, sonic existence of the concrete forest. After its hand came out when it reached into its pocket, the weird, long, white, plastic strand of earphones was hanging from its fingers and small, cute nails.

Apart from being brown with earwax, one of the buds was red with blood. The bloody side went into its left ear, which bled as soon as it was placed, and the other, cleaner side went into the other.

BODY WAS LIFELESS ON THE ASSFAULT. INTESTRINGS OUTSIDE OF THE BELLYHOLE. YOU’RE DRAGGED OUT. THE WAR MUST GO ON. YOU WERE FORGOT. WHEN YOUR BODY STUMPED AGAIN BY SOMEONE, YOU’RE DRAGGED AGAIN. AGAIN AFTER NO PLACE REMAINED FOR U HERE. SO DROPPED INTO THE SEWER. NO PLACE THERE TOO, WATER EXCLAIMED. WASHED AND WHERE THE SEWER ENDS. THE END. THE BOTTOMBOTTOM OF THE BLACKHOLE. WHERE SATAN IS. WHAT SATAN CREATED. WHAT SATAN IS. THE BIG, BLACK, SHINY SPHERE. YOU WERE HOME. A HOME FOR THE DEAD. THE DEATH-DEAD-END OF THE DITCH.

That’s what he said to it. They went into its ears and coated its body with ecstasy-armor.

In matter of minutes it walked the stairways down and collected the needle from the ground. After blowing on it for a tiny bit, it pushed both needles into tiny, old holes on its arms; holes so old it’s as if it was born with them.

And an intent walk to the square through the streets noise drenched. Drunken beings dance to the rhythm of drunken comets falling down while the hot sun shined with a heavenly halo. Some other beings creep from the back to slit their throats while the remainder of them cease to stop dancing. Other-other beings fly down from the sky like worms and leaches, opening their bellies and sucking everything in their bellies in. It took out the needle from the forearm and sew the scenery into its shiny, golden left shoulder.

ARE YOU PROSPEROUS UNDER THIS VAST YARD? MILLIONS OF MUSIC BOXES IN YOUR EARS ARE PIERCING THE ACQUISITION POINT OF YOUR BRAIN DAMAGE. THE POINTY FRINGES OF THE CITY LUMINATE IN YOUR PERIPHERALS. FLUSHING DREAMS DOWN BRASS PIPES. SHINE OF THE PORTAL-PHONES ON COLLECTIVE CONCRETE IS A NEEDLE TO THE EYESORE. AND PURSE-SNATCHERS LEAK THROUGH THE OUTSIDE.

Its teeth were chattering.

Infested beings circled the square, crawling with big ears. In the center center, dead center center of the square was a stone fire. A stone figuring of the soul of fire carved stupendously and catastrophically as if alive and burning cold. And the burning coldness of the stone fire set all the minds around it on fire and they started dancing, swinging, creeping, killing around it.

It – the small, childish It with eyes wide with innocence – was the artist. It crawled up the fire stone. Mind on fire and with burning fingertips, a light thread of air tied to its needle, it was to sew itself to the stone fire.

It started from the legs. Slowly stuck the needle into the meat, careful not to scratch the bone inside. Red juices started to come out but it was accustomed to it. Part of the process. It can never be bypassed.

Right leg first. Left leg after. As its legs was now one with the stone fire it hugged one of the fire’s tendrils so it wouldn’t fall and break its back. Then came belly and chest. They were sewn.

As it was sewing its left arm the jack of earbuds came out and the shattering truth of noise was played to the world. Rats started to dance around it. Some on fire. Some alive and some dead. Some blind and some very much awake.

Chaos devoured chaos as it was sewn to the fire with the world etched unto itself.

Noise Weaver is a writer, painter and noise musician. He’s also passionate about computer science. He wants to be vicious and unapologetic in his art, but hopes he’ll come off polite and pleasant in real life. His private twitter account is @mehrader but don’t expect any mind-blowing commentary from him there.

Courtesy of the artist

Channeling the Outside, guest editons, may 2020, music, noise