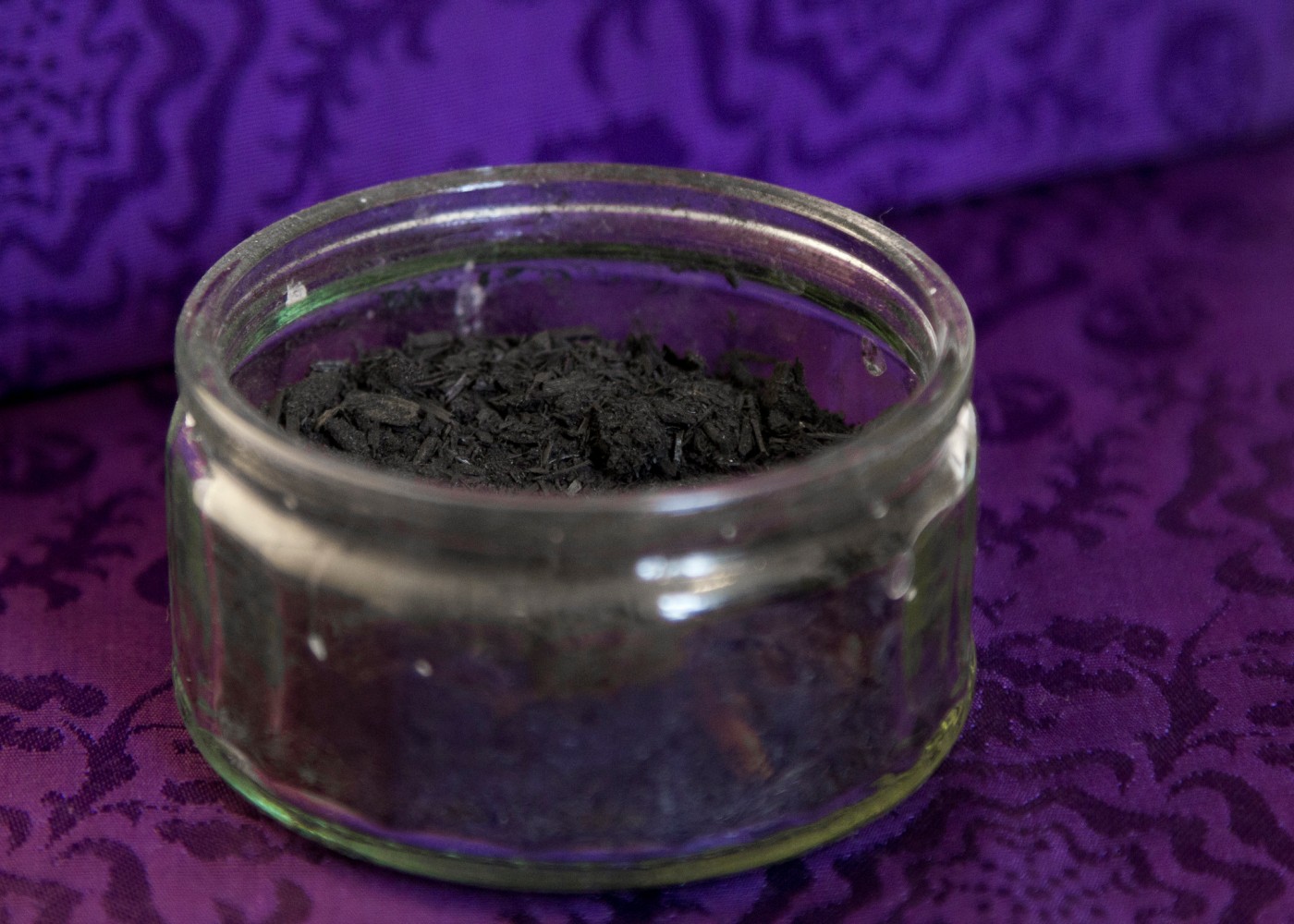 “Father, there are no palm branches.”

“How did you let that happen? Never mind, bring me the ashes.”

The deacon dutifully brought the marble jar before scurrying away to hide behind the altar’s red velvet throne. Father Orson pulled off the heavy lid to survey the contents before tucking the jar under his arm like a slaughter hog.

It wasn’t long before the first parishioner approached the altar, her pale pink dress still shadowed by a dreary midwest-winter brown coat. Father Orson impressed a forceful ash thumbprint on that first acne-covered forehead, next to the one covered in pancake makeup worthy of a mime and then cross-shaped smudges onto a squalling baby that reeked of urine.

He found himself contemplating politicians kissing baby’s foreheads with their mouths and how he left unholy black lipstick ashes behind. Less politician, more satanic rock band leader with his own sins stuffed up under his robes. He wondered for a moment what would happen if he snapped the neck of the chicken-like elderly woman that followed the screechy soprano section.

If he drank their blood at the pulpit, would the congregation cheer him on with white, waxy candles raised high?

I bless you in the name of the Father, Son and Holy Spirit.

And in the name of Mary Smith.

He repeated the names under his breath with a faint smirk curled around his teeth like the stiff white collar snake-coiled his neck. He knew they’d all wipe their vandalized foreheads and lives clean by lunch but he also knew their secret shadow sins as well as he knew his own.

He mumbled “ashes to ashes and dust to dust” and then obediently slogged down the leftover grocery store wine leaving ashy fingerprint whorl marks on the metallic chalice.

It had turned out to be a good Ash Wednesday service; Susan Johnson, a larger-than-usual woman, had contributed to the jar just the night before. Her soul would linger on shiny and wrinkled parish foreheads the rest of the day. He was happy he had enough ashes to complete the Ash Wednesday services despite his incompetent deacon.

Amy Barnes has words at a variety of sites including McSweeney’s, Parabola, The New Southern Fugitives, FlashBack Fiction, Flash Fiction Magazine, Detritus, Lucent Dreaming, Lunate Fiction and others. She’s a reader for CRAFT and Narratively and Associate CNF Editor for Barren Magazine.