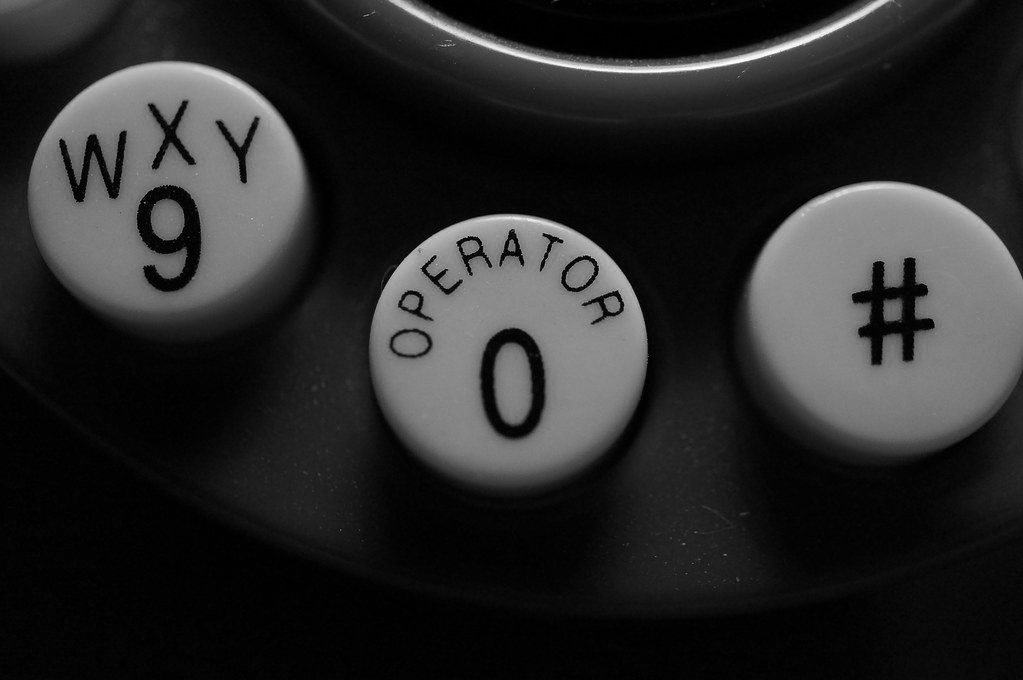 You witness an inanimate birth. From the wall jack in your kitchen, a handset is born. Each bulge and curve slowly revealed as it slogs through the expanded outlet. Drywall welts and sweats. Its plastic mouth unfurls. You massage the malleable flesh as the newborn is fed into your hands. The delicate body followed by tightly coiled wire.

When it begins crying, you don’t know what to do. You put the speaker to your ear. A half-formed voice says, “My guts are clogged with dataplasm.” Its tone shrouded under static. The wall-voice appears otherworldly, its offspring only an extension of the host’s desires. You consider cutting the umbilical cord, but this feels like a betrayal.

Operator arrives with photo-spatial modulator. Their appearance obfuscated by an unknown source. They are rendered without definition or detail, a faceless and enigmatic entity. Before you are able to speak, they reorient your kitchen into a surgical suite. 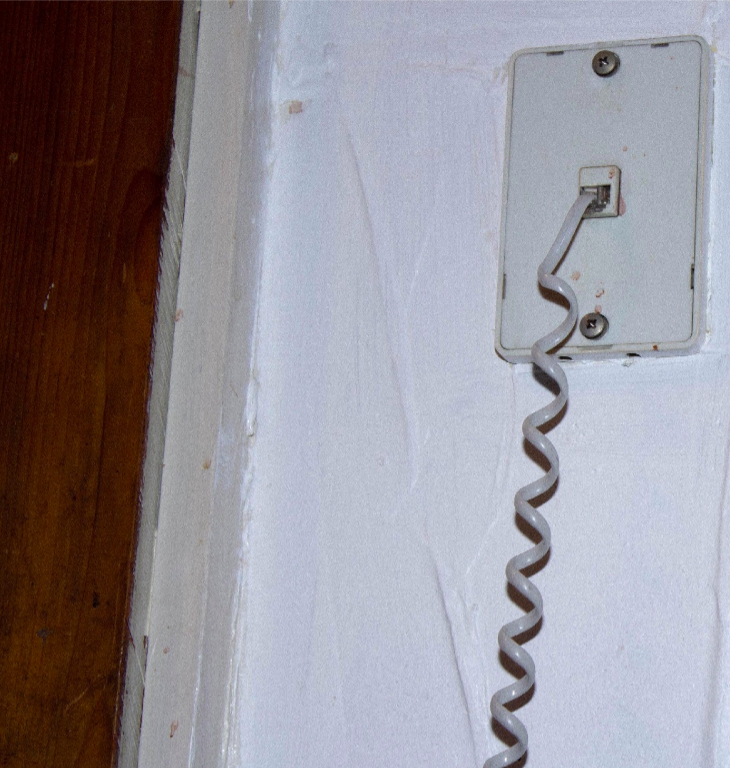 Operator attempts to perform non-invasive measurements. Connects mandibles to dermal nodes in the vicinity of the afflicted orifice. Photo-spatial modulator is used to assess what has instigated these growths. How certain cavities have been filled and emptied. The operator only talks to themself. Muttering about mutated disks and dilapidated neural architecture. You feel the desire to approach the wall-voice, but you remain silent. Steam hisses through the radiator.

Operator asks if you have any attachment to the offspring and you tell them that you don’t. They say that they want to make an incision. Open up the body and see what’s inside. This is the first real birth they’ve seen. And they do not want this to come across as impersonal. “It’s not my call to make.” You notice that you still can’t make out what they look like. 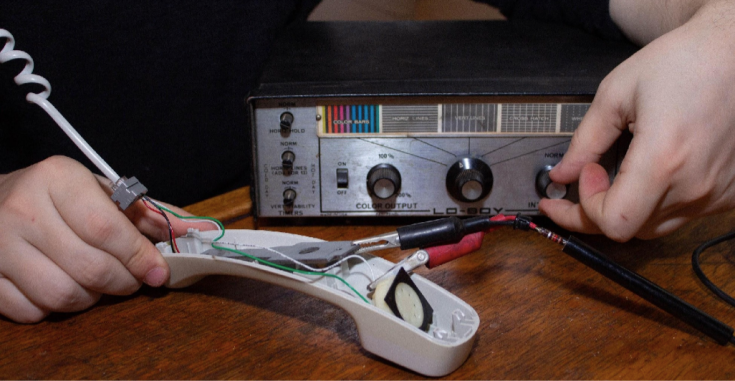 Mandibles dissect the newborn pre-corpse. Umbilical cord still spiraling towards the wall, into the empty womb. Operator disassembles the carapace and delicately separates the veins. The innards disperses. Electrical currents accentuate muscular activities. The photo-spatial modulator takes more precise and complex readings. Searching for symptoms of different catalysts. Murmuring voices continue to pour from the receiver. “My skeleton has been cored.” Operator navigates changes in the waveform. Visualizing ontological anomalies into corresponding patterns. “If the lines read horizontal, then the growth is subject-oriented. If the lines run vertically it means the growth is object-oriented. Cross hatch is something in between.” He terminates and reanimates the offspring several more times. Each iteration splitting into new root-passages. Forming distinct identities which wander psychogeographically. Pulled by subliminal desires. Operator unintentionally constructs dense labyrinths within the mechanism, borgesian in their nature. Arranged in simplistic patterns but replicated seemingly infinitely. Babbling voices seep from the receiver still, saying, “You will not inside-out me.”  Operator removes the clamps and mutters something to themself. Something about babel-ware. You don’t speak. You let the air become stagnant.

When the body will not reveal its origin—the origin of its origin—the umbilical cord is severed. The voices dissolve into pink matter and ooze from the earpiece. The offspring moans and pulsates. Frayed copper gently swings against the wall. Operator attempts to open the nodes, but the screws have been stripped. Weathered until faceless. You watch them pick away at the plastic shell. The mouth of the wall constricts, severing its connection to the remaining umbilical cord. The organism enters isolation. Babel-ware reinvigorates tissue with parasitic mutations. Machinic growths nourish new cells with plaster. Mantis jaws break down wooden boards and metal pipes. Wall-to-living consumes its surroundings, hollowing the interior of its habitat and expanding the reach of its membranes. Building dense carapace with microbial hooks latching to the inner drywall. New organ-matter forms, replacing what was lost. The machinic growth thrives.

Logan Jones is a photographer and filmmaker working out of Minneapolis. Find his work on Instagram at Logan_jonez