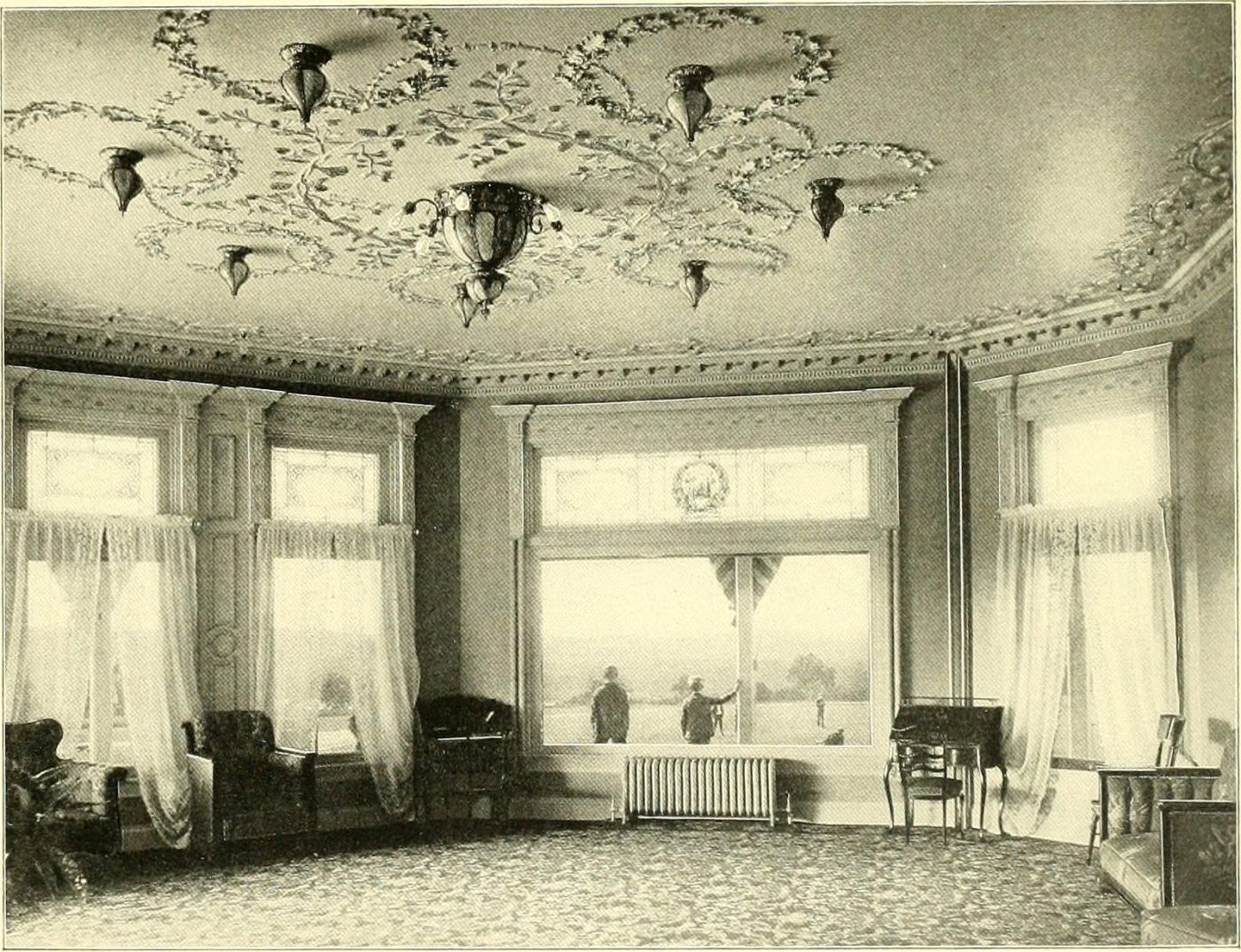 When the aliens finally rise by chokehold, they actively corpse the Atlantic, an elastic body of wa(i)ter. Otherwise, passively, their barely viable bodies are expedited to a foreign grave. That’s what’s alien and grave where nobody leaves.[1] They rely on the chance mourner, otherwise lover, pressed firmly to the ground to wear them in to America. At a welcome-home party, the conversation’s awkward because no one else thinks they’re home. Emergencer! The outer space is closer than where we chart our fear of bury bodies. Parents of friends, friends of parents, pass before birds and ice water in the morning. I clock them Sunday-praying from one national emblem to another, the same predator bird who’s identity-confused. The maids, the nannies, the truck drivers, hairdressers, unsuccessful, unhappy, not fluid in English, yet they stay. We have kids in the schools, they say, In Poland, the math’s different. The periods linger. 1.5 matches 1,5. They plug for persistence. The comma winks at them; they wince. How can they be how it is to sleep in the socket
If it’s heavy,                                                     find the way back.

For my father’s aunt, it takes a stroke
in the water
to return
to die.
For my father, it takes my mother’s begging
to stay,
to stay.
What dies within immigrants during relocation embodies a loved one to have over for the holidays, a mirror’s companion, a broom’s. And then it’s impossible not to binge on what this loved one owns, what she owes, in a fit of nostalgia on a brick sidewalk in the cold. Both regret and hope.

Once, coffee smell at the bar so potent, at first, a fart. This makes me queasy before I realize it’s
a drug.
Someone has to tell them.

They come together, but what if they came apart?
Petal               felt                           the whole flower crumbles.
What if Mother, what if Father, were a rose                         apart?
They remember crackling on TV and stores stocked only with vinegar, remember the meat market dawn and ration papers for flour, chocolate, milk. One time my father brings home horse sausage just to prove to his family he waited in line. All that was left. A belly blistered from bread and instant coffee causes anxiety even now whenever camping threatens their surplus.
Does Mother ever come
together with him who picks salt off the screen, needles off a need less tree,

.
She wins the lottery. My father, he’s quiet. His plan to come to America, make bank (succeeds) and leave (fails). He pays mortgage to a fingertip instead of having built his own home on a fairy’s back. Needle-less tree is a needy tree, is an unnecessary, unwanted tree.
Didn’t Communism teach this?

Does Mother ever rise,
rose? Has she raisin with someone
who takes
from where there is nothing left

to give?
Does mother
tongue ever come
back to one so desperate for the sea
salt nourishment of the America
-n dream?
An immigrant moves as water
evaporates:
in vibrations caused by heat or as the extraction
of sediment. Return is possible,
but only as rain.

Does he forgave for what she did or she forgive for who he is? Forgiveness shoots rain straight back to the sky. They’ll wait, now, for its return. Does she forgave or he forgive? And so it goes.

Preying on one emblem and another traces tears down a single bird’s spine, Poland, the white, America, the bald. Together they generalize the deadpoet; “The whiteness and wing span was awesome” (Nobel). Biały orzeł is mainly a legend, a phlegm agent: brothers Lech, Czech, and Rus declare their father’s kingdom too small to divide amongst themselves, so they wander Europe in search of a place to settle. Upon spotting the bird and considering it a good amen, Lech, with his vision, sets down his coffee and proceeds to lean entirely over the table to sip it. Oh open foam, oh frothy flames, grip my cheekbones and cause offense on my courtesy, for my neck is stronger than my arthritic hand. An elderly woman has the right idea: to sip backwards, it’s piss, and there’s a bowing involved to his brothers, Russia and the Czech Republic.[3] The town Gniezno (nest) and its companionship land contend for the most invaded country on the map. Only when Poland regains its independence do neighboring countries deliver the bird a crown, assuming it’s carrion &

On DCEagleCam.com, the following disclaimer can be found below the video feed:
This is a wild eagle nest, and anything can happen. While we hope that two healthy, juvenile eagles will end up fledging from the nest this summer, things like sibling rivalry, predators, and natural disaster can affect this eagle family and may be difficult to watch.

I don’t know these eagles just like I don’t know the actors who die in movies, yet this immediately arouses negative emotions—who, birds, do such a thing to birds? This applies to all narratives of immigration, as they involve familial strife for an interstitial audience. Seriously, read it again: while we hope that two healthy, juvenile humans will end up fledging, anything can happen. You’re wild and foreign, yet a familiar narrative where anything can die.
Accipitridae, the family name for bald eagles, yet all I can think is: accent rips the day.
What’s in language that isn’t meant to live?
What’s a symptom of language that outlives it?
Accent,
an accident.
When it leaves,                         ascent.
I do not sound like an outsider, and this scares people. I repeat my parents’ orders to people with thick American ears. There’s no hope for them, but I can say th and make lots of money.

All I’d have to do to humiliate them:
thread thumbs through three thick teeth
in front of a large American audience.
Repeat after me:
tread tombs true tree tick teef.

If everyone were Polish, this would be the funniest joke at the party.

Would I have sued immigration, the whole of it, if it had taken me a year later, after the accent cut-off? No, for something that would have helped
me belong &
To the outside.
In Poland, it’s easy to belong elsewhere. People ask me if I’d move back, or how I’m settling in, or which country I like better. They sniff out the truth, even though I shoulder-nod an I don’t know. When I’m a teenager visiting my grandparents, I’m taken to a hospital for an abnormally high fever. The doctor wants to keep me overnight for observation, treatment pending. Unsatisfied, my grandmother flashes my American passport, and it’s enough for her to dose me with the strongest medicine and send me home. I feel better almost immediately. Later, I overhear my grandmother brag about this to my mother on the phone while I self-diagnose symptoms of a star, a star, an outsider who owes them.
But sometimes I am not based on my status. On the way to the hospital, a police officer stops my grandfather for speeding. Worried, he points to me in the backseat and says, Please, officer, I’m only trying to get my American citizen to the hospital. No, he lets go out of compassion.

[2] “…People looking for an experience of radical dépaysement [‘disorientation’], in which context they can give full vent to forbidden addictions (boys, drugs, liquor)…Communism—by definition—rules out the possibility of ‘dépaysement.’ No strangeness. (No alienation…)” (Sontag).

[3] Lech is the only one who doesn’t assign his country his name. Instead, his name brands a rather popular Polish beer consumed today.

[4] Unable to spring for double-headed, which describes the eagle in Albania, Montenegro, Russia, and Serbia’s coat of arms, Poland and the U.S. keep it simple. On another note, America’s eagle can be found in the Great Seal of the United States whereas Poland’s eagle can be found in its coat of arms. Why does this, again, feel like Poland is subservient to the U.S.? It stands behind the U.S. in a long line of countries employing the eagle in exactly this manner: to protect. Not to vouch for, assign, or threaten. 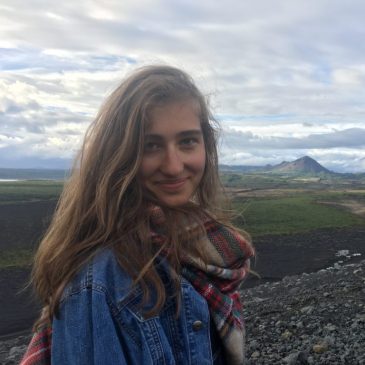 KAROLINA ZAPAL is an itinerant poet, essayist, translator, and author of Polalka (Spuyten Duyvil, 2018). Her second book, Notes for Mid-birth, is forthcoming from Inside the Castle in late 2019. She is collaborating with the poet CA Conrad on translating their book, The Book of Frank, into Polish. Her work has appeared in Flock, The Manhattanville Review, Bone Bouquet, Foglifter, Witness,Bombay Gin, and others. She served as the Anselm Hollo Fellow at Naropa University from 2015-2017. She’s an editor with The Birds We Piled Loosely Press and an appointed Bridge Guard in Štúrovo, Slovakia. Born in Poland and raised in the United States, she wonders about lost cities and impenetrable borders.