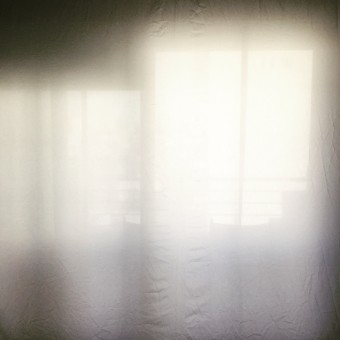 Cupped on a leaf, she floated down from a tree branch delicately. Her mind rocked back and forth, rocking the leaf back and forth. This was something she did sometimes when she needed to calm down, more relaxing than counting to ten. In her vision, a centipede dropped into the leaf, the comfort cut off completely.

It had been an uneventful day, but she cried about it now from the nook of her bed. She responded to herself the way people did with crying babies in public: part disgust, part sting of empathy, knowing that desire to be held. All she’d done was visit her mom that day, back to the childhood home where depression had manifested. Corinne almost laughed at herself for trying to pretend that wasn’t the reason for her random sadness. Her and her therapist definitely would have gotten a kick out of that. Paula wouldn’t say how the two were obviously connected; she’d ask her to describe a typical day living back home. Corinne would detail napping, not showering, Netflix bleeding together. Trying to hide out when her mom gets off, but eventually having to sit through the speech of how lazy she is, to snap out of it or get out. Later, the tears that she could always hear, no matter how Corinne tried to be quiet. She’d say to pray, or stop listening to sad songs, or she didn’t know why Corinne was so sad when she didn’t have a reason to be. It would all become clear to her, how the constant reminders of sickness might just hold back the healing.

Corinne rolled to face the TV. She tried not to think of that other thing about the old house. If it creeped into her head she wrote it off as a side effect of trying a new medication. They often made her tired. She’d float through entire days coming in and out. If you’re never there you don’t notice what’s passing through. She’d woken in the dark, not remembering when she fell asleep and confused about the time. Her head lolled toward the window. The moon shone a bit sickly. Harvest. Like Halloween. Those had always spooked Corinne. Her eyes itched. She rubbed them and got a clearer view as a red pupil slid around the surface of the moon. If she didn’t wake so hazy she’d have felt the shift in the room, would have known it was no moon at all. Its taut white body suddenly lurched in unison with her stomach, the face dropping down to meet hers. She’d closed her eyes the second she realized she wasn’t alone in the room. She didn’t know how long the gangly thing stood there inhaling her breath before sliding back to wherever it came from.

It was the depression that sent her running, certainly not the feeling over the next month that it was still there, watching. No, the knowledge. She knew it was there. She turned off the TV and placed the fleshy pads under her thumbs to her eyelids. She practiced self affirmations. I’m good enough. I just need to do what I can to be happy. There was no creature. They weren’t working. She felt crazy and would never be able to pull herself out. She got out of bed and sat in her laundry pile, crying. When you feel low, you want to get low to the ground, trying to imitate the grave. Come on, Corinne, pick yourself up. It’ll get better, it’ll get better…One solace was that she didn’t have to work the next day. She could skip the somehow still exhausting routine of doing just enough to look presentable before dipping in ten minutes late anyway. She could indulge and recover and not worry about everyone being able to tell her hair was unwashed.

Her self-care sheet would say to brush it out, lather, rinse the episode away until the water runs clear. Take a cute selfie, watch a funny movie. She commanded herself up and out of the laundry and crossed to the other side of her studio. She meant to consult said self-care sheet, to find an item that would actually give relief, but it had been ripped from the wall. Corinne couldn’t remember taking it down, but doing so in a fit of frustration seemed like her. She ignored it and crawled back into bed. She stared hard into the blackness of the closet space in the corner, willing something to bring her harm. Distraction. Relief. The white creature spidered its way to the forefront of her mind. Its dry, hole-ish skin. Its arms that hung long and low. Was that the scratching she sometimes heard, its cracked hands dragging on the hardwood? It was working. She was sufficiently freaking herself out imagining one of those arms reaching from the closet across the floor, under the blanket and up to her face. The hand would clamp down. Flakes of its skin would get in her mouth and so bitter would force her to puke, and die choking on it. The creature could be off to let everyone assume she just killed herself, finally. The fear eased the ache. Corinne sank into her pillow.

The next morning the sun shone right on Corinne but somehow she could look right at it. She felt well rested and wondered what time it was. She hoped her mom wouldn’t yell at her…she remembered that she’d moved out though. This sometimes happened, where she’d wake up and for a moment think she was in her own home. But her studio’s closet was in a different spot, and the window was not over Corinne’s bed anymore. She opened her eyes and the sun was a pupil, blazing more orange in the daylight than that night at her mom’s. She sat up and darted to the farthest corner of the bed from it. Her sudden movement and strange gasps did not seem to bother it. It just stared and after awhile must have gone back to the closet, or somewhere Corinne could not see. She didn’t know. She had buried her head in her arms long ago waiting for the sterile atmosphere to go the fuck away. It was dark by the time she looked up. Things felt a little back to normal but still off. Corinne realized that there was now a deep purple curtain on the rod she’d put up a long time ago with the intention of getting a curtain just like it. She’d never gotten around to it. The curtain was open, so she peered out the window to the courtyard of the building she lived in. It was disconcerting. Had anyone seen? She closed the curtain tightly, unsure what she wanted the answer to be.

Corinne slipped clumsily through the next week. It was hard to concentrate at work, to respond appropriately to small talk. Her things at home had been moving, or missing. A lipstick she only got to wear a few times, the Jamaican soda bottle full of cigarette ash, the library book she was about to read. She couldn’t tell anyone. They wouldn’t understand the white residue left behind on her dresser. She hadn’t seen it again but she knew it was there with her in the little studio. She was horrified and desperate to know where it always retreated to. Her plan was to stay home and catch it in the act. Just to know. Just to see where it had forced its way in. And she did see. It would emerge from the blink of an eye and not care as Corinne watched it curiously study her possessions and throw some of them away. It was their home now.

She didn’t do any big goodbyes at work. She ate lunch at her desk as usual, but sat with a secret glow that she wouldn’t have to get up early anymore. Or even really get up at all. She felt bad about not putting in two weeks notice but if therapy taught her anything it was okay to start putting herself first. When she arrived home she dumped her purse down in the laundry pile. It was lying in her bed on its back. That was a first. It made it look somehow softer. She’d spent the bus ride home fantasizing about a nap. Corinne stood next to the bed looking at it. Those bloodshot, pink lake eyes were the only part of it that moved in her direction. It stared for a minute, then closed them and flattened its palms to the mattress. The thin white body unclenched. Corinne cautiously laid down on the creature, on her back. Her body unclenched too and she melted, like nothing bony was beneath her. This was closer to the grave than Corinne had ever been, and she knew she wouldn’t be going outside for a very long time.

Trina Young is a sugar cube dissolving in a mug of hot tea in Chicago. She has been published in Superstition Review and Afterimage Online’s Inklight Gallery. In 2015 she received the honor of placing third as a Gwendolyn Brooks Poetry Award Winner in the Illinois Emerging Writers Competition. Her writing themes often include mental illness, identity, and observations about the absurdity of life.