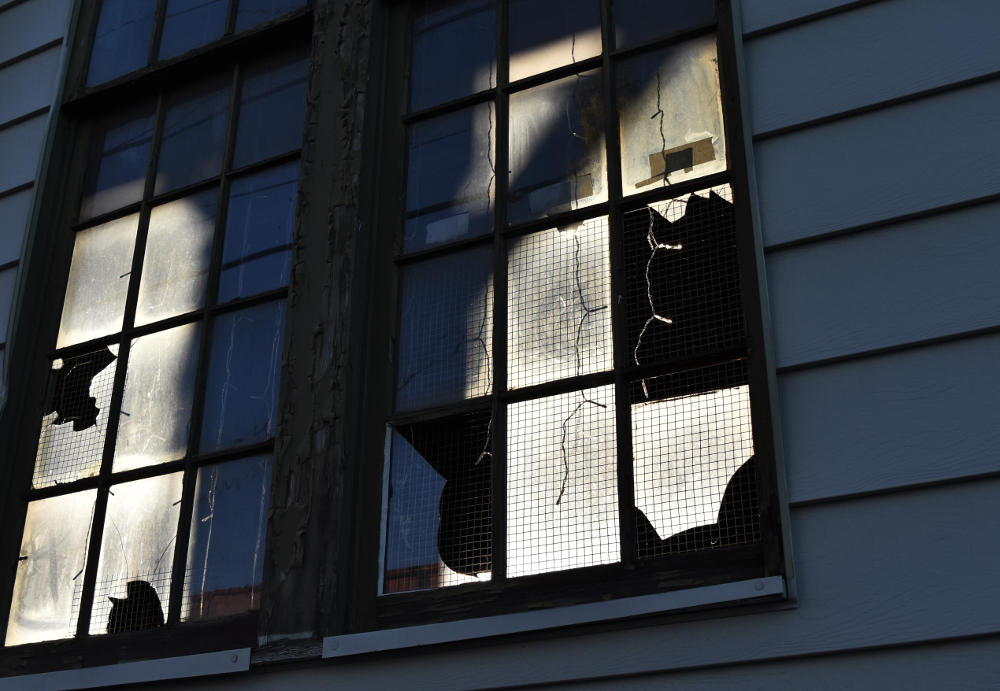 I am setting out on this water not to drift but to row, since this not loving you has drawn from me almost as much as loving you once did, and nothing is as full as a boat by itself in a sea that does not end.

We found it at the edge of the woods that August you wouldn’t touch me, just a skeleton of walls and poison ivy climbing all the way to the caved-in roof, triple leaves bigger than hands and glossed to the point of dripping, and it was almost pretty, all those edges hooked against each other, baring back a tessellated light, just as long as we didn’t come close.

I was not afraid you would hurt me, but that you never would, that you would never even peer between these ribs I’ve hinged apart for you, until the wind will do to me what it does to all soft creatures left behind by the tide, and the only sound my throat can make will be the sound of robin nests unraveled in a storm.

That summer like some prophecy you kept finding dead birds—a sparrow brained on the sidewalk, legs still kicking, a swift under a streetlamp, the crooked windlorn shape of it nearly all wing—except that it couldn’t really mean anything, other than timing and bad luck, or how cruel the ground could be, unless death was somehow being without belonging somewhere.

The day I left town the rain blew too thick to see down the road where your house was, but I looked all the same through the glass and the grey-veined water, since I knew it was still there, knew it only felt gone because I was going.

So many nights I have looked for the moon, and the moon isn’t there, though I do not blame it, at least not how we blame each other for only being who we cannot help but be, meanwhile the moon is still there someplace, still tugging on the sea, the way we once tugged on sleeves before we knew what hands could do.

What I am looking for is never in the boxes, all those things scattered and stacked, the constellation of what once was a home dismantled, and memory does nothing to hold, only cover, a film settled there with the mouse droppings and dust.

Sometimes when I’m afraid, I still think of those humid nights when bats squeezed their way into the house, small gargoyle bodies flapping helpless against the walls till you opened all the windows and turned off all the lights, and we kept a silence longer than any promise, waiting for them to sound their way back into the wing-filled dark.

You were different now since the last time we’d met, and at first I wasn’t sure how to know myself beside you, but then we came to that place where the road almost touches the river, that gap in the fence where we could slip down among the rocks and watch the wakes of the barges on their slow way somewhere else, meanwhile the water on shore pushed years of broken glass against itself, wave after wave glinting the shards into an endless chime.

The wish to be

below the same current

but when they speak

a ripple of gills

will it be to say only

Erin Calabria grew up in rural Western Massachusetts and currently lives in Magdeburg, Germany. She studied literature and writing at Marlboro College in Vermont and radio documentary at the Salt Institute in Portland, Maine. Her writing has been nominated for Best of the Net 2015 and selected as a winner for The Best Small Fictions 2017. You can read more of her work in Split Lip Magazine, Sundog Lit, Third Point Press, Five 2 One Magazine, and other places.

Previous versions of “Ten Sentences” appeared as part of Winghunt, Erin’s project of one-sentence stories written each day for a year and archived at her site winghunt.tumblr.com.

One thought on “Two Pieces by Erin Calabria”