Terence Stamp in ‘Far From The Madding Crowd’, that’s who I think of as the doctor pokes about my ancient lady bits. Terence Stamp in his cavalry outfit on a hillside, jacket red as rose hip. It’s a nicer picture, that, than the top of this doctor’s head, all mottled like the backs of my hands. No, it’s worse, more like the bottom of a teacup with the floaty bits left. He wants to be careful with that.

I didn’t like the new one they did of that film – rubbish! You couldn’t’ve paid me to go see that, all these young actors. Give me Terence Stamp, poncing around with his sword, trying to impress Julie Christie. Terence Stamp on horseback. I bet Terence Stamp looks a lot better in stirrups than I do.

The doctor looks up at me from between my knees. He has the bluest eyes. 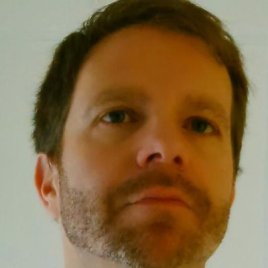 One thought on “‘First Class Stamp’ by Nick Black”