under there, somewhere by Andy Harrod 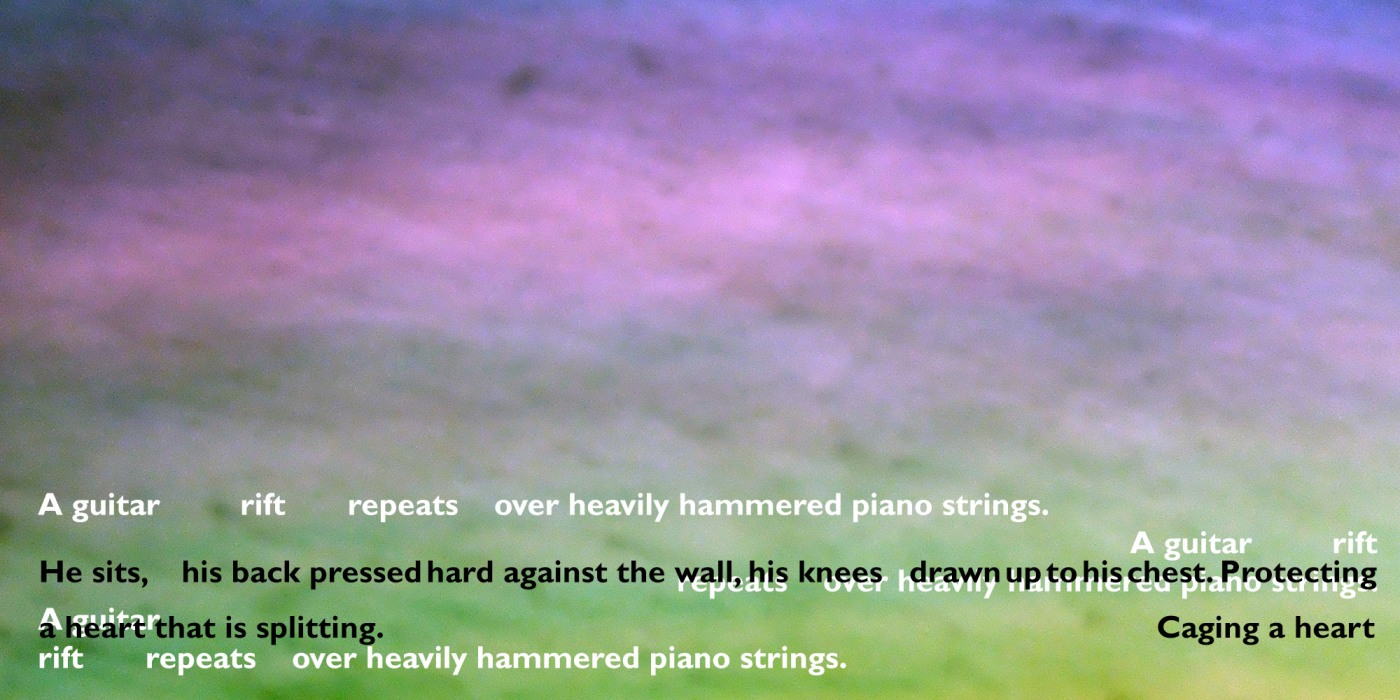 He hears  the father’s voice first, a cracked whip across his senses, an involuntary flinch. He lifts the arm, the song begins again. It doesn’t stop the girl from appearing, flopping to the floor, crying. Pastel dust sticks. He remembers scurrying away from the aisle, he didn’t belong there. He’s not one of them, how could he intervene? Eyelids. Alone, alone. Five letters etched. Beat away these colours.

Not this. He slips the record from its sleeve. He turns up the volume. He carefully places the needle.  She sings. The words fall from the score. He lifts the arm. Repeat, repeat. He mouths ‘I belong  only to ghosts’. He can’t shake that memory, just out of grasp; each month he visualised pulling him, pulling her, in. It did no good. He mouths ‘I belong  only to ghosts’. She nestles next to him, he places his head on her shoulder. Exiled.

connection severed.  A language unknown, fills the empty space. Each imagining what they will never have. He visualises himself screaming into their faces, ‘imagine what you can’t’. He knows they won’t even meet him quarter-way. Charcoal dust he sprinkles. A silence of torture agreed. His hands blackened, but theirs clean, smelling of baby wipes.

‘How can such sorrow come from such love?’ 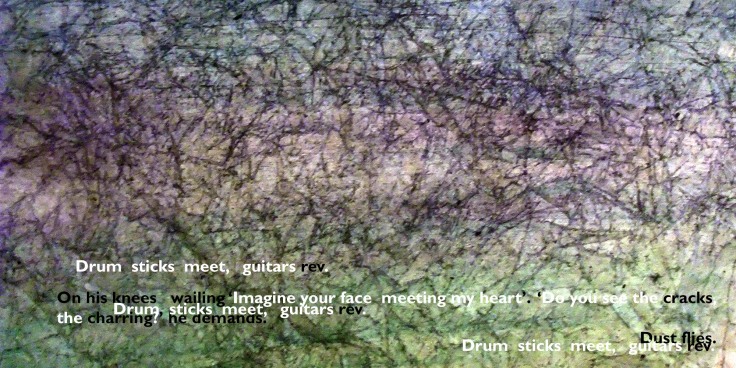 They are looking now. The electrified noise rush, turning in. His fists hammer against his thighs. But they are not seeing. Charcoal smudges he wears like warpaint. ‘You wear that dress like a fucking tattoo,’ he snarls. Small wheels are pushed away by bumps. He picks himself up, adjusting his face to suit their needs. ‘You might as well spit at me in disgust.’

He takes her hand. ‘Dare I intrude on your happy ever after?’ A fading pastel rainbow, they lace together their fingers.

Feedback echoes into white noise. ‘I’m under there, somewhere,’ he whispers.

Andy is many things, including a writer, therapist and (soon to be) PhD student, but not a dad, which leaves him too often wondering if he is anything at all. Find out more, including his book, tearing at thoughts, at Decoding Static or chat @DecodingStatic.