Stave in the Autobiography of Sidney Ashe Fletcher by James Gifford 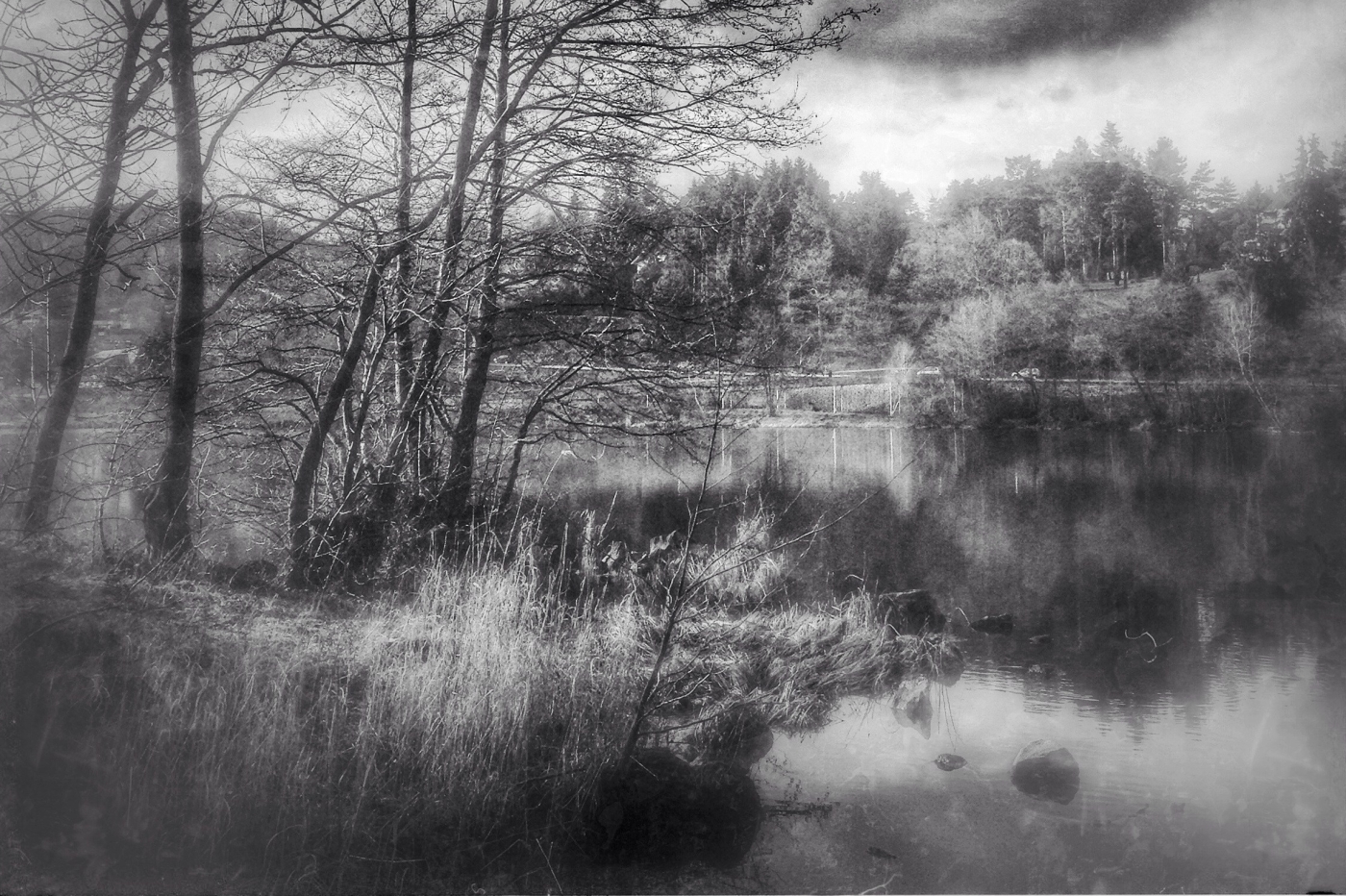 The road was cunning under the tires, slipping and pulling as I turned onto the forest service road beside Stave Lake. I was crunching over the gravel with plumes of dust filling the air behind me. It smelt more like desiccated mud than grit or ash. It was hot for May, and I had no idea where the road would lead. I was between two guides: the GPS and a nineteenth century memoir exhumed from the archives. Both were illuminating the screen of my phone, and I was alternating between the two when I would pause.

1890 – As I learned more of the country and surroundings I realized what wonderful fishing and shooting was to be had in the different lakes and streams not far distant from the City. The Pitt River, the Lillooet River, the Stave and Harrison Rivers, and the lakes from which they came, although well known to the timber cruiser and trapper, had not yet been explored by the great majority of the young men of the City.

It was a choppy way with some deep holes, large rocks, and bridges just wide enough for one vehicle to shimmy across. The windows yawned open for the sun, and I was tasting the road dust coating my throat and nose whenever I was slowing enough for the cloud to overtake me. Slipping past the narthex onto this nave of roadbed between aisles of trees and rising clouds, I was rising and falling across this strip of land carved between the hills on one side and the descent to the water on the other. Even though I was moving, the way felt enormously still. I also knew this wasn’t my road, and my small, old car was entirely unsuited for it. This wasn’t where I was meant to be, but it’s where I found myself, curving and cruising along slowly, climbing upward. Two sharp turns and a narrow bridge put me beside the steep trail climbing to Rolley Falls and over the stream falling from one lake to the next. That was a way I knew well underfoot. Pausing to listen to the thrum of the stream through the rocks, its coolness came in the window and softened across my face. This was ever-changing water on a path well-trod before. It was running from the tame lake and downward, over its tiny falls, and under its footbridge, along its bed, crashing in a grander pair of falls down the steep bank, and dashing itself onward under the narrow slab bridge my car was crawling over a moment ago, before the water ran racing faster downhill to join into Stave Lake. In a sense, I had the same path, but levelled and dusty, dry, and inching from the past into the present rather than the present into the future.

Then I was rolling on again over a long series of bumps and climbing until I was above Devil’s Lake, where I stopped to get out, stretch, and start looking down into the water through the trees. The green growth was thick here, the descent was precipitous, and I saw no trail to let me easily rise again from the Lake. I gave up the harrowing view and went back into the car and up my intended path again, remembering that straying from my purpose ran risks I’d miss it. I had no place being there, and my guide texts were pointing in another direction.

We got a dug-out canoe in fairly good condition and left from Sapperton late one evening with the flood tide. In four days we reached the Lake, moving along slowly against the swift cold water, lifting and pulling the canoe over logs and rocks, unloading and portaging past some places where the water fell abruptly among the rocky ledges. On each side of the stream the timber grew tall, large, and straight in a wonderful, dense compact growth.

The trees climbed up to just meet over the road, touching above and diluting the strong sun. The road is rougher here, my speed was slowing, and the taste of the roadbed thinned as the cloud was lowering and trailing behind. The sense of green air was still thickening and pulling at the senses, but I knew this wasn’t my place either, and to stray from the path would rehearse an intrusion I was not here to make.

The car was bouncing, and where the trees thinned I could see a tent here and there, pitched in a flat plot of land. Some seemed quiet and some seemed hidden, but they were all well back from the road. I was feeling conflicted – the freedom of setting down wherever was empty felt liberating and called loudly, yet this wasn’t empty. It never had been. It would never be.

And then, suddenly, as the road was softening, the trees thinned and the lake opened out on my right side, hanging in blue and green stretched out over the yellow softness of the dried mud flats. There were no other vehicles and no one in sight. The crunch of the gravel grew soft as I found space on the roadside, braking on leaves and catkins from the trees. Tracks from ATVs ran off into the mud dunes and over the thin grasses holding it into small hills, but any machine there was in perfect silence as I got out and walked off across to the water. The wind and the birds and the water were the only sounds over the creaking of the trees as they were pulled to-and-fro. It was still and thick with the buzz of life flowing all around through the alders, grass, and scrub. Shredded mulch from logs was being muddled into the ground everywhere. I pulled a few dusty soap berries from a bush in the shade and let their seedy astringent taste fill my mouth.

Reaching the Lake, we camped on the east side just above the outlet. A high sharp peak stood boldly out on the west side, towering over everything in sight…. The water was clear and still here. We could see trees and logs of all kinds that had drifted here, and lodging, had in course of time become waterlogged and got below the surface.

I wandered for some time, out to the shore where there was a swift drop just under the water’s edge, and then strolled among the dunes. The tire tracks crossed everywhere, ripping into the weaving grasses, and a few into the channels running in, shallowly, from the lake back to the trees. The silence felt like a puzzle – an aporia. The alders didn’t suggest an answer. I watched a crow follow two chattering robins who were trying to keep it from their nest. The wind was crossing my ears, and in that gap of machine sound and of human voices, I looked back to the curve of the hills. The thread of that curve went over to Alouette Lake around Mount Crickmer, weaving by the hidden lakes, Sayres and Florence. I couldn’t help feeling eyes watching down while I was tasting the strangeness of those names. Black eyes perched high or on the wing.

In a wide level area of the mudflats, the ash and char left of a large bonfire was surrounded with smashed brown glass and bottle caps. An improvised pole made from an uprooted sapling was up beside it. It repurposed a fading yard sign from a long defunct political campaign, with “CAMP STAVE” burned into it in straight lines. It was a long way from a Langley farm, and the sapling had been plucked before it could ever become long wood, which seems a wrong meeting. This felt like the right repurposing of something not so much displaced as transplanted, but I wouldn’t claim any stake in this kind of marker. I used my tongue to push the bitter pips of the soapberries out from between my teeth.

I stood there thinking about that sign. The faded whiteness from the voice of political demesne or the usurper, and its palimpsest atop, rewriting a new campaign and a new narrative. These were conflicted messages, but they were both claims of a kind. It was planted there as if to say this place was not a place of its own – it stood as a gap waiting for an inscription to speak its name, writing down an epithet of somewhere else. But it isn’t an aporia. It isn’t elided. It isn’t nameless. The soft, dry mud and the water couldn’t be cut away. The dark trees buried under the water, some still pointing to the sky like blades rising from the ripples or spires sprouting from the earth, were older staves breaking through from the past, holding back the tumbling rush into the present.

The mountain here was quite low with very little timber on it. We got ashore and easily went up to the top. Here we found to our surprise that we could see the Stave Lake extending below us, and north and south for many miles.

I walked away from the char and post over the worn and sanded brown stained glass to the water’s edge, kneeling down and placing my hand under the cool surface of the font and seeing the lake rising up its northern arm with the crowns of drowned trees on the eastern shore pointing skyward. The robins were now circling and pressing on the crow that cawed away finally, winging southward voicing its frustrations. I took my hand out from the water and with it still wet, I took out the folded note that was resting in my pocket, opening the half piece of paper. With it flat, I lowered it, floating it on the water. It was my inscription back to the however-many-greats-grandfather who had translated me to the shores of the waterways of my memory, all flowing down from here to the water-linked space I called home. The mysterious blue of the ink was washing out as I was worrying the paper through my fingers. It was all pulling apart and began drifting out under the watchful sun over the waters, carrying the words back and leaving the paper clear.

I stood up and turned my back, letting it whisper away, receding behind me with words on top of words. I quickly drifted after my words down the path and following the way downhill, back in my car and rolling easily and swiftly. It was a fleet passage rolling to the dam, turning, and underlining a change of direction, washing the surface clean to decipher more and inscribe more, to pull back voices unwritten and listen for their place to speak.

James Gifford is an active editor. He’s taught in six countries on two continents and lives in the Pacific Northwest. Find him on Twitter @GiffordJames.