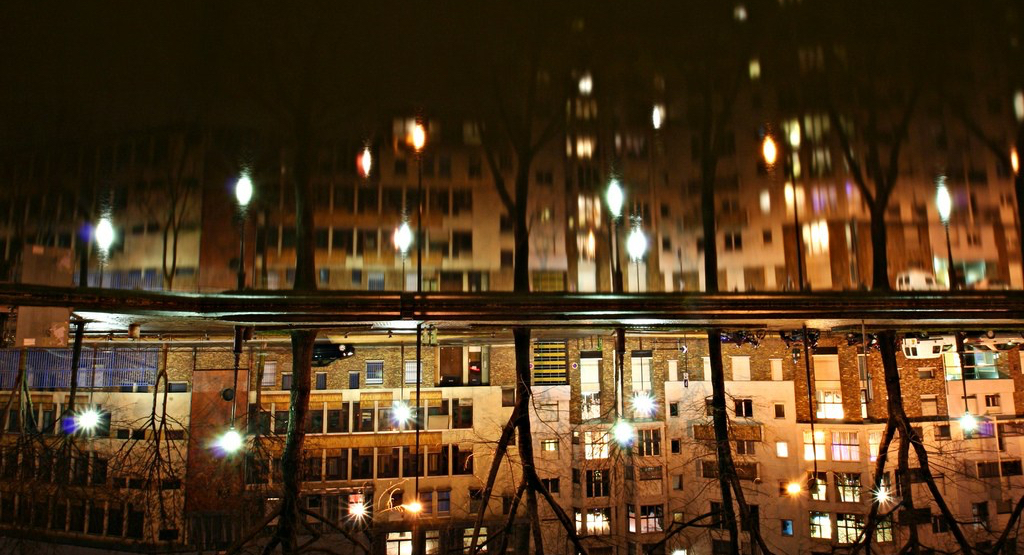 We were in Paris, there was never enough money, and everything was expensive. I didn’t have much French then, but it was enough to get by, or I thought it was. Dorothy didn’t have any French at all, and from the outset she said that she wasn’t going to learn how to say anything beyond ​Oui.​ She was American, and I loved her, or I thought I did, then. She was an elemental force, powerful and overbearing, and when she entered a room it was impossible not to take notice of where she was, who she was talking to, how she carried herself. I liked her. People wanted to be around her even if she couldn’t speak the language. It didn’t matter to them. She was like a battery, giving off energy. If you touched her hair she gave off sparks and burnt wandering fingers with her flames. I knew she didn’t love me, but we were friends and she confided in me, and I listened to her when she wanted to talk. At night we boiled up lentils and ate them with softened carrots, onion and celery, and a bit of thyme, and as much fatty bacon as we could afford, and then we’d eat standing up, eating over the sink, and drink bottles of wine – I mean, really, bottles, more than one each and sometimes two or even three – and we’d talk about books and politics, and of men and women, and our desires, and how much we loved being alive and living, and how we wished for nothing more than to change the world, though we didn’t know how yet. Sharing the goal was more important than knowing how to achieve it. I liked books and she liked Parisian men, and it had been a dream of Dorothy’s to come to Paris and have sex with as many men as she could. She told me that she had had this dream as long as she could remember, since she was a little girl, and that she’d never wanted anything else. I’ve always needed to be here, she said. And I know I must do it now, while I’m young and it doesn’t matter that I can’t talk with any of them. I don’t want to talk. I just want to experience modern French love. Later, she said, I can worry about everything else that comes with living. But right now? ​Baise moi​, she said. It’s my motto. But not me, I was different; it had been my dream to read French writers in their original language, and I was getting there.

We both lusted after our own paramours, and giving our hearts away was easy enough. Dorothy falling in love with, say, Jean-Baptiste Michonis from the nearby boulangerie, laughing as he whispered in her ear and stroked her arm, or me, enthralled, pencil in hand, reading Camus’ examination of the societally condemned hero in ​L’Étranger​ – what, really, was the difference?

One night – any night, really, and often – I was muddling through the first chapter of, oh, ​Le sursis ​this time​, and through the paper-thin walls of our tiny apartment in the 9th arrondissement I could hear the creak of Dorothy’s bed and her soft cries of ​Oui…Oui…Oui​. It was all she knew how to say, and she said it well. Later she came into my room and slipped under the covers to sleep. I was still reading but I knew she wanted me to lie down next to her, that her coming to me meant that it was bedtime for us both. She hated to sleep alone, and missed the warm stone weight of her dog back in Kansas City. I am not a dog but I was content to be there next to her, though very often I lay awake for far too long as I listened to her breathing, red wine churning through me, the room spinning each time I dared to close my eyes, her arm across my chest, heavy, her snores, her breathing, humid and thick with wine, the smell of sex on her skin, coming from her pores, the sweat which transferred slickly from her to me through thin clothing and tangled limbs. Usually a night like tonight meant she would disappear tomorrow morning, before I was awake, for two, or three, or even four days, unknowably gone, wandering alone across misted white plains gone faded with time and hung heavily curtained with silence, but for now we were together for a little while yet.

And so I did what I always do to try to fall asleep. I know she didn’t love me, and probably I didn’t love her, but it was a bad time. I never had enough money and I was always hungry, and I stayed up too late reading dead French writers. Okay. Try to fall asleep. Say it with me: Lire. ​Je ​lis. ​Tu ​lis. ​Il ​lit. E​ lle l​ it.​ Nous l​isons. ​Elles l​isent. And repeat…

Damian Kelleher is a writer from Brisbane, Australia.  He has recorded hundreds of memories in miniature on his website, Railroad Perfection, and has a fondness for Australian Terriers and reviewing short stories from translated writers. @damiankelleher