Faulkner on the Balcony by Tristan Foster 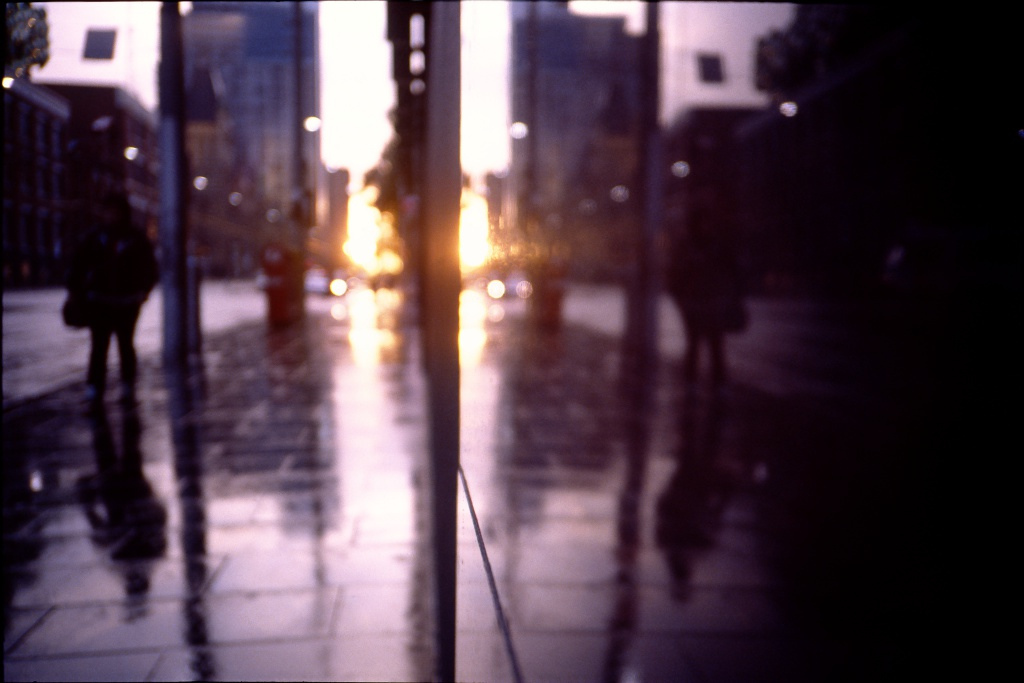 I probably shouldn’t write this.

Reading Faulkner on a balcony in Melbourne. A cold morning, as they usually are. Yesterday read Joyce by the bay, feet bare, the sand chilly and soft as snow, thinking that maybe we will have kidney. We? Who is we? You are not here and, last I heard, you are afraid I will find someone else in these small days.

I sit on the balcony with a hot coffee and a story about a funeral. Baudelaire in the suitcase. In pain and I can’t concentrate, let me tell you why. I am on street level, rocking back in a dirty weatherproof chair. Messy empty bed in the room behind me. A woman stands in the sun across the road, hoody on, smoking a cigarette fussily and checking her phone. I shouldn’t write this because these are secrets I wouldn’t tell anyone.

So, I have a confession—come in close: All my stories are love stories. About love and being alone. Searching for who knows what in places I both know and don’t. A journey into the heart, which is embarrassing to say. So let’s say into a ventricle, up an artery, down a capillary. Something has a hold of me and I don’t know what. I don’t know. I measure it in units I don’t know: in quarts, ounces, pints, gallons, drams. A drop, a pinch, a cord, a cup, a hekat.

Woke from troubled dreams thinking about the things we don’t want to let go of. Made a short list in hotel biro on hotel foolscap then balled it up before I could make it any longer. Thought of the things I don’t want to let go of and the things I could do to keep you. Here I am again wanting to take you to see art. I close the book and put it down. I climb over the balcony, hop onto the street. Into the world. I want to take you to see big, inexplicable things, earthworks and chapels, pieces that make no sense to us and that we can walk around. Kiss under. Lean against. Visit and almost ignore. Erected in the desert to be dismantled by the elements long after you and I have been forgotten. Or in the middle of the city, something pointless, at least now, like the Jantar Mantars of Jaipur and Delhi. This is my impulse. I shuffle across the street, between taxis, around a tram, into the park. The cool air breathing off the grass, encircling my legs and chest, around my neck and down my throat. Through my veins.

This city reminds me of the bad nights. Smoking dope in overgrown yards, getting drunk in the gazebo at the park. So late the dark’s bones begin to show. The bonfire growing so tall that the nails we left in the fence palings we used for kindling started popping like New Year crackers. Staying out because we were waiting and waiting for something magical to happen. Popping nails very nearly good enough. Home before dawn because the sun of another day isn’t magical. Not at that age. Told by the police to leave and we refused because maybe then something would finally

Waiting for love like we waited for dawn, but what do mere boys do with love? Knew then, even at that age, knew in the gut, that it would actually do something with us. Like the summer mornings of early childhood when we were about to go out for the day and found the car’s window in shards on the asphalt, wires stretched across the passenger’s seat and the radio missing. Door ajar. Startled by the sunlit violence of it all.

The feeling comes and goes. When it comes, it hurts like the place was jabbed hard a week ago. I wonder where it ends. In the park, in the grey morning, there is a swing set, a slippery slope, some monkey bars. I stand with hands deep in jacket pockets, obvious metaphors for life. The slide vandalised. Reminds me of the time I was sitting on a bench in the Tuileries. Gravel crunching under the shoes of Parisians on their way to work. On the bench with my hands clasped, cold and alone—we all know the feeling. I wonder where it ends and how. When I can concentrate on Faulkner’s funerals again. When the change of mind will come. If this is paradise.

Bike in a ditch and the feeling hurts. Hurts like. The bike like the skeleton of some antediluvian beast picked clean. I miss—but, more than that, it hurts. Wheel bent, spokes twisted, handlebars rusting. Almost as if it washed up here. The basket at the front compressed to uselessness but a helmet in the grass, upturned like the husk of a beetle. I pull the bike upright and take it for a walk. I direct it to the path then lift my leg over and sit, steady myself. Then start to peddle. We roll—we, the bike and I, rolling along the path, a dented wheel limp. Peddling under wide grey skies nine-hundred kilometres from where I should be. If I start now, maybe I could ride it all the way

I ride quicker and quicker, legs pumping, and the bike’s limp turns to a drum beat. Brakes don’t work, of course—obvious metaphors for life. I peddle and peddle, off the gutter onto the road. Car might back out and kill me, a tram swipe me. I peddle and peddle, looking for a hill to scream down. Swerve around a corner and lose control. The things I can do to show you this matters. Scream down the hill, wind in my hair, clothes rippling, then crash at the bottom, spectacularly, a heap of broken images—or obvious metaphors. I will fall off, tangle my legs in the bike frame, maybe fracture a collarbone, scrape my nose, forearms, knees and bleed. The blood gushing. Sever a main artery, hopefully—control lost. It hurts. Enough blood to fill

Tristan Foster is a writer from Sydney, Australia. He is co-editor-in-chief at 3:AM Magazine. His short story collection Letter to the Author of the Letter to the Father is published by Transmission Press. 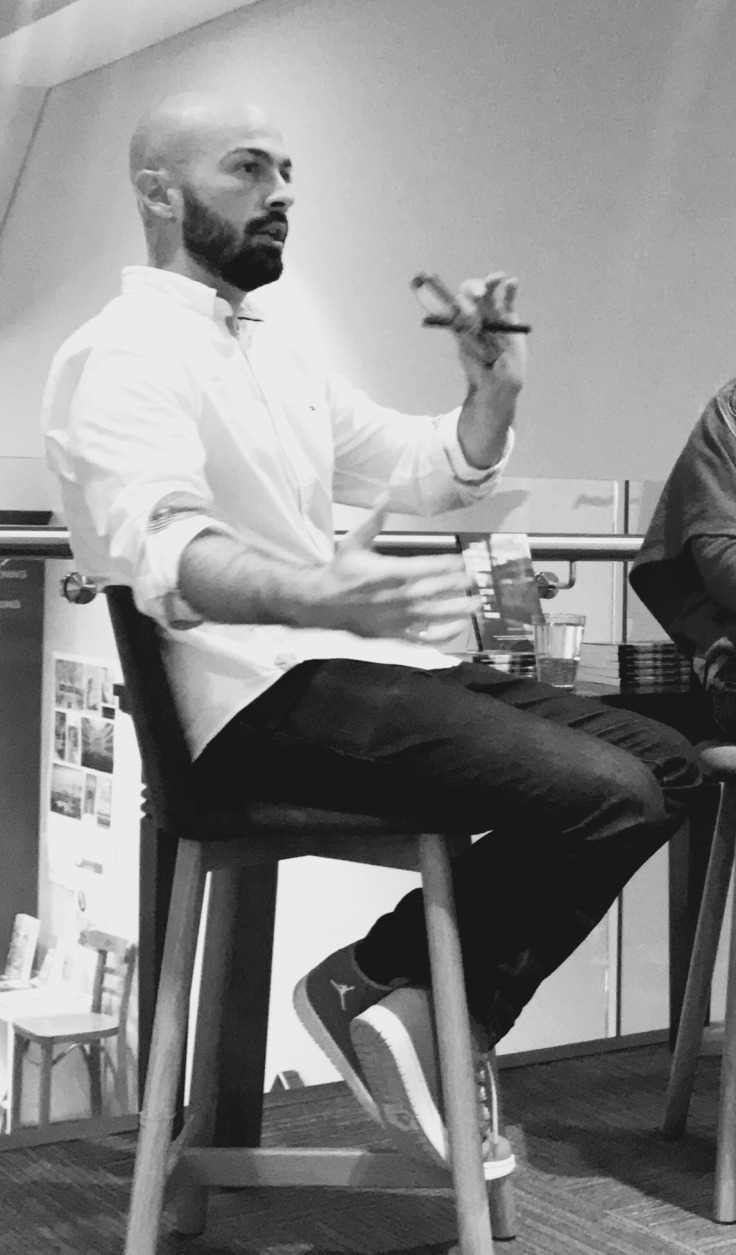 One thought on “Faulkner on the Balcony by Tristan Foster”