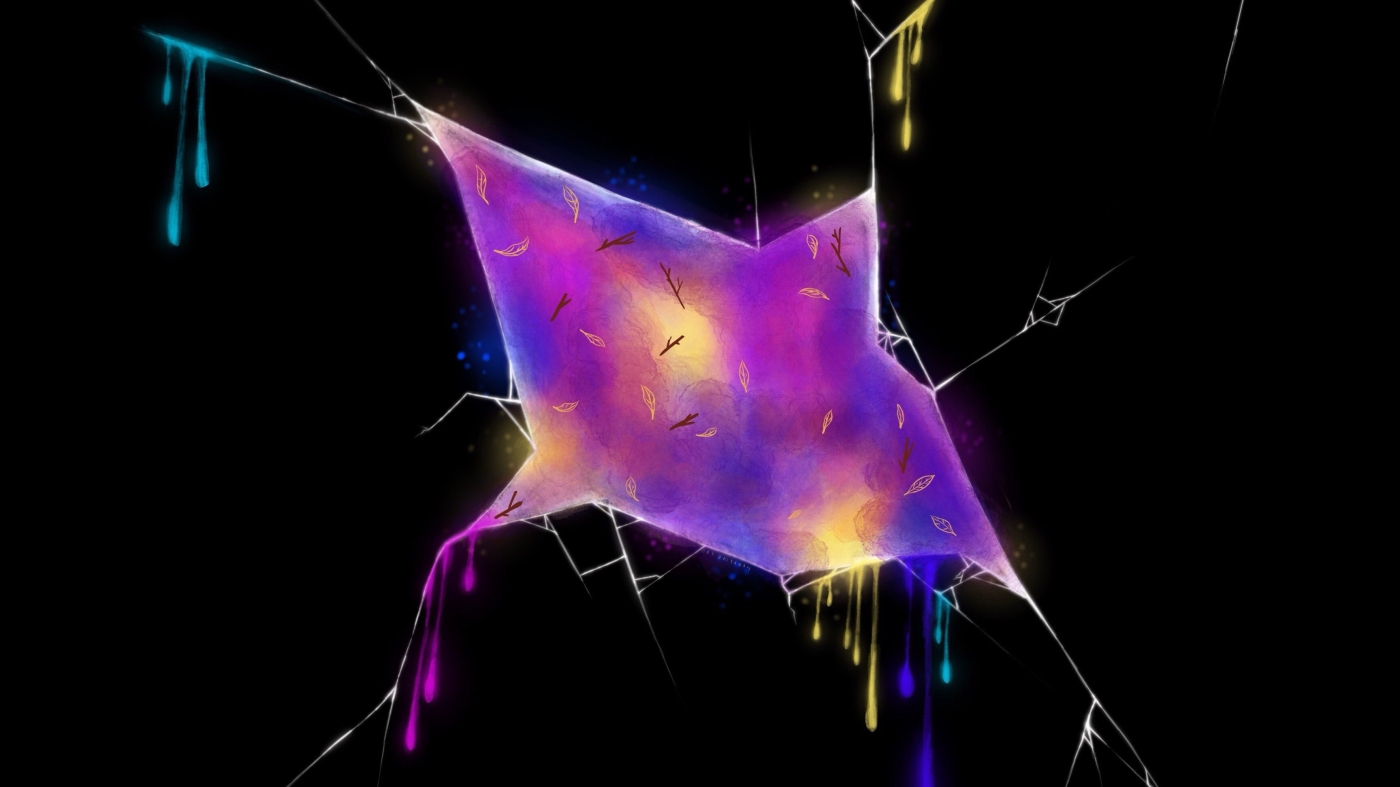 Ash and Stardust, a monthly column by artist, writer, and energy worker DHIYANAH HASSAN, explores the intersections of tarot with healing and creativity. You can read the rest of the series here.

What was supposed to be a two-week hiatus at the beginning of July bloomed into a one-month break from all digital screens. I turned off notifications, stuffed my phone in a drawer and only flipped its case open to check a couple of windows when a specific urge took over – always when a message came in that I needed to read. For most of July, I was alone with myself and yes, it started out lonely. My hiatus was triggered by a heartbreak and concluded with another. Each a checkpoint marking just how much can change and evolve once you remove distractions and allow life to happen on its own – and let me tell you, life is fast.

I can’t count how many times I’ve written, “Everything is, once again, different.” Because it’s never not true. Nothing on Earth stays the same, ever. From moment to moment, worlds collide and expand and change and die and manifest and transform and bloom and it can be so ecstatic, so disorienting that it’s easy to forget that a planet’s retrograde is a cosmic trick of the eye. That what we think we need, we really just think we need. What is important is to come back to this body – this one that changes from moment to moment.

I did a Year Ahead Spread at the beginning of the year and my card for July was the Eight of Cups, which never fails to remind me of the space in an airport between security checkpoints and the departure gate. Where your baggage adheres to weight limits so that before you set off, you had to sit down and discern what to keep and what to dump. It’s a space charged with apprehension and anticipation. Sometimes there’s overwhelming fear and uncertainty. You get into autopilot mode, following signs and symbols of instructions buzzing everywhere, working hard to maintain composure so you’re not taken by surprise and end up where you shouldn’t or don’t want to be. It’s not until the aircraft has locked on to its trajectory between layers of ear-popping sky and cloud that you start to relax. Sometimes, you don’t tell yourself anything until you’ve landed, bags reclaimed, bursting out the other side into arrivals hall.

Last month, I asked, What will it take for you to step into the unknown?

It seemed like this month was all about finding out what I’ve taken with me into that unknown. And the answer –  the only answer I could offer – is, “Nothing.”

The breakage that occurred this month happened to relationships I believed I couldn’t live without until they grew into a library of expectations I could no longer live with. One nearly exploded into a war between me and an image of myself I was afraid to let others see while the other exposed what aspects of my navigating arrivals and departures were problematic and needed to be worked on.

After the first separation, I grew lighter. I wasn’t allowing myself to obsessively refresh online screens or sit and plan social media posts to see if anything I did was clever enough to land me well-paying gigs. Instead, I had the time to be fully in my body – to be full of my body. To pay attention to the places the breath was going to as I inhaled and to observe how an exhalation could shoot the tension out of the soles of my feet.

In that lightness, I explored. Hiked into the most neglected terrains of my inner landscapes where things were frozen or overgrown. I learned how to identify what lack had done to me. How the significance of reclaiming my narratives on abuse and trauma had supported me out of survival mode but now that I was growing out of surviving, I was growing out of those stories too. I had already grown out of that Self.

I didn’t realize this was happening until the second separation, but it was becoming hurtful that I couldn’t be seen beyond the lens of trauma and survivorhood.

My survival of abuse and trauma will in no way grow less important over time – I lived through them for so long, I know better than to discount their terrors and their lessons. I know, too, that there will be moments when it is important to be seen through the lens of those experiences, especially at times when revealing something of my history could help catalyze something or someone forward.

I got hurt, then I caused hurt. There was nothing else to it, except for the miracle of returning back to certain points of the rupture where we sat down together so I could apologize for acting without listening and offer what I could so that in the end, we gave each other permission to change and release without needing to cut anything out of our experiences.

Life happens so fast sometimes that I forget we were given these bodies to learn how to be here with it all – even if it’s to hold hands and walk through departure gates together, not knowing for sure if we’ll still be holding hands when we burst through to arrivals, and being okay with that.

Ending these chapters allowed the person I was becoming to take form after releasing the person I didn’t want to turn into. The days after the initial pains, my days started to grow full of love and moments where I was so thoroughly myself that all I was responsible for was to let things just be.

What a plot twist!

Navigating an Eight of Cups departure, where you move from one transit point to another, the stories of you, your life, your history, hopes and dreams don’t need to exist and so they don’t. Without their weight distracting you, you let go of what you have lost throughout the years and learn to acknowledge all that you have gained and what is there for you, right now. Sometimes it’s not autopilot that moves you but the absolute wonder derived from the simplest movement your body makes as it creates one moment then another, this perpetual newness electrifying your presence.

Dhiyanah Hassan lives in Malaysia and is the Art Editor of Burning House Press. Find out more about her and her works on Instagram, Twitter, and her website.