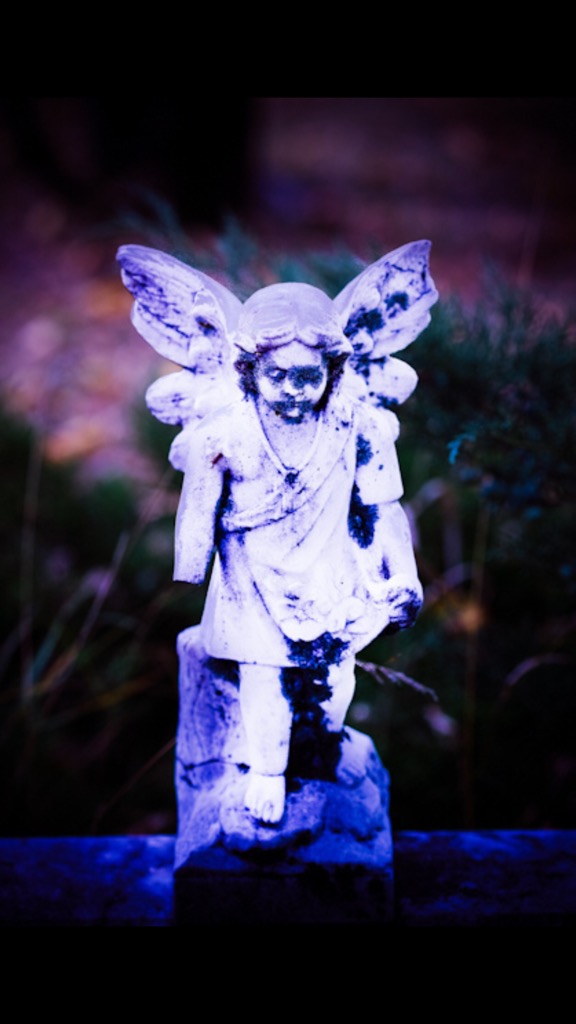 Vomiting in a cubicle space was definitely unpalatable and embarrassing. It was a repeated incident, despite the last projection occurring eight months ago. My boss remembered, so when I waddled up to her in my pencil skirt and tights, unaware that I would be moaning, convulsing, and caught under covers a week earlier than expected (and not on a fortunate weekend, mind you), she nodded for me to go, reminding me, “You’ve got sick leave.”

I’m sure no one at the office smirked upon my return, and even if anyone did, I shouldn’t have given so much attention to what others thought. Most of my coworkers were older, waking up everyday at around five thirty, making it to work on time, scurrying out the elevator when I did, and I still saw them most days out of the year even if they looked to be feeling lackluster. Twenty-five and childless when it seemed I was expected to initiate my next big transition, I felt weak. I felt weaker a short while ago. The day prior, in its sweat and the maternal frenzy that greeted me when I opened the door, ran for a chair, and repeated “Agua” in a pathetic, though sanguine sort of rapidity.

The convent receptionist brought the water bottle, grabbed the microphone by the dustless windowsill, and called for a nun repeatedly. She wasn’t praying, wasn’t eating, but worked in the kitchen, as usual. She ambled into the lobby, silk gray apron daintily taut around her frame so gracefully filled with an aging that I imagine was always, irrevocably, completely man-free. To not cry over boys is a feat I never successfully handled. And while I eventually did vomit later that night, I cried for the first time in weeks for Eve’s sins. Not for a hangover some guy friend usually thought I was referring to when I told him I was paying for Eve’s sins. Pointing to your pained stomach doesn’t clarify, and pulling out an Always or some other kind of post-infancy Pamper either scares the boys off, invites silly questions, or prompts a song and dance about how truly, there are worse things than failing to launch a miniature space shuttle in your parents’ backyard.

Regretfully, my Spanish grew limited over the years to the vocabulary needed in an office. How to get the client what he or she wants, but these kinds of clients didn’t see us because they were sick. They saw us feeling God had forsaken them. I shook my head, preemptively annoyed. I could barely swallow the lukewarm water that swished between the blistered insides of my cheeks. And historically, I vomited from eating watermelons, but never from tiny apples.

My expectations of the worst left me with images of myself, convulsing still, this time on the ground, pale, throat bulging because in my frenzy, I had swallowed an apple core. Thirty minutes before stumbling home, I felt my chest grow smaller and smaller, my collarbones somehow taking a life of their own, twisting together, a hard noose. This is what the nurse practitioner called psychosomatic pain as I sat in her office at age sixteen, convinced I had mononucleosis. She scraped my ears, cupped my lymph nodes, pinched my cheeks, and told me, “It’s all in your head.” She advised me to pray a bit harder.

But on these occasions, sometimes more than once a month, blood soaked into the wood pulp. The stuff lady diapers are made of.

A third woman stepped into the lobby, ready to go to the grocery store. But I sat, slumped in the chair, my waist-length pea coat falling from one shoulder, favorite red cardigan unbuttoned, white tank top exposing a sports bra that still didn’t leave me feeling any more ample than I hoped to appear when I was told that sports bras squeeze your boobs together, making you feel prettier, womanly, or deceptively maternal. I looked like I was still twelve years old.

The women spoke of chili powder, lemon, fruits, heat pads, and of course, the manzanilla. I shook my head as they asked what was wrong, the aproned nun wondering if I was allergic to ibuprofen. I shook my head and muttered “Vicodin.” She laughed. “No lo tengo.”

I knew that I wouldn’t be carrying my bag across my shoulder, shoes in one hand as I walked up the stairs. The receptionist stayed, the nun and the grocery shopper rushing me into the elevator. I began to cry. Soft, loud, and annoying. For weeks, I slept to a cat’s begrudging screams as the barb of life struck outside my window. I had contemplated grabbing a tennis ball, tossing it through the branches below. But this day, I was the nuisance.

I had the room of a working girl. It was the kind the repairman stared at, going into longwinded, sigh-worthy stories about his packrat teenage daughter who refused to go to mass on Sundays. My clothes, art canvasses, unworn headbands, and issues of Cosmo reminded him so much of her. I wanted to apologize for all my boxes, my worktable topped with mismatching things. A gallon of lemonade, some laundry detergent. Nutella, and a manual on tourists’ Mandarin. Elizabeth Wurtzel’s Bitch, a book on “difficult women.” The nuns called me The Unusual Girl.

But no one told me to tidy up as I tried somewhat earnestly to rearrange my life in a way that was best for myself, even if this entailed living in a convent in my mid-twenties, with a curfew. The nun tucked me in and asked me if I was cold. “No, no.” I shook in my unmade bed. She asked me if I ate, and I told her that I had. “Quiero dolor, quiero dolor.” I repeated myself, hand over head. Her lips curled, confused. She closed the door, said she would soon return, and I realized, “What the hell. I’m already in pain. Why would I want it, or at least some more?” I wanted to sleep until the world ended.
Dormir was the word. Si el cielo se cae, quebrarse han las ollas. It wouldn’t be so bad. I wouldn’t have to cook. I’d continue eating Pop Tarts and Nutri-Grain bars. I wouldn’t have children, as no man would want me, and I’d reach my seventies, minimally wrinkled and somehow fulfilled. Just like the nun.

She opened the door again, the necessity to knock as nullified as an expectation that I apologize for my mess. “Take two.” She offered me the Kleenex. The pills were smaller than apple cores. I wasn’t going to die and I didn’t think I’d have to call in sick the day after.

But the following morning, I called in. I vomited several times throughout the night. Maybe my boss knew. Maybe my boss didn’t care. I rarely called in sick, and save for the incident the previous February, I had never been sent home. But on that day, it happened. I had something happen that happens to most other women. I’m not sure if I could have dealt with it better, but it would have been nice to anticipate the weekend for reasons other than painful bed rest.

I looked at the Styrofoam cup the nun handed me minutes before I dozed in my sweat. She reminded me it was hot, and didn’t want to place it directly in my hand. I took it anyway, sipped, and asked just what flavor of Theraflu she stocked in the kitchen.

“Es manzanilla.” She was sure. I wasn’t, as I thought apples were solid.

“Jugo,“ I nodded, one hand over my stomach, preparing for the vertigo that usually came those sorts of weeks when I had to lie down.

“Baby, it’s just chamomile.” She laughed and waited as I drank it all down.

I woke up six hours later, still wearing tights. I was cold, my sports bra exposed. Manzanita Sol. That’s what I was thinking of. Mexican apple soda. And clearly, I was quite confused by the Spanish word for apple. I never quite mastered diminutives, and yet I acted diminutively, and was called diminutive names whether I spoke or not. I cried, not for a boy, but for what I thought was a rather diminutive girlhood. Even though I turned twenty-five only recently.

Awaiting another doctor’s appointment to assess the root of my pain, I acknowledged that in at least one, two, three, maybe twenty-five aspects, I always seemed young. But for this, I didn’t cry, even for some imaginary boy I wasn’t even sure wouldn’t want to put up with me. But I promised the nuns that I would dutifully mop my room, at least once a week. I would also make an effort to attend mass on Sundays. 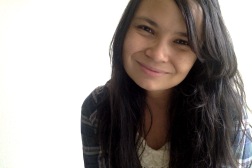 On the weekends, Kristine Brown frequently wanders through historic neighborhoods, saying “Hello” to most any cat she encounters. Some of these cats are found on her blog, Crumpled Paper Cranes (https://crumpledpapercranes.com). Her creative work appears or is forthcoming in Hobart, Sea Foam Mag, Philosophical Idiot, The Pangolin Review, Burningword Literary Journal, among others, and a collection of flash prose and poetry, Scraped Knees, was released in 2017 by Ugly Sapling. Twitter @dandyflight