There are familiar streets where I walk often. I know them as well as my home, yet every day I notice small differences – changes in the light or weather, a shift of angle, something dropped or spilled – and most days I take a few photos.

There are unfamiliar streets where I travel watchfully. I have a poor sense of direction and am easily lost. I look for small things – the colours of a poster, the shapes of a tree, a pattern of cracks in a wall – to mark my way. I take quick pictures to locate myself, as if leaving a trail of thread or a sprinkling of crumbs along the path.

Sometimes, from the corner of my eye, I see a shape or pattern and have a sense of how it might look reflected back on itself, as in a pool or mirror. When I get home I copy and flip the image and join the two together. The results are never quite what I expected – more strange and complex, they often have the look of characters from untold stories, misremembered folk tales, a lost tarot.

Each one holds the memory of the moment I found them – why I had been there, the time of day, how I felt, what I was thinking about, the scents in the air, the light of the season, the spirit of the place. They also arrive with a distinct personality, carrying their own surprising messages and meanings. 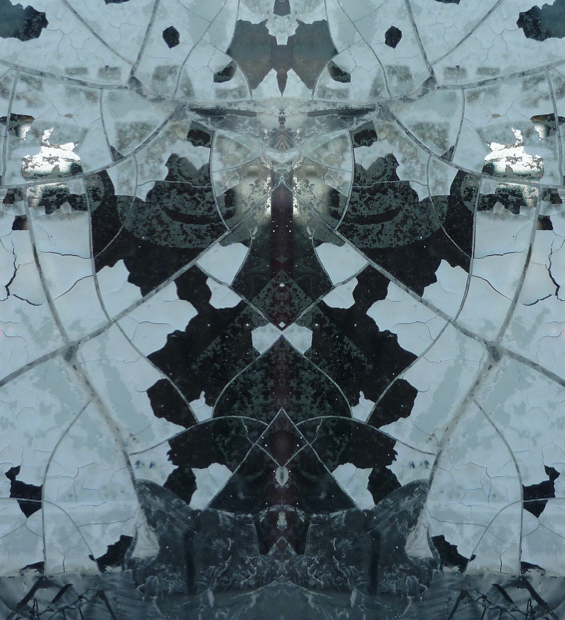 I    Cracked Goddess of the Snack Bar Window 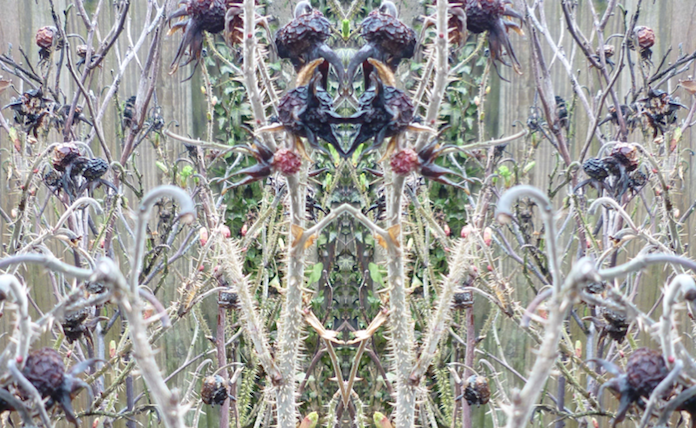 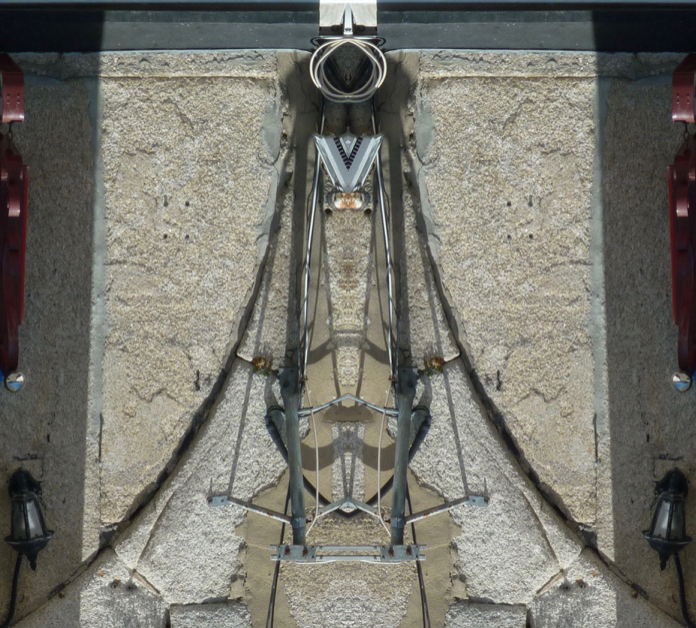 VI  Wired Witch of the Back Streets

Mary Frances wanders around a lot taking pictures of things which aren’t there. 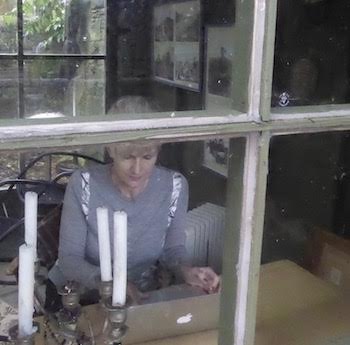