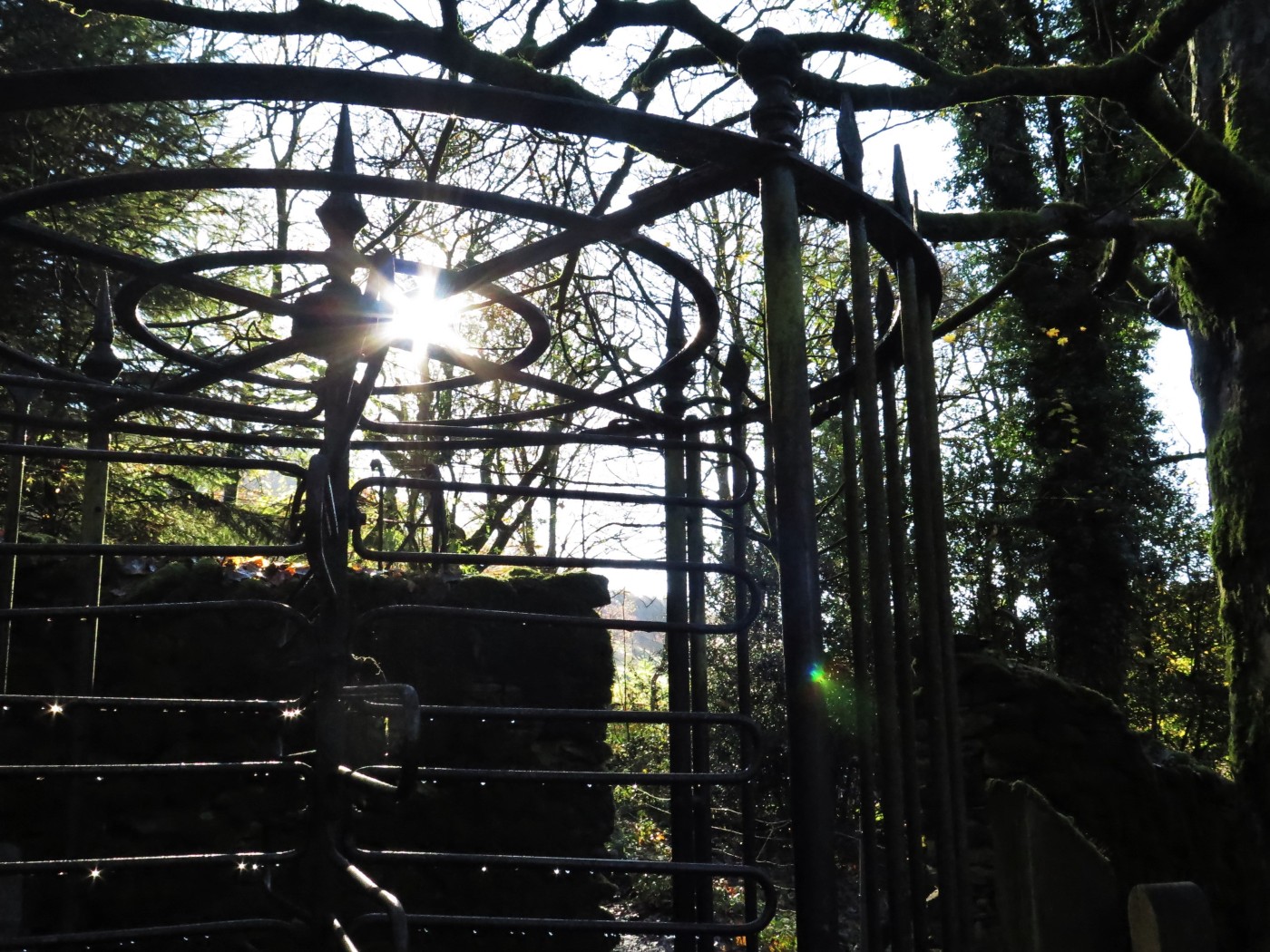 It was for Joanna Newsom that I left my wife and children, all of whom I adored more than anything in that world which I left behind and to which I will never go back. My defence is sound, you’ll see.

I’d checked myself into the hospital, just like they tell you to if you’re experiencing difficulties in breathing, have a tight chest and your head is spinning. I passed swiftly through triage and onto a bed where they wired me to an ECG, took blood and then abandoned me to crisp blue curtains and the metronomic beep of an ignored monitor.

Hours passed. Boredom and discomfort grew disproportionately. The blue of the curtains deepened, taking on a dusky hue, while electrical leads and various tubes twisted and moved, sprouting new vine-like growths before my eyes. At some point I abandoned my struggle to keep a grip on things, to stay rooted in reality, and I plugged earphones into my device, selected Newsom’s Have One On Me and shut my eyes. I challenged Joanna’s sweet, deceptively complex melodies to soothe and enchant, to shut out the pain. It worked, and soon I was adrift, found myself lying in a field of barley under hazy sunshine, watching weightless seeds float on a mellow drift of warm air.

Curious at my new surroundings I stood and saw that I was at the edge of a dense coppice. I peered into the glade as far as I could, my eyes adjusting to the shade of the wood, and saw my serenader through the trees, standing still. Wordlessly, she beckoned me across an invisible border and I stepped inside. She signalled me to be silent, took my hand and led me deeper. I followed, as best I could, as she careened along the sheltered holloway like a doe through its cuniculus. The sunken trail, to her familiar, was to me a course of surprises and pitfalls. And I swear there were faces, familiar and friendly, gazing out from the shadowy thicket, a sense of leave-taking and closure in their gracious smiles. I ducked and swayed, evading this branch or that bramble until finally she stopped as the banked path shallowed out and we emerged into a tight ring of trees. The stooped boughs and low, overhanging branches offered a leafy roof, the soft bosky light was cosy, womblike.

I marvelled at the trees and how unfamiliar they seemed. Well that’s no surprise, I told myself: when was the last time you saw a tree in its natural habitat, let alone a few hundred? No wonder they looked at me with mutual circumspection. I felt tired after my exertions and laid down to rest, curling into a spongy bed of fern fronds, immediately falling asleep.

When I awoke Joanna was gone, though her song, murky now as though sung on the other side of a thin wall, could still be heard, or perhaps felt. Felt, yes! And I realised how much better I felt: better, in fact, than I could remember, unencumbered, free. Time stretched out to irrelevance, barely existing. I sat. I slept. I rolled around and crawled. I ate. Clumps of cow parsley, ripe clusters of elderberry and wild strawberry; I devoured goosegrass, wood sorrel, hazel, pignut and ransoms and feasted upon Russulas, Charcoal Burners and Chanterelles, Dryad’s Saddle and Inkcaps. I ingested Fly Agaric and Liberty Caps.

But time and space, from nowhere, encroached upon my senses, and I thought how the forest had become a wood, a grove, no more than a spinney. Joanna returned then and advanced me with maternal art, up through trees and bushes then, before I knew what was happening, out into a clearing of vivid colours and lush beauty that was scented of fig and roses. The leaves gleamed, dripping dew which, on landing, emitted the honeyed notes of a celestial harp in perfect harmony with her now crystal-clear music.

The dell, a re-imagined Eden, teemed with cavorting fauna. Jack-rabbits banged drums, badgers shook tambourines and a crow, perched upon the rump of a one-eyed, grinning bobcat, played the flute. Newsom—now a radiant Gaia, hovering above the scene with the body of a kingfisher—urged me to let go, to embrace my new life. I looked back but could see nothing beyond the ashen wood. What negligible resistance there might ever have been had vanished. I twitched my nose in assent and hopped over to the other jack-rabbits and joined the party.

Gene Farmer lives in the UK. His previously published work can be found at https://genefarmer.wordpress.com/short-stories. He tweets as @genedfarmer.

2 thoughts on “Jack by Gene Farmer”